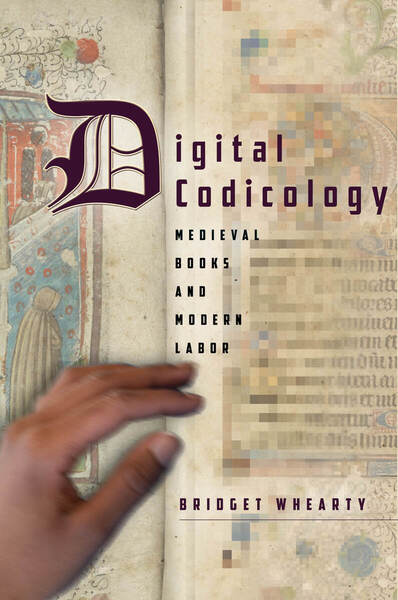 The introduction uses the digitization of Huntington Library, MSS El 26 C 9, the Ellesmere Chaucer, to highlight what has habitually gone missing in writing about digitization—namely, the many laborers and bookmakers, medieval and modern, who mediate between premodern books and contemporary end users. It suggests that this erasure and historic discomfort around digitization are both rooted in late twentieth-century celebrations of "the physical" versus "the digital" and concerns that the rise of computers would inevitably bring about "the death of the book." As a corrective, it proposes a special extension of the Caswell Test to include digitizers and library technologists. Doing so brings modern research more in line with long-standing methodological commitments to historical scribes, printers, and copyists, and with our more recent engagement in experiential research, by partnering with medieval scribes' modern heirs to rigorously understand digitization from the inside out.

Chapter 1 demystifies the processes of creating digital manuscripts by tracing the creation of a single digital book: Stanford, Stanford University Libraries, Department of Special Collections, Manuscript Collection, MSS Codex M0379, a largely unstudied fifteenth-century book of hours, which was digitized in November 2014. Pushing against scholarly generalizations about digitization, this chapter foregrounds the specifics of library-authored standard digitization workflows. I also foreground the intellectual and bodily labor that goes into making a digital book, connecting modern digitization to a long history of scribal labor, preserved in medieval scribal complaints. This chapter concludes by showing how embracing a more self-consciously medieval and global perspective on modern digitization reveals that the erasure of modern copyists is a particular, limited regional choice and not a transhistorical, transnational norm.

Chapter 2 traces the media history of an autograph manuscript by the poet Thomas Hoccleve. It begins with the manuscript's digitization in 2014, and then follows HM 111 through its six-hundred-year copying history: from the early 1420s to 1796 as Poems by Thomas Hoccleve, Never Before Printed, edited by George Mason, to 1892 as Hoccleve's Works, Vol. 1: The Minor Poems, edited by Frederick J. Furnivall, to 2002 as Thomas Hoccleve: A Facsimile of the Autograph Verse Manuscripts, edited by J. A. Burrow and A. I. Doyle—both for the Early English Text Society. Much of this media history demonstrates that HM 111 was not being copied into emerging reprographic media; this chapter challenges long-standing commonplaces about new copying technologies opening up access to inaccessible works. Instead it shows how perceptions and critiques of digitization are deeply rooted in predigital copies and technologies.

Chapter 3 analyzes the rise of digitization from the mid-1990s to the mid-2010s through four separate digitization projects, each of which created a new digital manuscript of John Lydgate's Fall of Princes: Digital Scriptorium and New York, Columbia University, Rare Book and Manuscript Library, Plimpton MS 255; a student-driven digitization of Victoria, University of Victoria, Ms.Eng.1; the British Library's Catalogue of Illuminated Manuscripts and London, British Library, Harley MS 1766; and Bibliotheca Philadelphiensis and Philadelphia, the Rosenbach Museum and Library, Rosenbach MS 439/16. Even when digitized manuscripts exist in the atemporality of the internet, each is the product of particular institutional homes, creators, and moments in internet history. Reading these digital book histories together brings into view some of the overlooked ancestors of modern digital manuscripts, showing how these precedents have shaped digital manuscripts and our expectations of them today.

4 "Interoperable Metadata and Failing toward the Future"
chapter abstract

Chapter 4 explores descriptive metadata, data curation, and experiments at manuscript interoperability, drawing on my experiences as a postdoctoral fellow in data curation working on the now-shuttered digital manuscripts project DMS-Index. Case studies here are data sets created by The Digital Walters by the Walters Art Museum; Parker on the Web by Corpus Christi College Cambridge, Cambridge University, and Stanford University Libraries; and e-codices, the Virtual Manuscript Library of Switzerland. This chapter shows how the formal qualities of each metadata set, as well as the metadata schemata each repository used, determine the future of manuscript reuse; and how metadata and reuse are always shaped by a vast community of unseen bookmakers who are collectively deciding the digital futures of medieval books. It concludes by exploring the different time scales in academic departments and in libraries and museums in which digital projects' successes and failures are assessed.

The coda uses manuscript copying errors, analog and digital, to explore a fault line in how we do digital codicology: whether we think of digital manuscripts like programs to be updated and overwritten or whether we treat them as unique books to be preserved, unchanged. It ultimately offers a middle path drawing on software versioning methods to make a stable and public space for changes made to digital manuscripts, and the people who make those changes, to be more explicitly and carefully recorded.

The appendix offers seven steps to put in action the methods developed throughout the book.