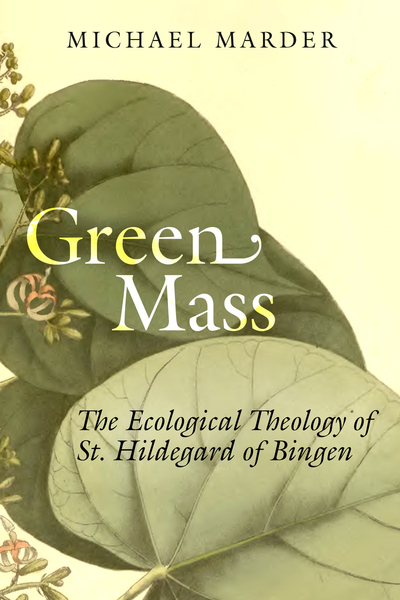 After an introduction, where time is on the move, the actual Prelude will begin. In itself, the Prelude is also an introductory set, where it is announced what will happen in the upcoming movements in the mass. This is an invitation to a space, which is to be a gathering and a gathered listening.
7 min 58 sec

A still worshipping, innocent recitative about the future and memories. The movement consists of several choices about branching roads and where they lead. It is an expectation of the coming and an innocent farewell to the past.
4 min 17 sec

This movement, which comprises two parts, is an unstable search. The first part circulates like a raga, where each voice tries to find its own position in a common space. The second part that partially overlaps with the first is more like an individual rotation that seeks an eternity in its diminishing listening.
4 min 56 sec

An attempt at approaching Hildegard's view of composition. You can call it “symphony,” as far as the shape and not just the sound is concerned. There are echoes of times in different spaces. The future will be the present and the present becomes the future. Voices meet both the bells of time and the singing of loneliness in separated tones from another space. Together, these elements form a dreamlike state of uncertainty.
7 min 08 sec

This movement consists of an impossible combination of two completely different instruments, two souls, violoncello and piano. The piano with its short strokes and the cello with a play of possibilities. It is a fragmented game that seeks contact in the other without actually achieving it. The unattainable becomes a leading part in itself.
5 min 20 sec

The leading voice, a cello, plays in the present and in a recent past, with an insistence on the task of keeping and preserving Hildegard's melodies. It is an intense cello that meets elements of a different kind. Stones seeking light and a threatening earth are mixed with an understanding of space. The wear-and-tear and the contradictions seek their mediations. The sentence ends with a chord in space that answers with a “perhaps.”
6 min 33 sec

Anarchies only have the form that listening gives them. There is no beginning and no end here. Different fragments are set against each other and circulate freely in a space that has neither limits nor directions. This movement / part may be intercepted and crisscrossed with beginnings and ends at any point, and it may last for an eternity. That the end is arrives and extinguishes the movement is just a coincidence.
9 min 38 sec

Touch, as when a hand touches a string through the bow, is a gesture that gives a feeling of close contact. The possibilities of a game on the two sides of contact are inexhaustible and can lead to a relationship between them as well as to a situation where no further contact is expected. It is made of brief touches that are never innocent but declare the desire for understanding. The string quartet that appears here was for a long time regarded as the ultimate form of ensemble playing. There will be an intimate low-key play between four parts that move out of the same material.
4 min 22 sec

The Postlude is both the opposite and the follow-up to the Prelude. Instead of calling forth and notifying listeners about what is coming, it puts the memory of the bygone at the center. The moment begins like a fugue, which will be taken over by a new world. Memory becomes a dream, and clangour asks questions that can be only left unanswered. The Postlude is a farewell where no final word can be said. The decrease that takes place is successive and ends at zero.
7 min 42 sec