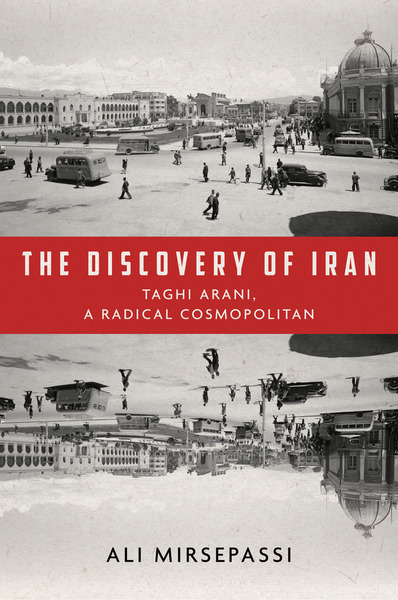 The introduction sets the stage for the subsequent reinterpretation of Iranian nationalism by revisiting the motivations for Reza Shah's 1935 decision to change the name of what was then Persia to Iran. It questions the historiographical tendency to view the name change and broader nationalist attitudes of the interwar era as having been motivated by an Aryanizing impulse imported from Germany. It is in this vein that the introduction situates the intellectual impact of Taghi Arani, a radical cosmopolitan thinker of Iran in the twentieth century.

This chapter offers readers an overview of Arani's life and times. It weaves together his experiences living in foreign-occupied Tabriz, his coming of political age in Berlin, and his return to Tehran to contextualize the development of his increasingly cosmopolitan vision for Iran. It surveys Arani's intellectual and political activities in 1920s Berlin, and his work as editor of Donya magazine in 1930s Tehran.

2 Among the Nationalists in Berlin, 1922–29
chapter abstract

This chapter examines the interwar history of Iran, focusing on the Pahlavi state's assumption of power and Iran's occupation by British, Russian, and Ottoman forces during World War I. It assesses how Iranians in 1920s Berlin responded to these events, and examines their political activities and written output. It argues that an overtly racialist strand of Iranian nationalism, which sought to situate Iran in the arena of Aryan nations contra its Arab and Turkish neighbors, developed a response to pan-Turkism and Ottoman nationalism, which was encapsulated in Roshani Beik's arguments for the "Turkishness" of Iranian Azerbaijan.

This chapter discusses Arani's early years in Berlin with an eye toward individuals and institutions formative to his political outlook, chief among them Hossein Kazemzadeh and the German orientalist Friedrich Rosen. It offers a close analysis of Arani's early writings on the social function of the Persian language and its potential role in unifying the modern Iranian nation.

This chapter discusses Arani's publication of Donya magazine and the political tenets central to its editorial outlook. It does so by analyzing Arani's statements on Donya's mission and his editorials on its initial reception in Iran. These self-reflective statements offer insight into how Arani conceptualized the political function of Iranian intellectuals in terms of their potential for introducing the idiom of revolutionary change into public consciousness.

5 The Persian Language, Past and Present
chapter abstract

One of the most noteworthy pieces of Arani's writings is his essay "Changing the Persian Language." In it, Arani articulates his vision of a cosmopolitan Iran by juxtaposing his vision of of the nation rooted in its material or historical reality against those Iranian nationalists who sought to alienate Iran from their own cultural heritage by purging the Persian language of Arabic words. This chapter argues that Arani's call to adapt Persian to modern scientific realities by accepting the use of foreign technical terms already in currency evinced his pragmatic and antichauvinist sense of nationalism.

This chapter focuses on Arani's major critique of the antimodernism he saw as inherent to the contemporary resurgence of 'erfan or mysticism. Arani published a three-part series of articles that advocated a materialist reading of mysticism's popularity in Iran and abroad. His critique of the contemporary French philosopher Henri Bergson, whom he regarded as representing the latest strain of that antirational thinking, is central to the chapter.

The last section of the book discusses the importance of Arani's thought to Iran today. Arani's radical cosmopolitan vision encouraged a sense of historical appreciation for Iran's pre- and post-Islamic past, while retaining a forward-looking embrace of the modern moment.