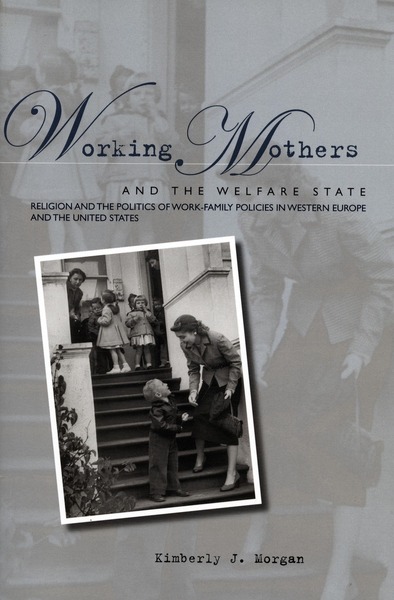 Working Mothers and the Welfare State
Religion and the Politics of Work-Family Policies in Western Europe and the United States
Kimberly J. Morgan

While the extent of female participation in the labor force varies across western countries, most have experienced a substantial change in women's attachment to the world of paid work. Everywhere, this trend has raised two central questions related to the children of working mothers: Should mothers of young children work outside the home at all? And if so, who bears responsibility for assuring the care and well-being of their children? Comparing the various policy choices made across France, the Netherlands, Sweden, and the United States, the book shows that there are differences in the extent to which societies accept both the idea of working mothers and the role of the state in shaping gender roles and children's lives.

Morgan employs a comparative historical approach that focuses on three time periods: the late nineteenth century, the era of rapid welfare state expansion from 1945 to 1975, and the period of seeming welfare state stagnation since the mid-1970s. The author shows how, starting in the nineteenth century, religion influenced political development in the four countries the book studies. Historic patterns of church-state relations and conflicts over religion affected ideologies about gender roles and the family, as well as the way religious forces would be incorporated into political life. These forces shaped welfare policy between 1945 and 1975, a critical time for social policy expansion. During this period, socially conservative forces in countries such as the Netherlands and the United States blocked policies that would encourage mothers to work, while the weakness of these forces enabled such policies in both Sweden and France. Morgan concludes that these policy decisions have had an enduring impact, in part because the expansion of the welfare state has been curtailed since the 1970s.

"Combining masterfully historical institutionalist and feminist approaches to welfare state scholarship in comparative perspective, Morgan... provides a rich and highly prescient analysis of the politics of gender and the state over time—one which links the past, present and future in both a scholarly and applied way... [Her] book is an outstanding contribution to a burgeoning scholarship on gender, religion and politics, and the welfare state that should be on the shelf of every scholar who works on these issues and be adopted into a wide variety of curricula."

"This bold and original study makes an important contribution to the literatures on gender and social policy in (and across) several disciplines. Morgan offers a richly documented account of the history and current state of policies toward wage-earning mothers, focusing primarily on child care, in four nations: France, the Netherlands, Sweden, and the United States. Sweeping and persuasive, the comparison reveals previously hidden nuances of policy and shows, surprisingly, that religion played a major role in all four cases. Working Mothers and the Welfare State belongs on every reading list."

"This is a terrific book: concise, well written, and packed with useful information on cases that will be of great interest to readers. Morgan's argument about the centrality of the religious cleavage, taking a page from Stein Rokkan, will become a touchstone in discussions of the origins of policies towards women's employment and the welfare state."

"In this rich historical and comparative analysis, Morgan illuminates the ways religion—both historic cleavages as well as contemporary orientations—has entered policymaking and partisan politics with profound consequences for how we structure our collective arrangements for care, employment, welfare, and gender."

"From the politics of child care in France to the consolidation of the private market model in America, Working Mothers and the Welfare State astutely dissects each implementation, exposing its strengths and weaknesses as well as its implications for future generations of mothers and children. A thoroughly researched critical examination especially recommended for women's studies shelves."The Bookwatch

"The book is well written and modest in length, yet full of details." 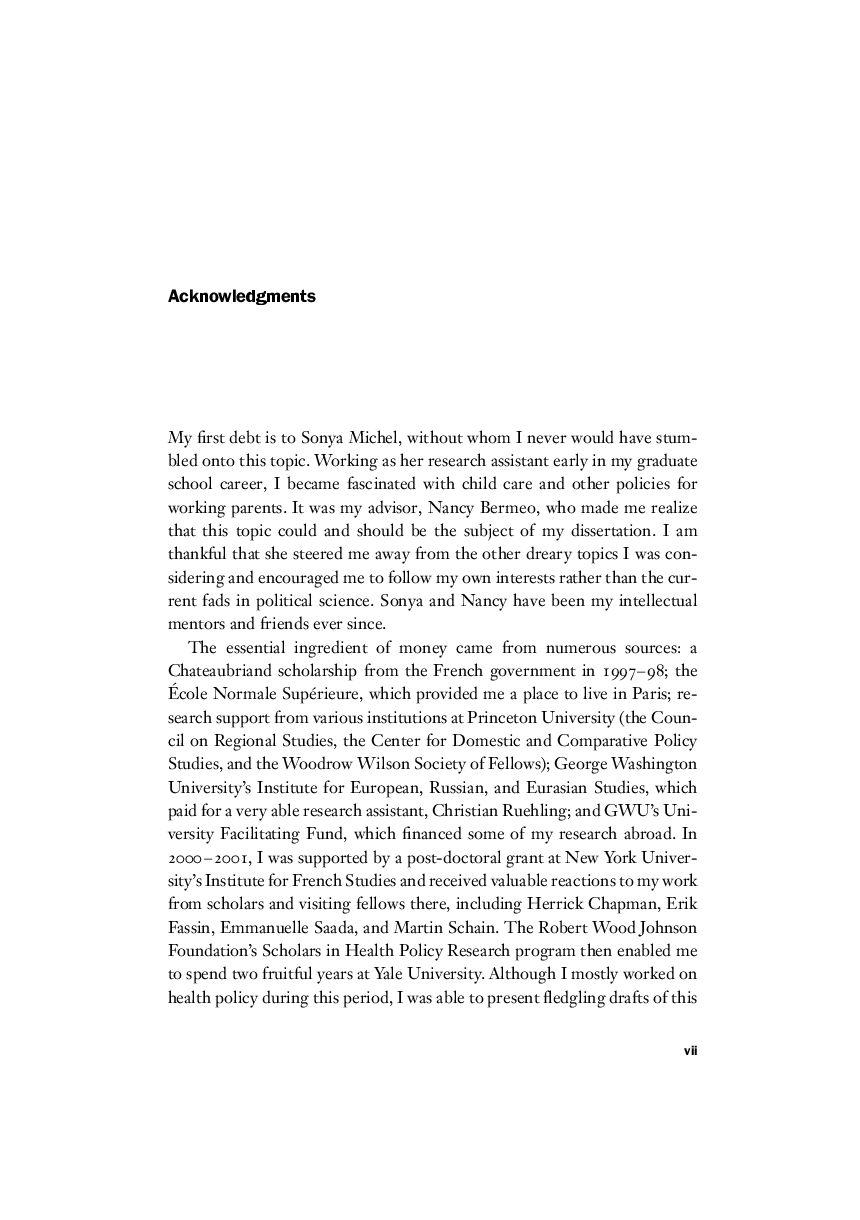 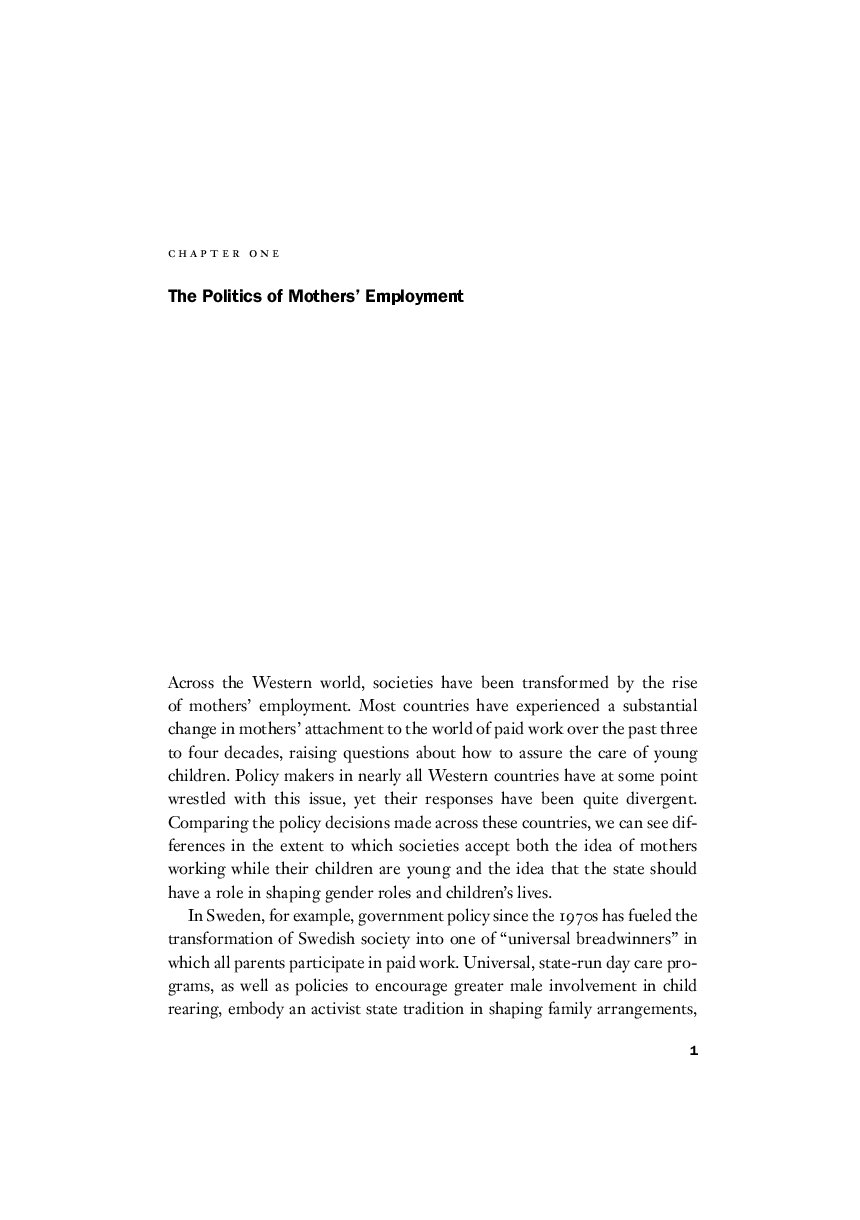 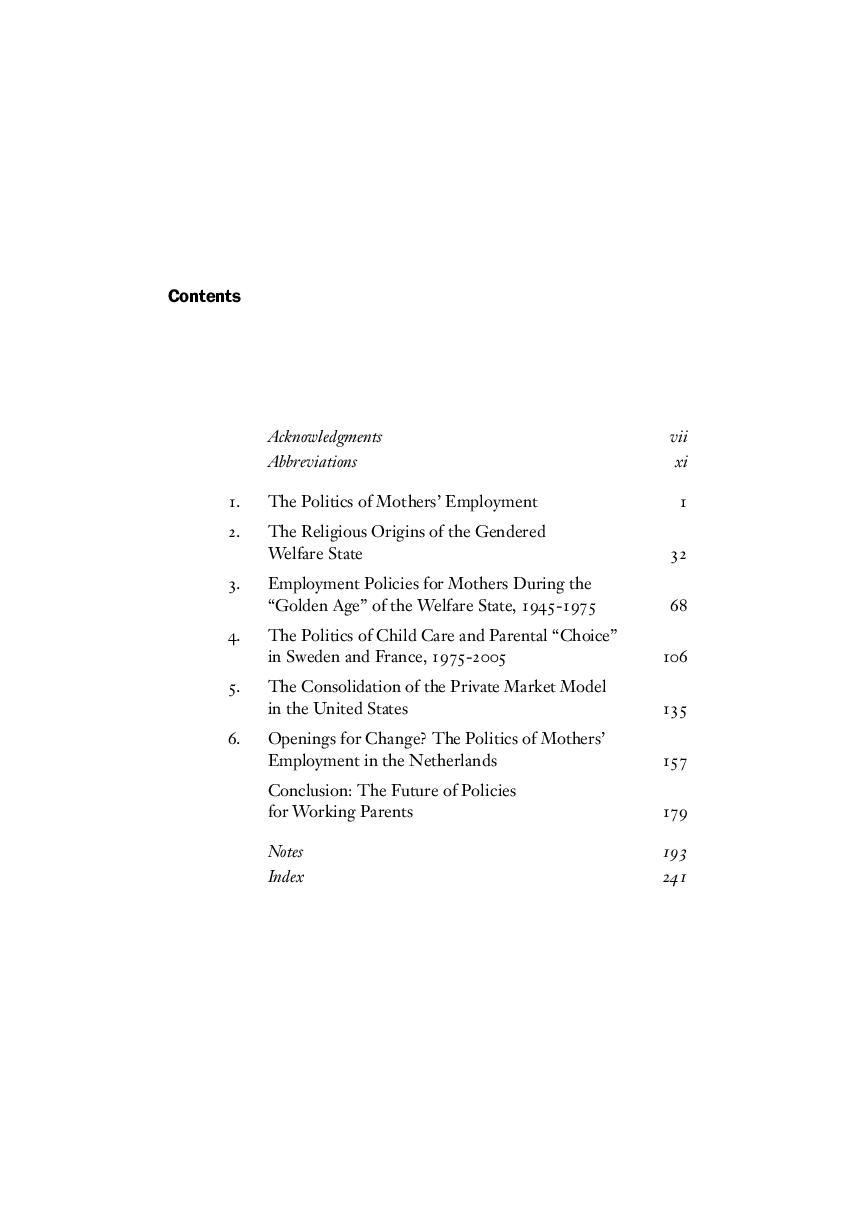