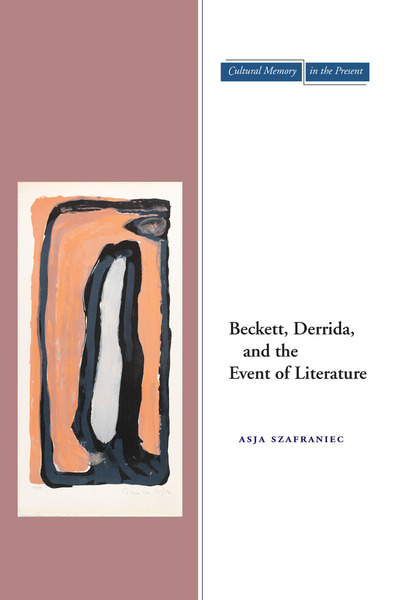 Beckett, Derrida, and the Event of Literature
Asja Szafraniec
SERIES: Cultural Memory in the Present

The late Jacques Derrida’s notion of literature is explored in this new study. Starting with Derrida’s self-professed inability to comment on the work of Samuel Beckett, whom Derrida nevertheless considered one of the most interesting and exemplary writers of our time, Asja Szafraniec argues that the shared feature of literary works as Derrida understands them is a double, juridical-economical gesture, and that one aspect of this notion (the juridical) is more hospitable to Beckett’s oeuvre than the other. She then discusses other contemporary philosophical approaches to Beckett, including those of Gilles Deleuze, Stanley Cavell, and Alain Badiou. The book offers an innovative analysis of Derrida’s approach to literature, as well as an overview of current philosophical approaches to contemporary literature, and a number of innovative readings of Beckett’s work.

"Those who live by the word have unfinished business with the achievement of Samuel Beckett. Asja Szafraniec's ambitious study, taking Derrida's elaborations as measures in turn measured by Beckett's corpus, is as clear and comprehensive and illuminating a progress with the complex of these performers as one might ask for. Near initiates of this region of crisscross between what is called philosophy and what literature, as well as experienced warriors within it, should find cause to be grateful for Asja Szafraniec's sure hand and expansive connections."

"This is a remarkable and valuable work in many respects, in particular because it is not only the first, to my knowledge, to systematically explore the relation between Derrida and Beckett, but also because it puts Derrida's vision of literature to the test in the context of a corpus of writings that does not belong to the canon of literature with which he has been involved."

"I know of no author who brings to the page such a deep understanding of Derrida's philosophy along with such a delicate, piercing awareness of the singularity of Beckett's text and its place in the literary institution."

"Szafraniec makes an important contribution to discussion on transactions and interconnections between Samuel Beckett and Jacques Derrida, two writers engaged in very different kinds of deconstructive operations That Beckett may have exposed the exhaustion of literature in order to evade the inevitable delusions that language engenders is an extraordinary thesis, which Szafraniec makes credible." 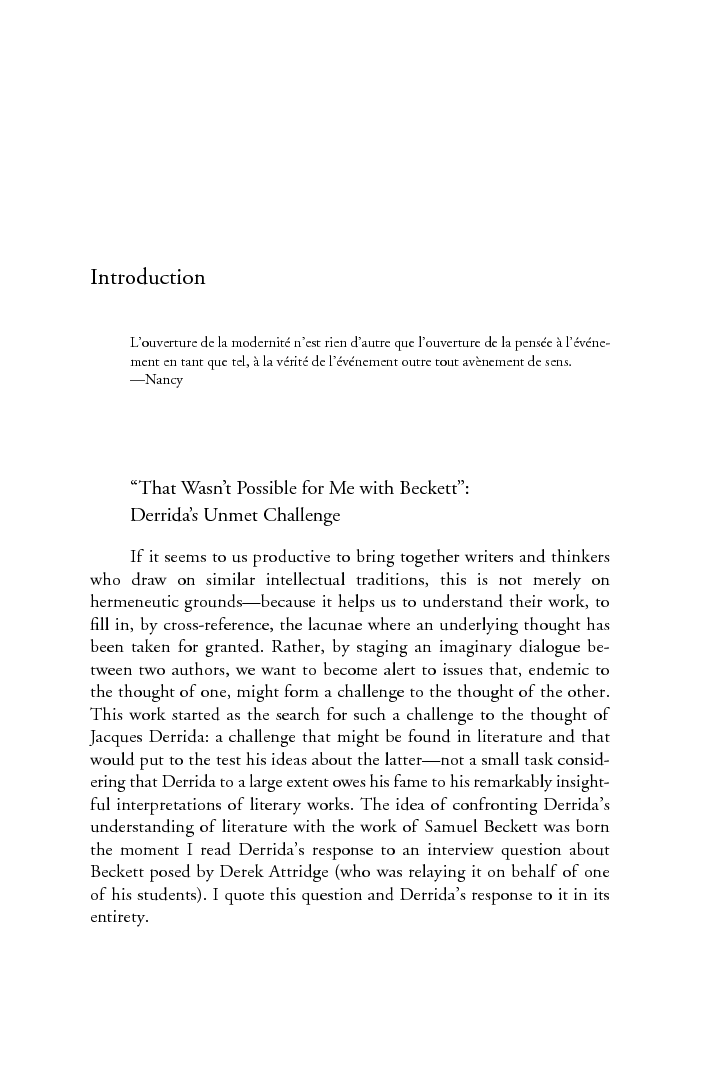 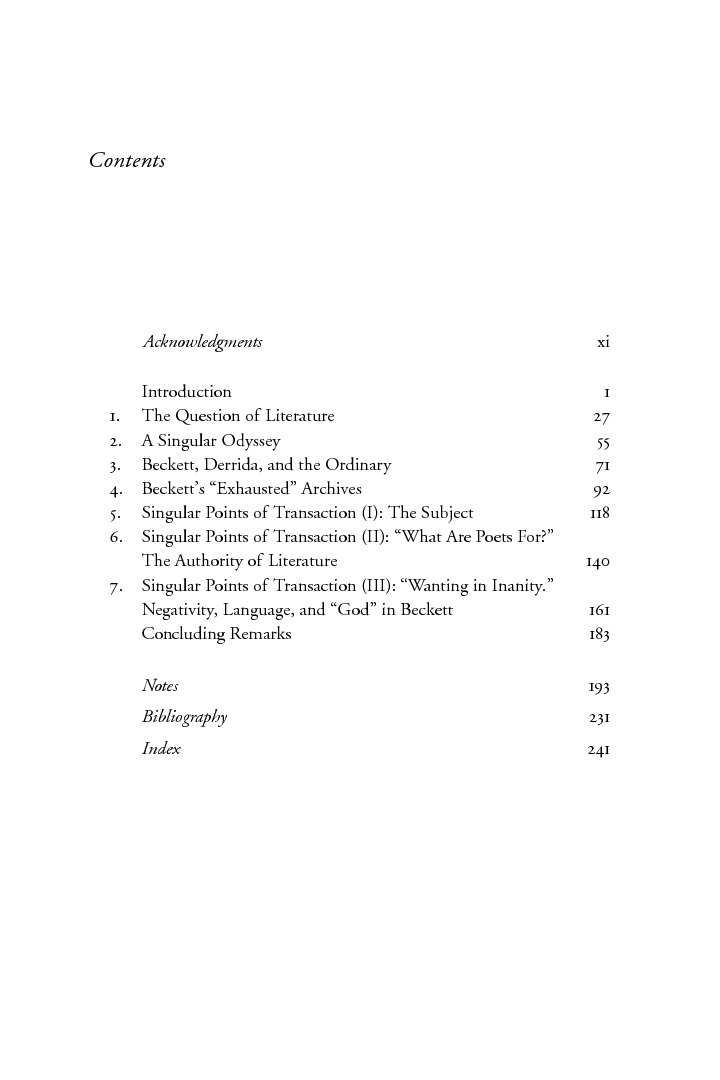