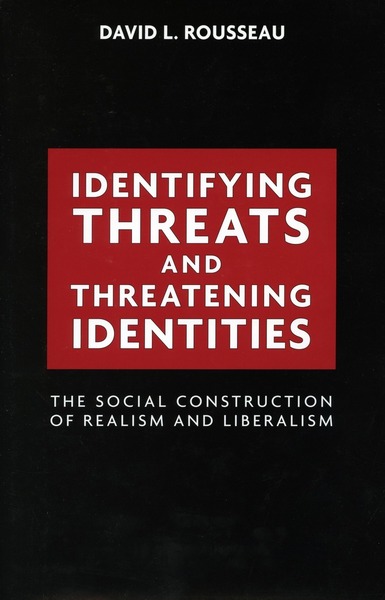 How does a state determine if another state is an important military or economic threat? The issue of threat perception drives a wide variety of behaviors, from allegiance formation and defense spending to trade relations and regime membership. While liberal theorists and realists both agree that threat perception is a cornerstone of international relations, there is widespread disagreement on the factors that contribute to our fear of other states. In particular, the field is deeply divided between those who believe material factors such as the balance of military power determine the perception of threat and those who believe ideational factors such as shared democratic value determine the perception of threat.

Using a variety of social scientific methods of investigation ranging from laboratory experiments and public opinion surveys to computer simulations and case studies, Rousseau challenges these conventional arguments and sheds new light on this debate. He presents a model of identity formation that can explain when ideas will (and will not) have a decisive impact on threat perception.

David L. Rousseau teaches in the Department of Political Science at SUNY Albany. He is author of Democracy and War: Institutions, Norms, and the Evolution of International Conflict (Stanford University Press, 2005).

"An important contribution to the expanding field of new international theory."CHOICE

"This book is the single best example of the productive and imaginative combination of methodological approaches in IR I have ever seen. The clarity with which Rousseau elaborates his methods is outstanding, as is his self-conscious reflection on their costs and benefits. He clearly demonstrates the empirical and theoretical inadequacies of all strands of realism, and the necessary inclusion of constructivism in any account of threat and war."

"Rousseau's discussion of beliefs, attitudes, values, opinions, and norms is destined to become required reading in the best IR seminars in the country. His writing is clear and precise." 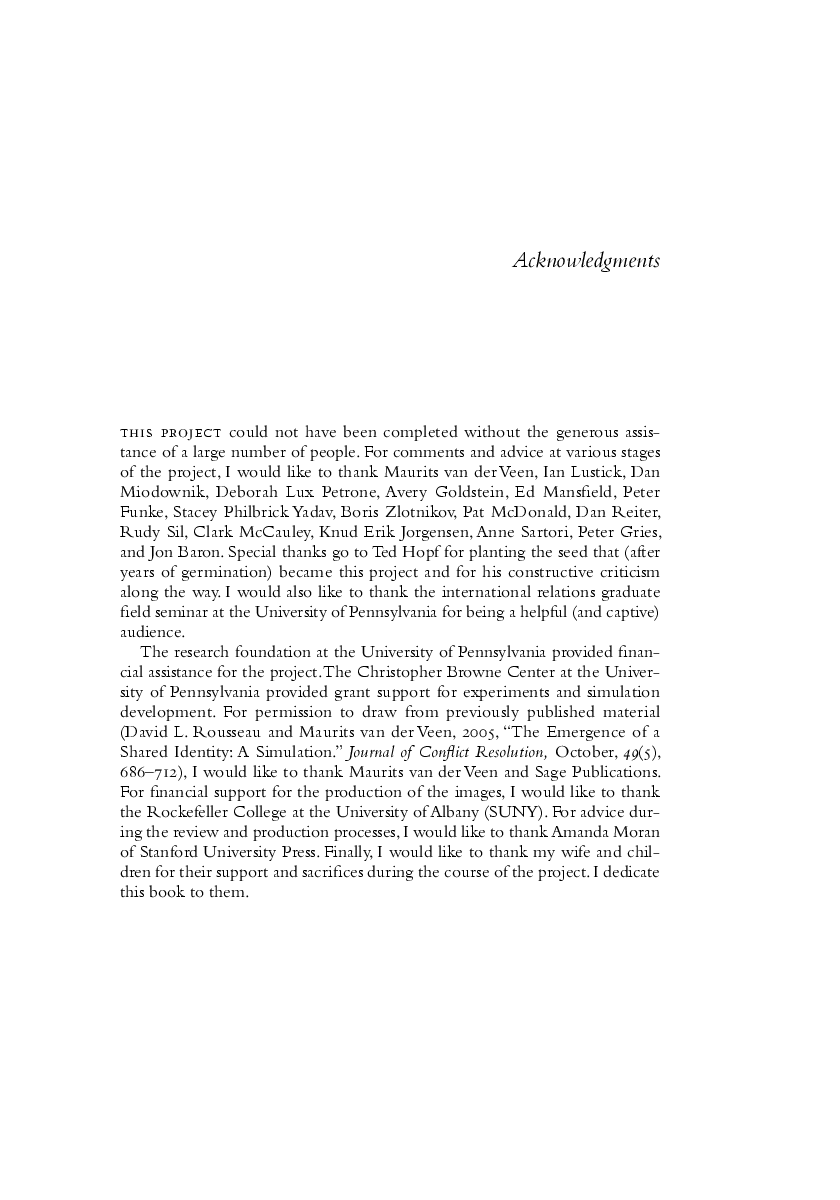 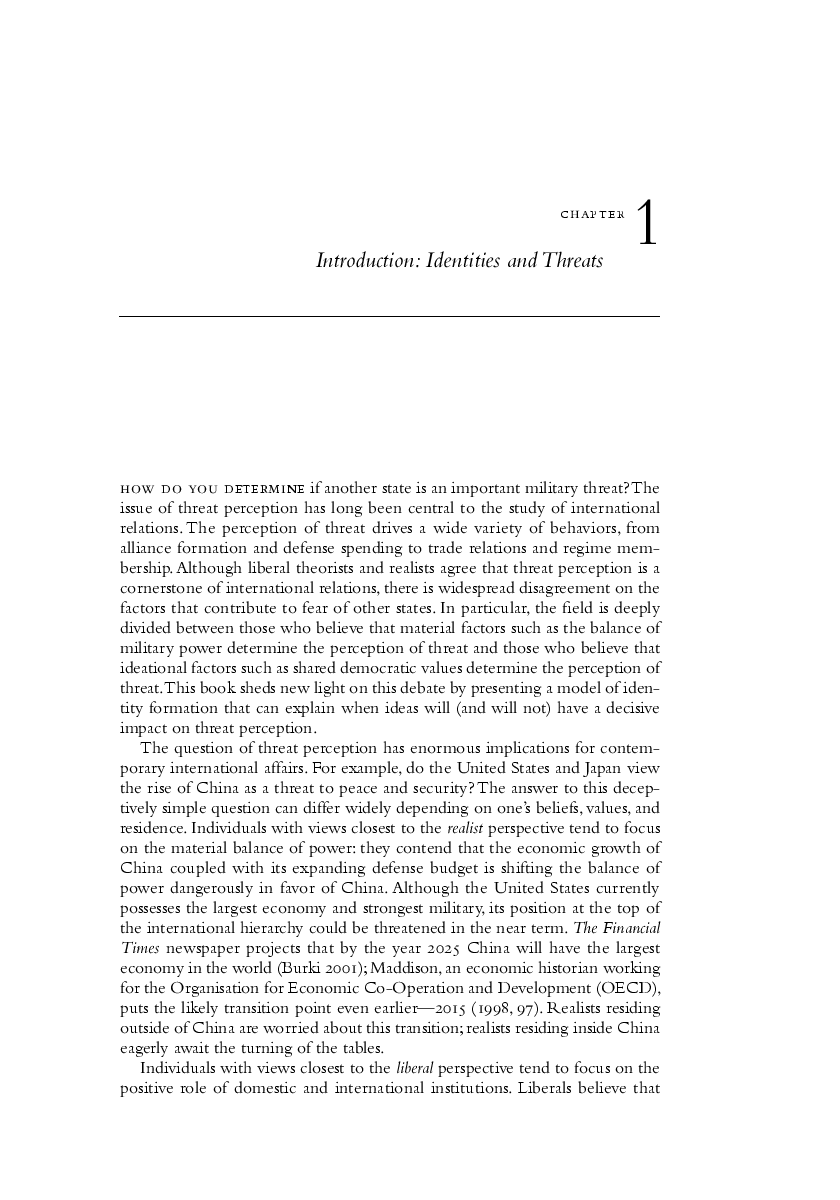 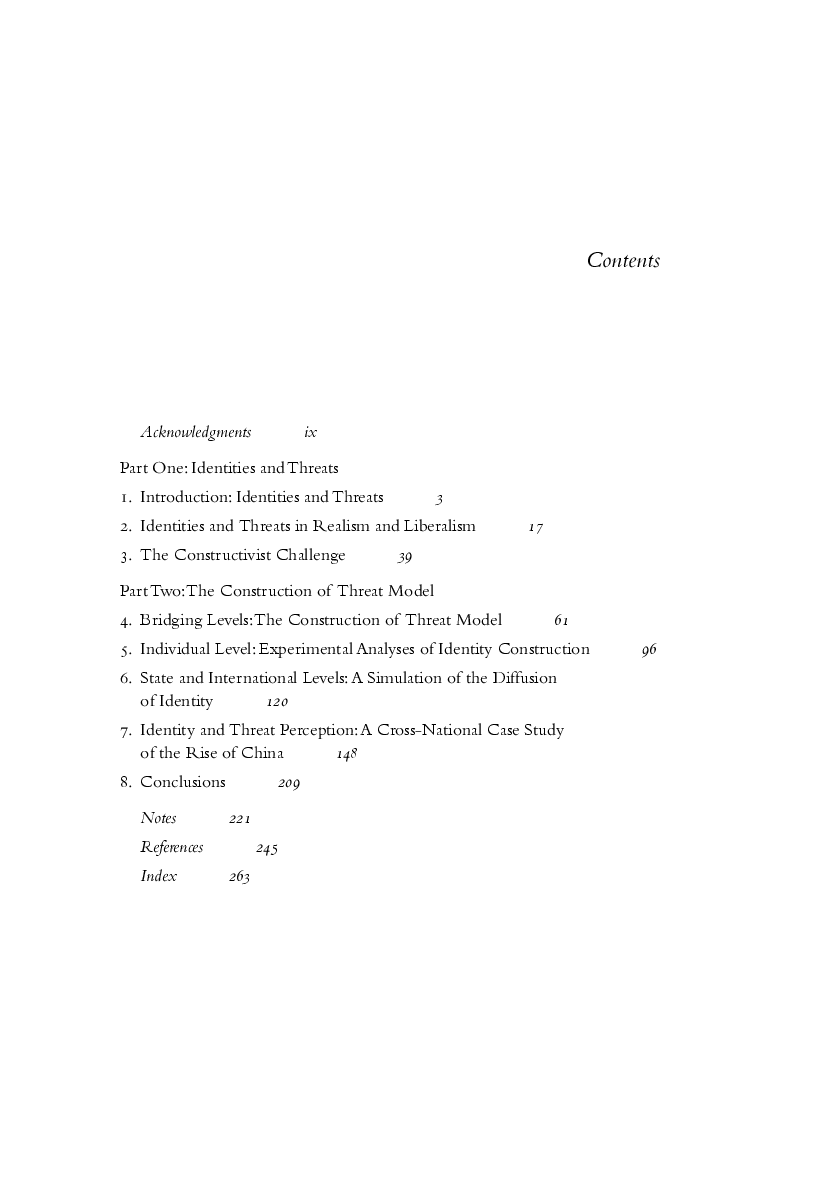