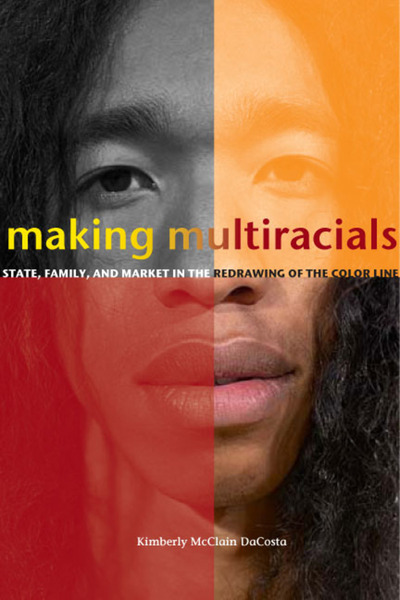 Making Multiracials
State, Family, and Market in the Redrawing of the Color Line
Kimberly McClain DaCosta

When in 1997 golfer Tiger Woods described his racial identity on Oprah as "cablinasian," it struck many as idiosyncratic. But by 2003, a New York Times article declared the arrival of "Generation E.A."—the ethnically ambiguous. Multiracial had become a recognizable social category for a large group of Americans.

Making Multiracials tells the story of the social movement that emerged around mixed race identity in the 1990s. Organizations for interracial families and mixed race people—groups once loosely organized and only partially aware of each other—proliferated. What was once ignored, treated as taboo, or just thought not to exist quickly became part of the cultural mainstream.

How did this category of people come together? Why did the movement develop when it did? What is it about "being mixed" that constitutes a compelling basis for activism? Drawing on extensive interviews and fieldwork, the author answers these questions to show how multiracials have been "made" through state policy, family organizations, and market forces.

"While Making Multiracials documents the emergence of the so-called multiracial movement in the US, this book will have significant resonance for the many other increasingly multiethnic and 'mixed' societies in Britain and Western Europe, in which interracial dating and partnering is increasingly common."

"Making Multiracials provides a compelling and convincing analysis of not only multiracialism, but the larger racial politics. The strength of the work lies in DaCosta's multilayered critique of the ways in which multiracialism is constructed. . . By blending theory, empirical examination, and strong analysis, Making Multiracials offers a nuanced context for understanding the roles that individuals, communities, and policies play in perpetuating and potentially combating racial inequality."

"DaCosta describes in great detail the cultural, institutional (family), and political factors that motivate mixed-race people in the US to organize collectively and challenge the official classification of mixed people... The stories are diverse, yet all point to an existential component in which mixed people have conflicts over class, sexuality, education, and family history... This book is timely for all who are interested in race relations. Highly recommended."

"Making Multiracials is an absorbing book, replete with intriguing insights and engaging accounts. Addressing a topic of profound social, political, and cultural importance, Kimberly DaCosta skillfully brings into focus the world of multiracial activists and the challenges and anxieties that surface in multiracial families."

"Kimberly DaCosta's brilliant analysis of the multiracial movement should be required reading for anyone who wants to understand the nature of race in 21st century America. DaCosta is an expert guide to the frontiers of American identity and to the increasingly complex and evolving American racial order. A groundbreaking book."

"In this stimulating and insightful book, Kimberly DaCosta addresses two main questions: first, how has a group known as 'multiracials' come into being? This book tells the story of how multiracials were actually 'made.' Second, given all the media and academic attention that 'mixing' has received, particularly in the last decade, why have many different people gotten behind the so-called multiracial movement?" 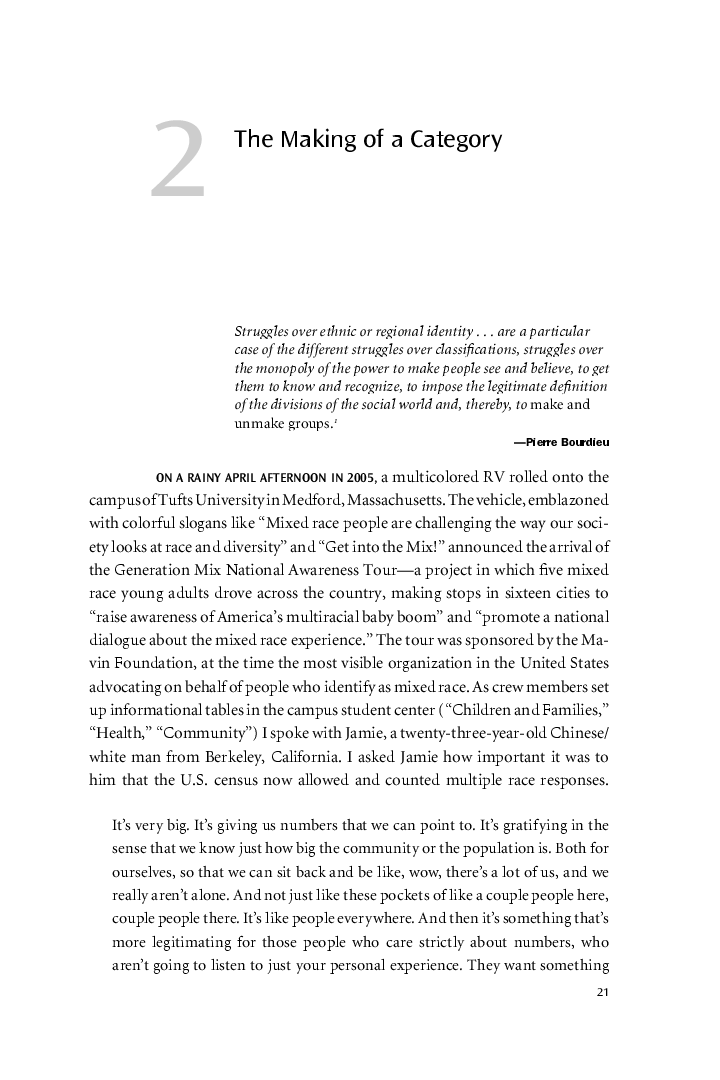 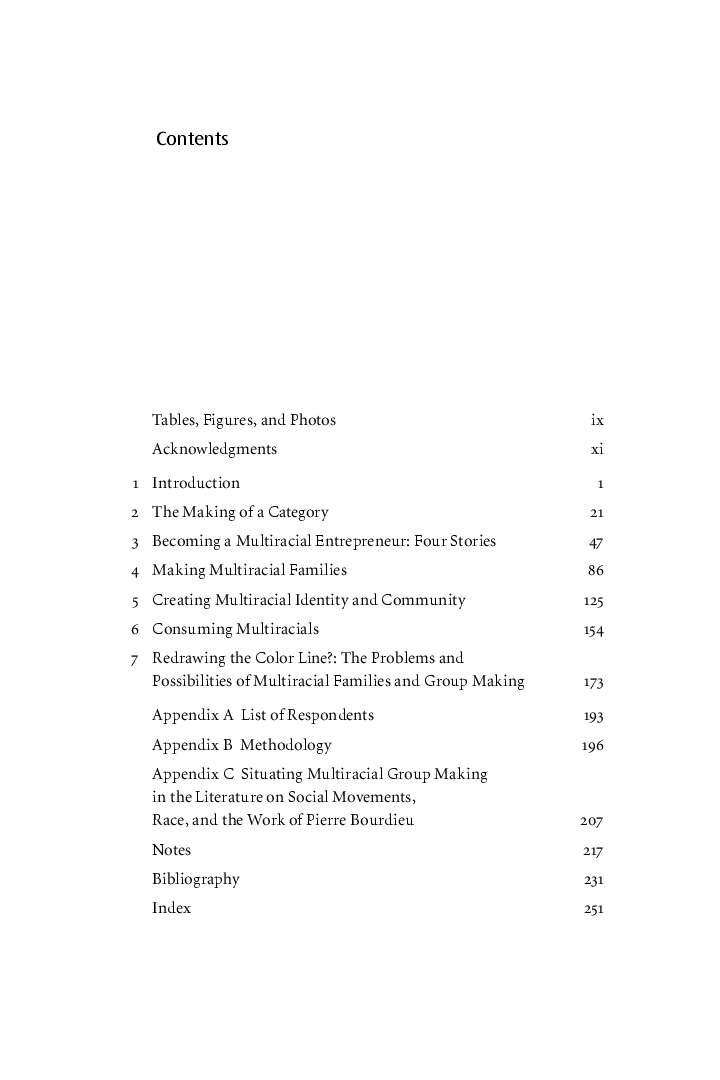