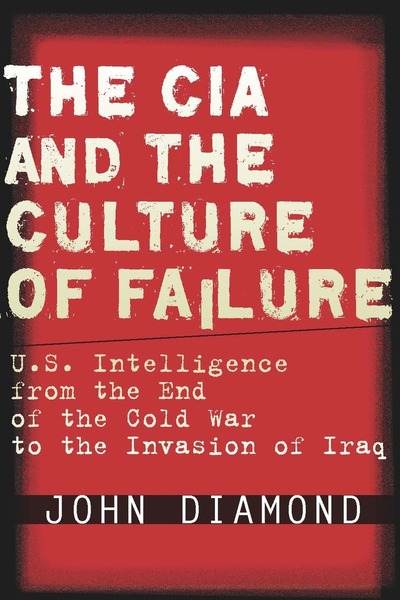 The CIA and the Culture of Failure
U.S. Intelligence from the End of the Cold War to the Invasion of Iraq
John Diamond

The 9/11 attacks and the war in Iraq sprang in no small part from massive intelligence failures, that much is well understood. How the CIA got to a point where it could fail so catastrophically is not.

According to John Diamond, this slippage results from the tendency to overlook the links between seemingly unrelated intelligence failures and to underestimate the impact of political pressure on the CIA: factors we need to examine to understand both the origin and magnitude of the 9/11 and Iraq intelligence failures.

To bring these links to light, Diamond analyzes the CIAs role in key events from the end of the Cold War (when the Soviet Union—and thus the CIAs main mission—came to an end) to the war in Iraq. His account explores both CIA successes and failures in the Soviet break-up, the Gulf War, the Ames spy case, the response to al-Qaedas initial attacks, and the US/UN effort to contain and disarm Iraq.

By putting into historical perspective the intelligence failures--both real and perceived—surrounding these events, Diamond illuminates the links between lower-profile intelligence controversies in the early post-Cold War period and the high-profile failures that continue to define the War on Terrorism.

John Diamond is communications director for Senator Maria Cantwell, D-WA. He has written about defense, intelligence, and foreign affairs in Washington for the Associated Press, Chicago Tribune, and USA Today.

"Diamond has put together a sequence of long, trenchant, truly eclectic essays on the CIA's internal workings, consistently stressing its tendency to outsmart itself. He has astutely canvassed active and recently retired agency personnel, cultivated top personalities in the congressional-oversight committees, combed through the documents and professional literature, and emerged with fine-grained, fair-minded analyses. The result is a collection of riveting specific case studies, with sharp and frequently surprising judgments. With Diamond's detailed treatment of key, catalytic incidents...the astute reader can appreciate the many setbacks—more than a few self-inflicted—that in turn produced full-blown debacles such as the Ames case and the falsified assessments that sparked the Iraq war." - BookForum

"Diamond, a defense analyst and former reporter for USA Today, presents a perceptive account of the reasons behind a double-barreled intelligence fiasco: 9/11 and the invasion of Iraq. ...Diamond's evaluation of the CIA's crisis of confidence adds insight to debates about intelligence failures." - Publishers Weekly

"John Diamond has combined his considerable journalistic skills and his policy knowledge to produce an interesting and important book that examines the interplay of intelligence and politics during a crucial transition period for U.S. national security. John adds new insights to our understanding of the links between intelligence and policy as they developed over the last 15 years—from the collapse of the Soviet Union to the Iraq War. Both policymakers and citizens interested in America's security will find this book to be a valuable frame of reference as we look ahead to the challenges facing our nation in the coming years."

"John Diamond's The CIA and the Culture of Failure is well-written and carefully researched. He begins by noting that our intelligence professionals must ask difficult questions, do robust research, and think critically. He is unflinching in delineating, honestly and succinctly, how hard it will be to achieve these goals. Diamond's book exposes the very real dangers of relying on biased intelligence products and describes how difficult it often is to identify such biases. This book will give policy makers new insights into the benefits and the hazards of relying on intelligence for policy decisions."

"The CIA and the Culture of Failure is a very important work that focuses on intelligence and policy issues that are of immediate interest in dealing with key crisis areas like Iraq, Iran, and North Korea. No one can be definitive in a field where so much is classified, but this book frames a key debate over the future of intelligence that deserves broad attention by the Administration, the Congress, and the intelligence community. The work is solid, well-thought out, and covers a wide range of sources without bias; and without academic, ideological, or political prejudice."

—Anthony H. Cordesman,Arleigh A. Burke Chair in Strategy, Center for

"For all those searching for a level-headed, critical historical analysis of the CIA written with an insightful journalist's nimble pen, look to John Diamond's book."

—Richard L. Russell, Professor, National Defense University, author of Sharpening Strategic Intelligence: Why the CIA Gets It Wrong and What Needs to Be Done to Get It Right 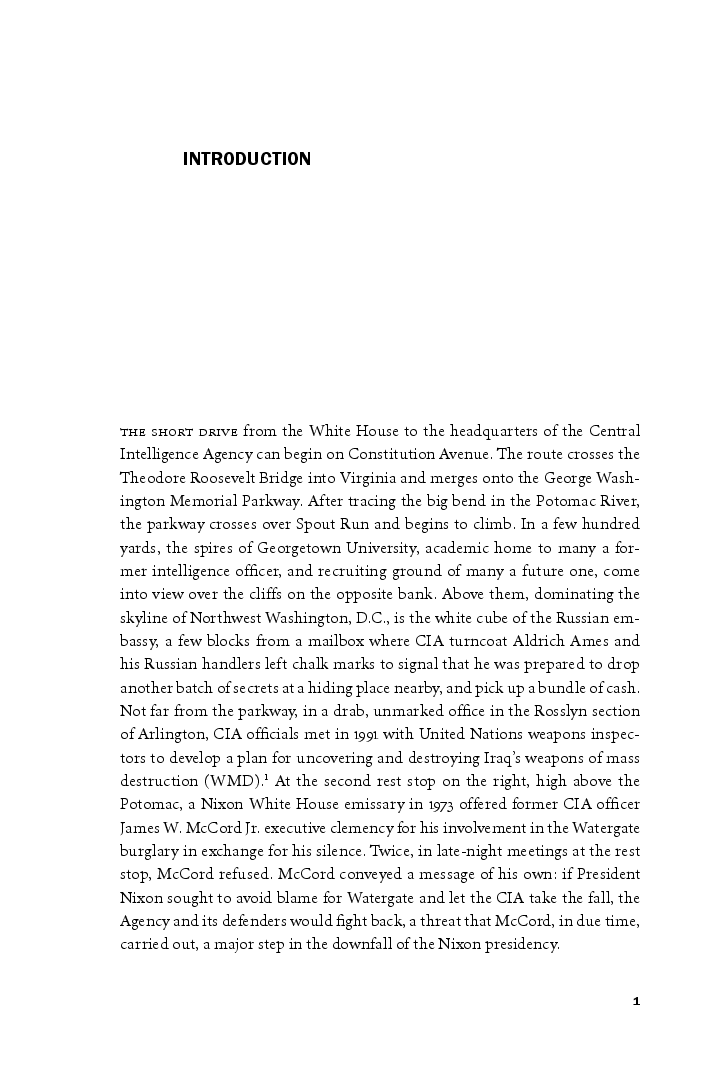 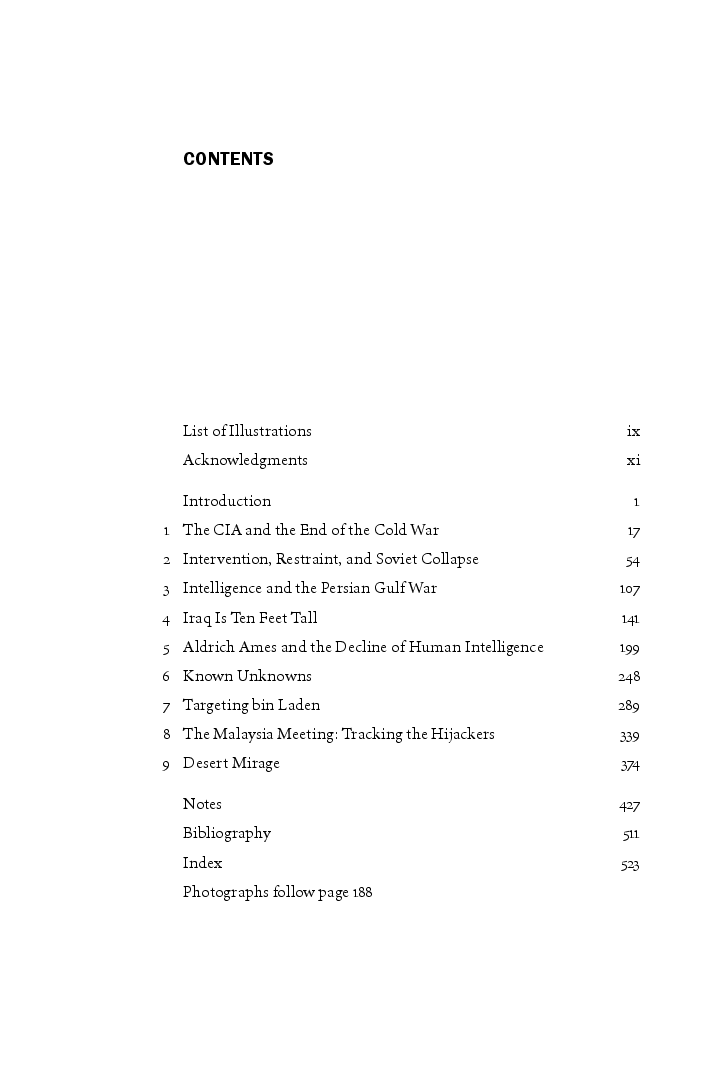