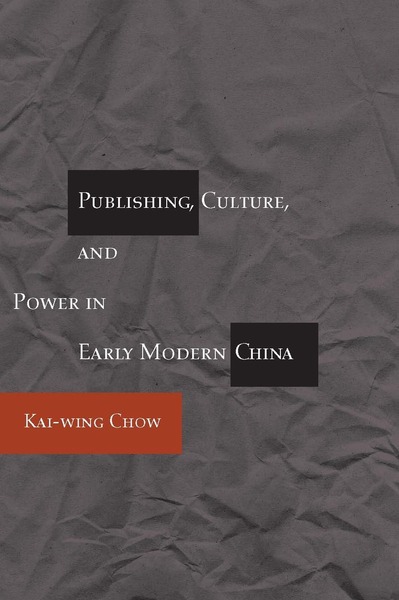 This book is a path-breaking study of print culture in early modern China. It argues that printing with both woodblocks and movable type exerted a profound influence on Chinese society in the sixteenth and seventeenth centuries. The book examines the rise and impact of print culture from both economic and cultural perspectives.

In economic terms, the central issues were the price of books and the costs of book production. Chow argues that contrary to accepted views, inexpensive books were widely available to a growing literate population. An analysis of the economic and operating advantages of woodblock printing explains why it remained the dominant technology even as the use of movable type was expanding. The cultural focus shows the impact of commercial publishing on the production of literary culture, particularly on the civil service examination. The expansion of the book market produced publicity for literary professionals whose authority came to challenge the authority of the official examiners.

Kai-wing Chow is Associate Professor of History and East Asian Languages and Cultures at the University of Illinois at Champaign-Urbana. He is the author of The Rise of Confucian Ritualism in Late Imperial China (Stanford, 1997).

"Within the past two decades, the history of print and book culture in late imperial China has engaged the interest and efforts of scholars throughout the world....Kai-wing Chow's book, a thought-provoking addition to this literature, analyzes the social, cultural, and political impact of commercial and private publishing of examination literature in the late Ming."

"[This] monograph is very well researched and makes a valuable contribution to the historiography of early modern China as well as the history of publishing."

"The author is to be applauded for taking up unexplored questions in the history of Chinese printing, for engaging with analytical frameworks derived from sociologists such as Pierre Bourdieu and literary theorists such as Gerald Genette, and for introducing a comparative perspective."

"This book has accomplished much and deserves our praise and careful attention."

"This is a carefully researched and cogently argued study of the publishing industry in late Ming China Chow's insightful exploration of the intersection between printing, examination-based mobility, and political power demonstrates that the relationship between the political field and the field of cultural production was profoundly altered by the late-Ming commercial publishing boom. His book is a major contribution to the field of late-imperial Chinese studies." 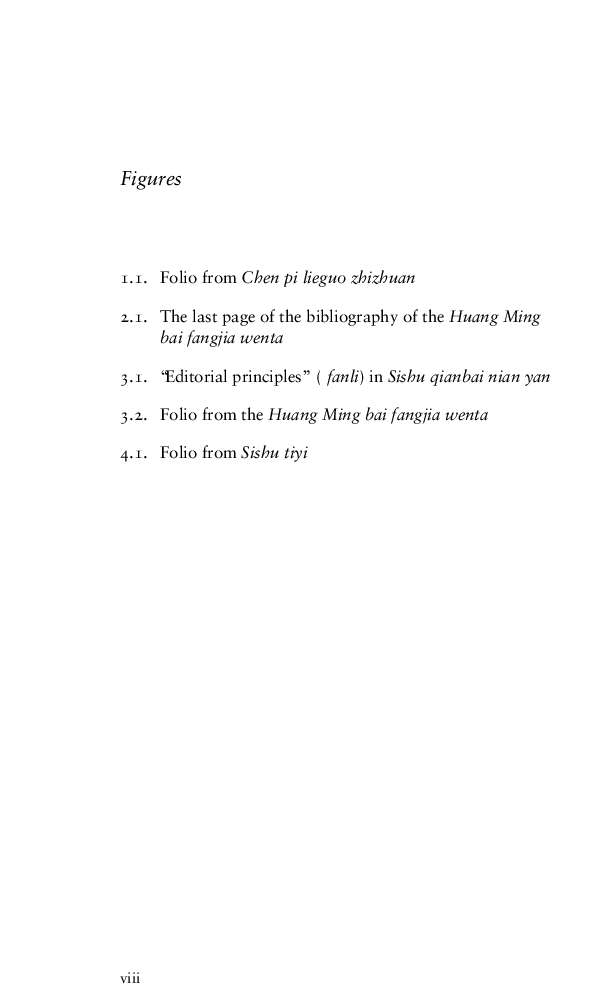 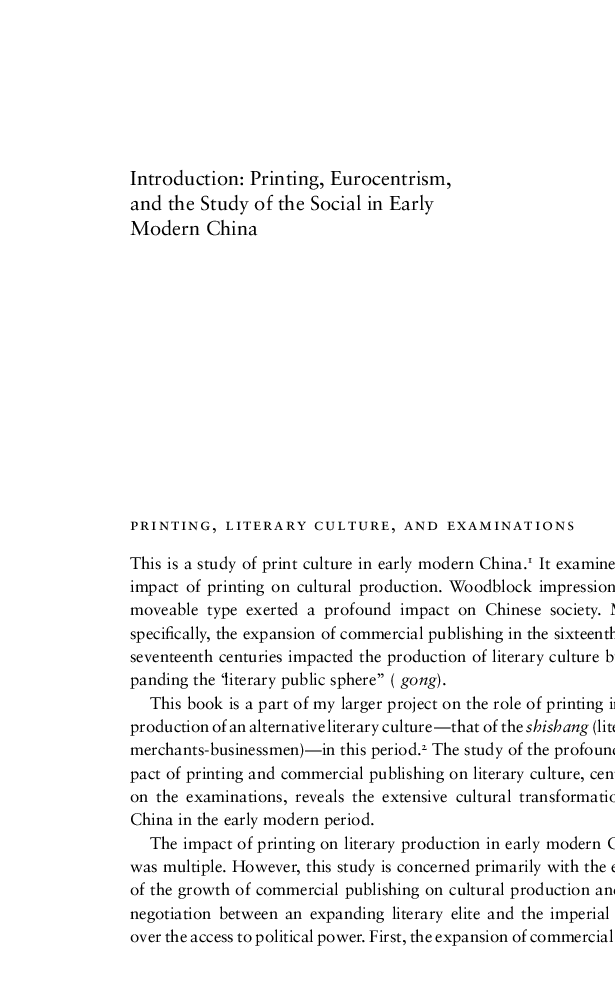 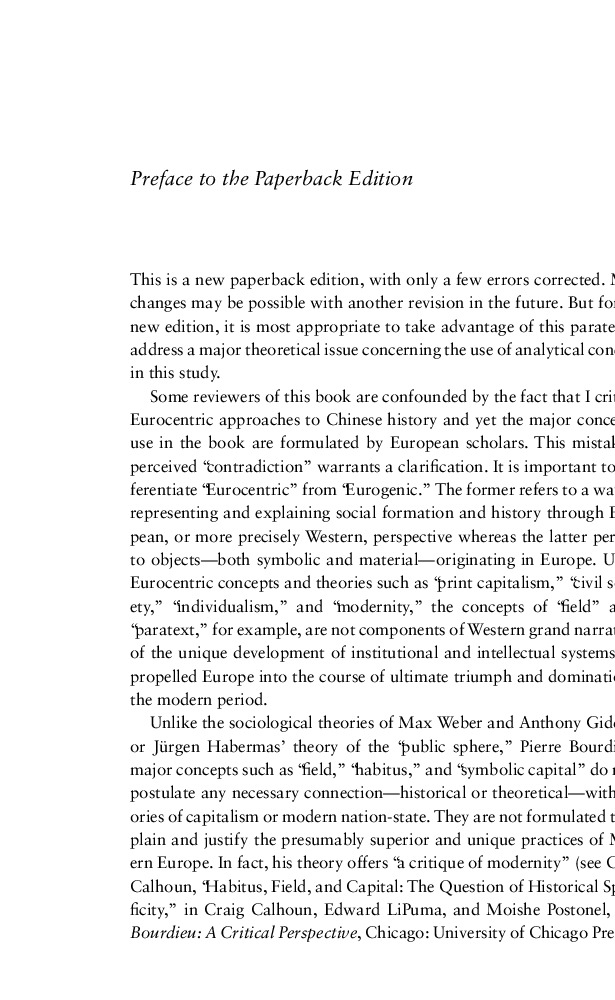 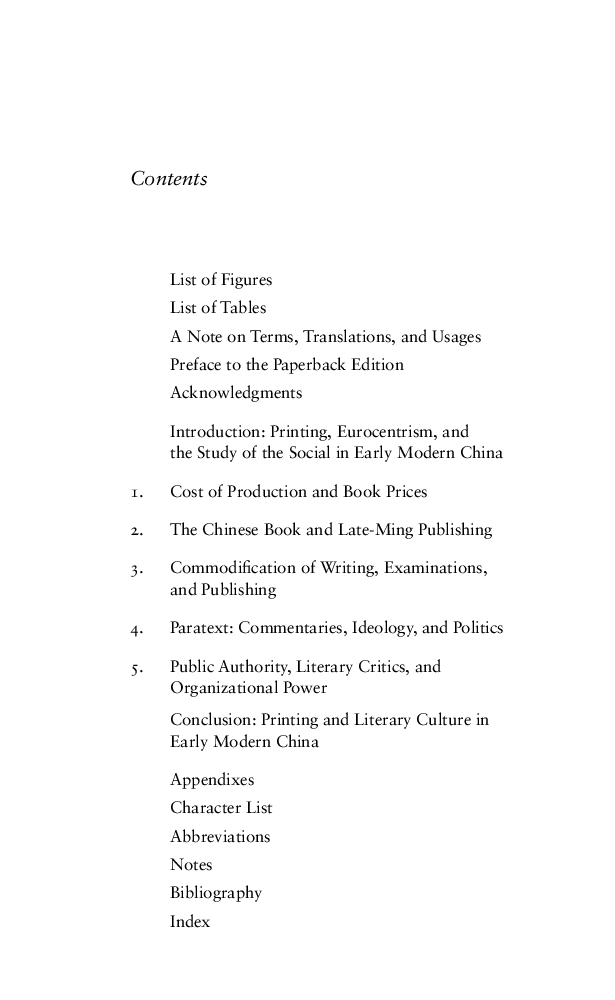 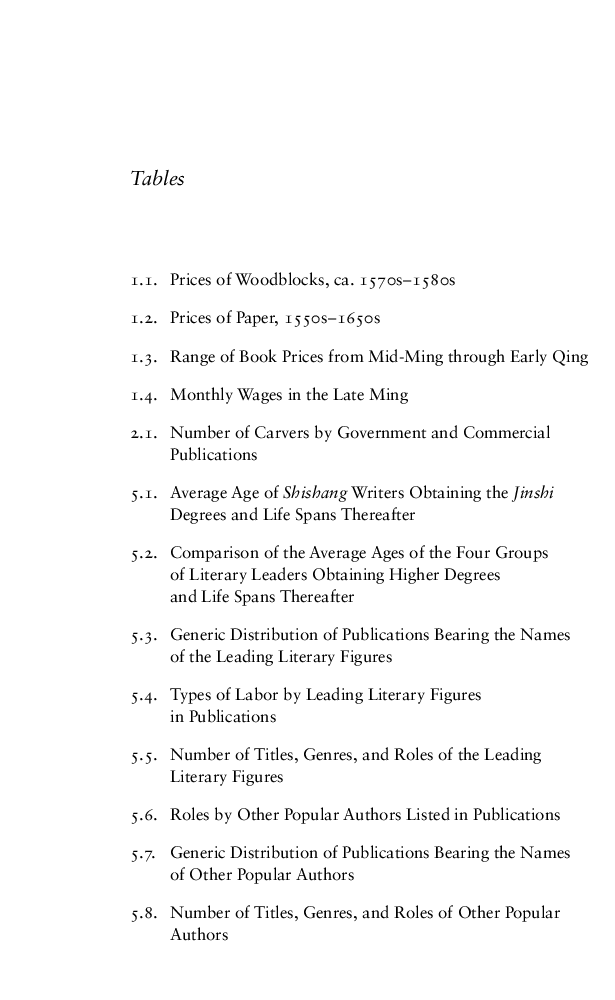