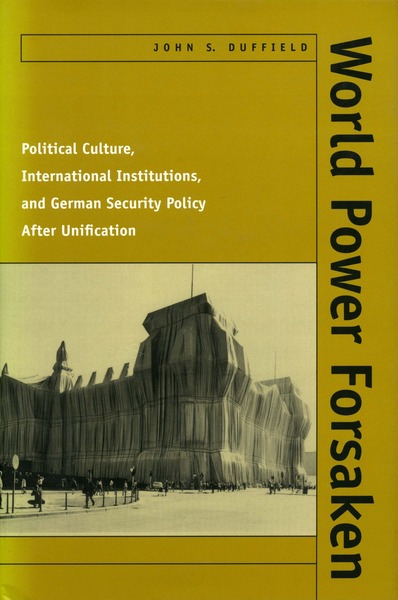 What does German unification imply for international politics? Many commentators have speculated about how a united Germany will use its new found power and influence on the world stage, and for good reason. Because of its size, central location, and strong economy, Germany will inevitably exert considerable influence over developments in Europe, if not beyond.

Drawing on interviews and other primary source materials, this comprehensive study examines in detail each of the central issues of Germany’s security policy since 1990: its promotion of political and economic reform in the former Soviet bloc, its efforts to maintain and strengthen European security institutions, the transformation of Germany’s armed forces, and its responses to international crises and conflicts, including the debate over German participation in foreign military actions. Rejecting claims that German policy is becoming nationalized and militarized, the author argues that Germany’s actions have in fact been characterized by considerable restraint and continuity with the past, notwithstanding its much greater potential freedom of action after the Cold War.

In order to make sense of this record, the book presents a general framework of analysis that promises to be useful for explaining the security policies of a variety of states. It then shows how a variety of influences both in Germany’s external environment and within Germany itself have importantly shaped German security policy since unification. In sharp contrast to the realist approaches that have dominated security studies, the book highlights the roles played by international institutions and Germany’s distinct postwar political culture in molding German state behavior. In a final chapter, the author discusses the likely future course of German security policy and the implications of his analysis for the theoretical study of national security policy.