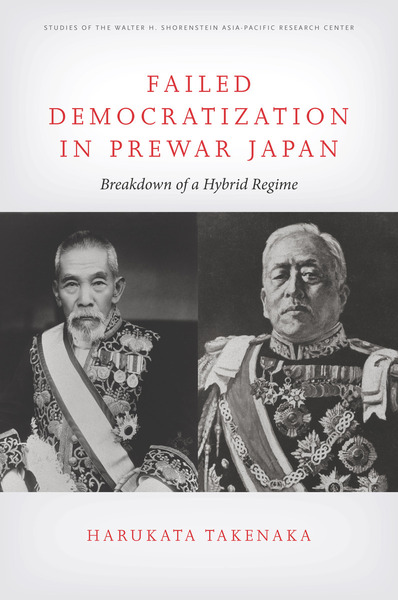 Failed Democratization in Prewar Japan presents a compelling case study on change in political regimes through its exploration of Japan's transition to democracy. Within a broad-ranging examination of Japan's "semi-democratic" political system from 1918 to 1932, when political parties tended to dominate the government, the book analyzes in detail why this system collapsed in 1932 and discusses the implications of the failure.

By reference to comparable cases—prewar Argentina, prewar Germany, postwar Brazil, and 1980s Thailand—Harukata Takenaka reveals that the factors responsible for the breakdown of the Taisho democracy in Japan replicated those that precipitated the collapse of democracy in Europe, Latin America, and elsewhere in Asia.

While most literature on these transitions focuses on successful cases, Takenaka explores democratic failure to answer questions about how and why political parties and their leaders can behave in ways that undermine the democratic institutions that serve as the basis for their formal authority.

Harukata Takenaka is a Professor, at the National Graduate Institute for Policy Studies, Tokyo, Japan.

"Takenaka's strength lies in locating specific points where alternative actions might have facilitated a smooth Japanese transition to democracy . . . Takenaka thus offers an important corrective to the determinist vision of a prewar Japanese political culture adverse to democracy."

"Harukata Takenaka has written a sobering and impressive work on how democracy can break down before it is given solid birth—sobering because, of 31 Asian sovereign countries, only Japan and South Korea practice a fully fledged democracy while the rest are flawed democracies and hybrid and authoritarian regimes."

"This book is a major contribution to the comparative literature on hybrid regimes and to the historical literature on pre-war Japanese politics. Takenaka shows how political leaders' bumbling policy performance and narrow pursuit of short term advantage exacerbated the dilemma of institutionally weak party government and a strong and increasingly politicized and ambitious military. This is a fascinating and important work of political history." 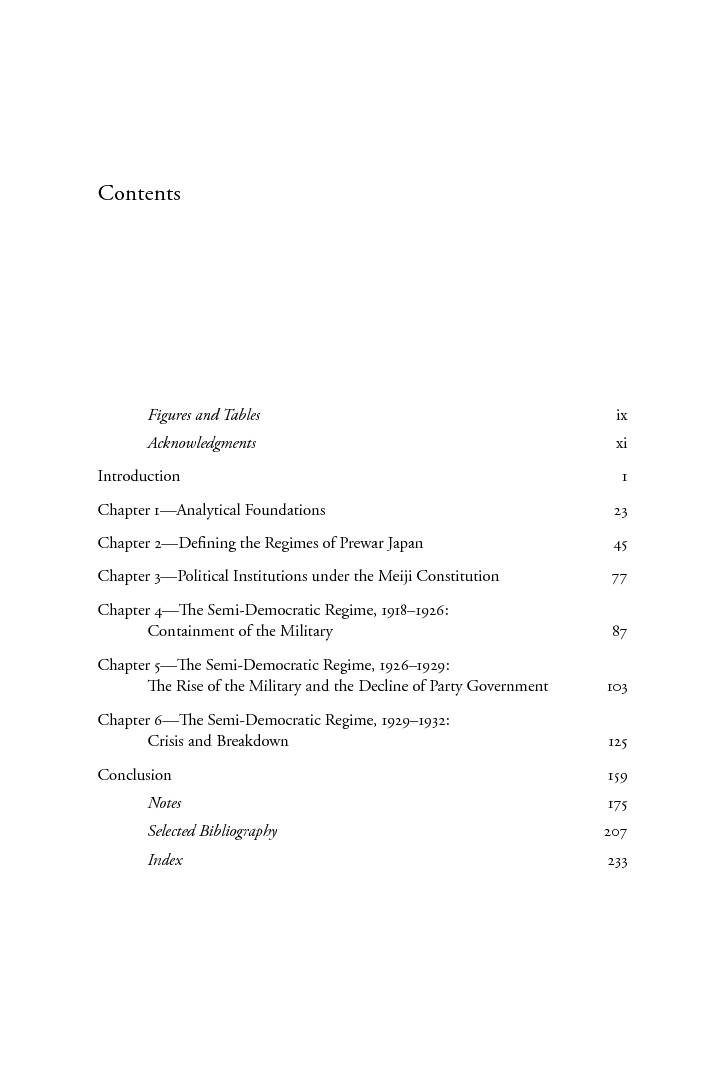 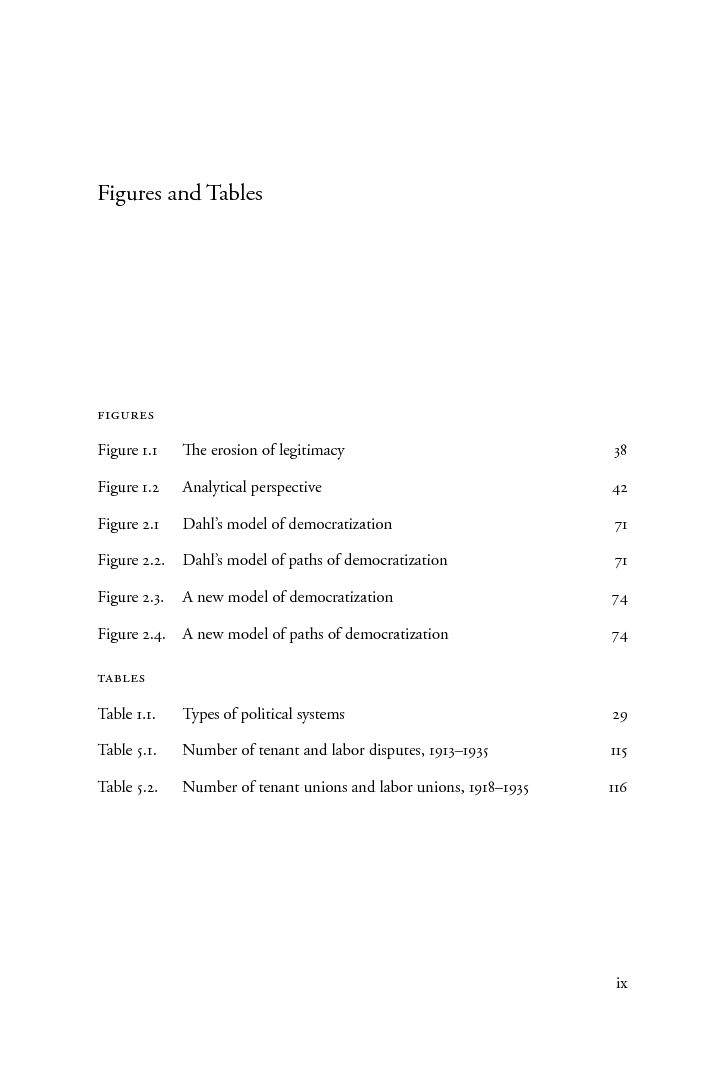 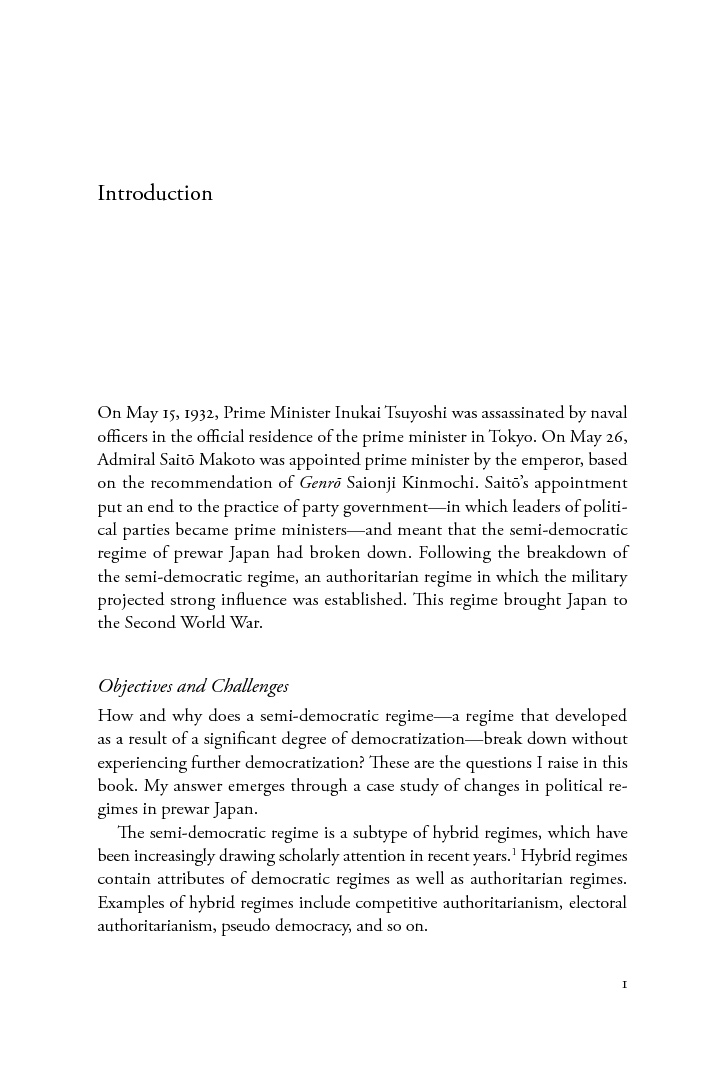