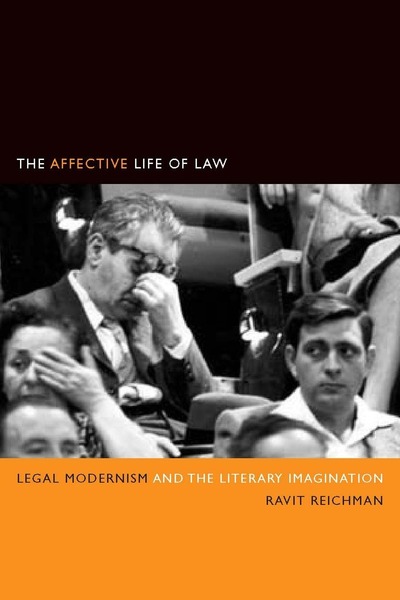 The Affective Life of Law
Legal Modernism and the Literary Imagination
Ravit Reichman
SERIES: The Cultural Lives of Law

Unhampered by the practical limits lawyers and judges face, literature expresses the unspoken sentiments that underpin legal doctrine. Through readings of Virginia Woolf, Rebecca West, and Hannah Arendt, as well as legal opinions and treatises, this book considers both law and literature as necessary complements in the efforts to take responsibility for the loss and damage inflicted by war. Ravit Reichman expertly charts the terrain that underwrites the law, proposing that the traumas, anxieties, and hopes that shape a culture's relationship to justice are realized in more than practical legal terms alone.

Between the world wars, traditional notions of responsibility proved inadequate to address postwar trauma. Legal changes, following changes in literary language, placed new demands on writers to tell the story of law's response to wartime atrocities, and literature began to encourage readers to imagine the world not as it is, but as it ought to be. Our understanding of concepts such as Crimes Against Humanity or Crimes Against the Jewish People is a legacy of modernism's relationship to narrative and subjectivity. The Affective Life of Law examines the inheritance of this legacy.

Ravit Reichman is the Robert and Nancy Carney Assistant Professor of English at Brown University.

"For while most of the energy in this book comes from its engagement with literature its distinctive character comes from the way literature and the structures of consciousness illuminate the aspirations of law."

"Reichman (English, Brown U.) explores the relationship between legal and literary modernism, arguing that literary modernism's engagement with subjectivity and responsibility in the interwar period, paradigmatically represented by Virginia Woolf's trilogy of Jacob's Room, Mrs. Dalloway, and To the Lighthouse, helped set the stage for legal modernism's grappling with the same issues in the postwar era, as evidenced by the writings of Hannah Arendt on the trial of Adolf Eichmann."

"Reichman reveals the decisive role literature has played in the development of modern law. Her close analysis of modernism in post-war reconstruction is interesting and profound and will have a significant, lasting impact on the future study of modernist literature."

"I thought it would be impossible for any scholar to say something about the interwar period that hadn't already been said, but Reichman actually reads it anew. She succeeds brilliantly in laying out the text of literature (modernism) and the text of law (tort), and generating a new intertext—literature as law, law as literature, both attempting to find a new language of and duty towards 'the Other.' This tour de force will set a new standard; it is destined to become a classic."

"The Affective Life of Law is a brilliant contribution to our understanding of how the legal and literary imaginations respond to the breakdown of old values and help to articulate new ones. The great wars of the twentieth century raised unprecedented questions about the meaning of memory and inheritance, and the moral relation of each of us to the suffering of anonymous strangers. In this original and wide-rangingbook, Ravit Reichman shows how both literature and law shaped the emergence of a new public order, inspired by new moral beliefs, in the wake of these two catastrophes. She explores this theme with subtlety and imagination, bringing into coherent relation materials as seemingly remote as Mrs. Dalloway and the judicial opinions of Benjamin Cardozo. Reichman helps us better understand the law as a cultural phenomenon, stretching and challenging the expectations of readers who approach it from either of the fields she bridges. The Affective Life of Law deserves an audience as wide as its aspirations."

"We abide within a legal culture; the scene of our existence is formed by law. Yet much in our experience seems to elude accounting by law's processes and languages. With passion and erudition, in readings as agile as they are original, Ravit Reichman reveals how a sense of this incongruity has itself shaped modern letters, modern law, and modern life." 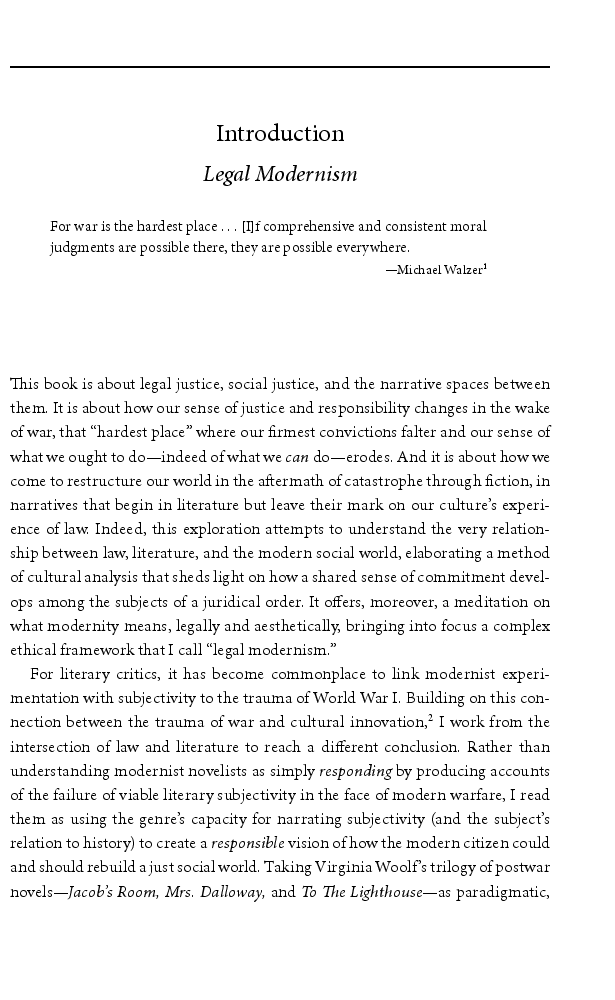 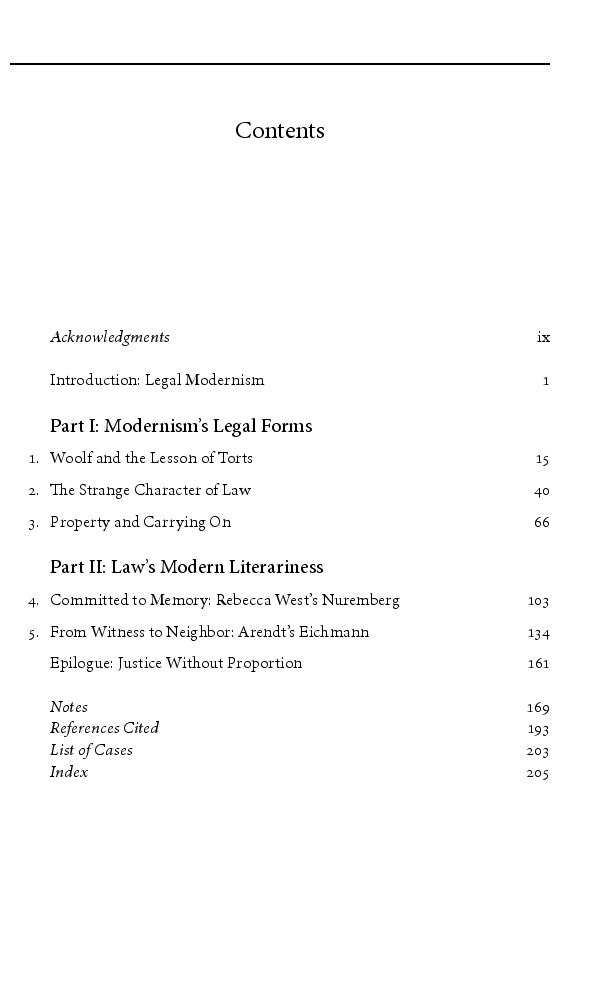