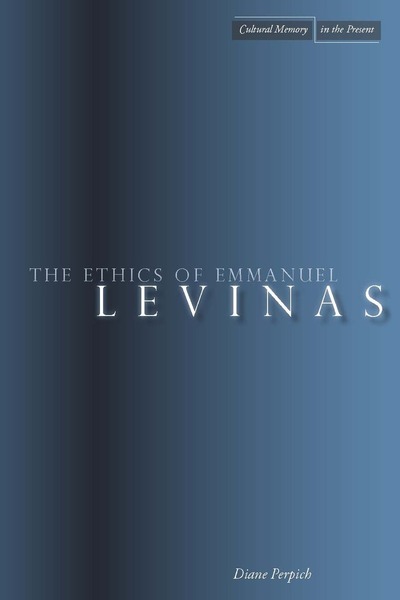 The Ethics of Emmanuel Levinas
Diane Perpich
SERIES: Cultural Memory in the Present

Too often, Levinas's thought is distanced from traditional ethical enterprises, especially from normative ethics. It is put into the service of directly normative ends such as a call for respect for women or disadvantaged social groups, or for new normative understandings of the relation of doctors to patients or teachers to students and the like. There is nothing wrong with using Levinas for normative purposes, but this demands that we be clear on what account of normativity can be found in his work. Perpich re-reads central ethical concepts in Levinas's thought (alterity, the face, and responsibility) in order to offer the first full account of his contribution to our understanding of normativity or the ways in which others' claims are binding on us. She then extends this interpretation into two vexed areas of Levinas scholarship: the possibility of developing an environmental ethics based on his work and the possibility of applying his ethics to the emancipatory projects of new left social movements.

Diane Perpich is Assistant Professor of Philosophy at Clemson University.

"Well-written, urbane, conversant with the relevant secondary literature, even more conversant with Levinas's thought, Perpich's book treats the central topics and issues raised by Levinas's ethics with grace, intelligence, balance, penetration, and argumentative skill and is ever aware of his ethics' originality and importance."