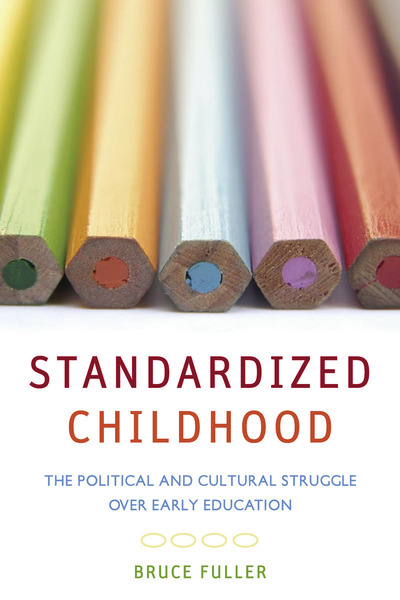 A array of childcare and preschool options blossomed in the 1970s as the feminist movement spurred mothers into careers and community organizations nurtured new programs. Now a small circle of activists aims to bring more order to childhood, seeking to create a more standard, state-run preschool system. For young children already facing the rigors of play dates and harried parents juggling the strains of work and family, government is moving in to standardize childhood.

Sociologist Bruce Fuller traveled the country to understand the ideologies of childhood and the raw political forces at play. He details how progressives earnestly seek to extend the rigors of public schooling down into the lives of very young children. Fuller then illuminates the stiff resistance from those who hold less trust in government solutions and more faith in nonprofits and local groups in contributing to the upbringing of young children.

The call for universal preschool is a new front in the culture wars, raising sharp questions about American families, cultural diversity, and the appropriate role of the state in the lives of our young children. Standardized Childhood shows why the universal preschool movement is attracting such robust support—and strident opposition—nationwide.

Bruce Fuller is Professor of Education and Public Policy at the University of California, Berkeley.

" The writing style in Standardized Childhood is engaging. It is narrative, rather than didactic, yet precise. There is also ample wit, occasionally garnished with irony."

"Guaranteed to raise the hackles of some, while applauded by others, Standardized Childhood is fascinating reading. Brilliantly argued, this is the definitive word on universal preschool."

—Susan B. Neuman, Former Assistant Secretary for Elementary and Secondary Education, U.S. Department of Education and Professor of Educational Studies, University of Michigan

"Standardized Childhood takes on one of the most important and least-understood issues of our day: does preschool do any good, and can we, or should we, make it available to every child? Vivid, clear, and provocative, full of firsthand reporting from states and cities that are experimenting with universal preschool, this is the most complete and interesting treatment of this issue I have ever seen. It tells a story, rather than disgorging another load of academic jargon. Everyone who talks about preschool is henceforth going to have to quote from Fuller's book."

"This book uncovers the complexity of the issues facing early care and education today. Based on the values of individual initiative, attention to cultural difference, and respect for organizational pluralism, Bruce Fuller's analysis calls into question the belief in 'a one best system of early education.' The book is written in a clear and uncompromising way that will both enlighten and infuriate policymakers and practitioners committed to Universal Pre-K."

"In this eye-opening book, Bruce Fuller reveals the candid truth about daycare that advocates have desperately tried to keep hidden. With rare honesty, Fuller puts children's interests ahead of political interests and exposes the universal preschool movement's overstated, misused, and sometimes outright fraudulent claims. Parents need to know the truth about day care, and they can trust Dr. Fuller to deliver."

"The political push to institutionalize early education into a one-size-fits-all program is the real target of this book—and it hits the target in the bulls-eye. There is solid criticism and analyses here that requires airing, especially at a time when researchers , policy makers, and early educators are drawing public attention to the present status of our youngest children. A must read.—Eugene E. Garcia, Vice President, Arizona State University

"Standardized Childhood is a must-read book for everyone who cares about early education in America today. Bruce Fuller takes on the thorny issues in the field and addresses them head-on. Should pre-K programs be universal? Who should pay for them? And, finally, what will help equalize access to preschool? The result is a refreshing and penetrating look at the condition of preschool in this country."

"A frank, provocative critique of the pre-K movement. The basic question is not whether we should have a national policy in regards to pre-kindergarten education, but what should that policy look like. No other question in education policy is as timely and has the potential for such a long lasting, transformative impact on public schooling today."

"Drawing from both his own team's research and the research of others, as well as from the accounts of teachers, community activists, and political leaders, [Fuller] offers insights into the complex array of concerns that drive [universal pre-kindergarten] proponents as well as those who oppose the movement. Readers from either camp will find the author's research findings enlightening." 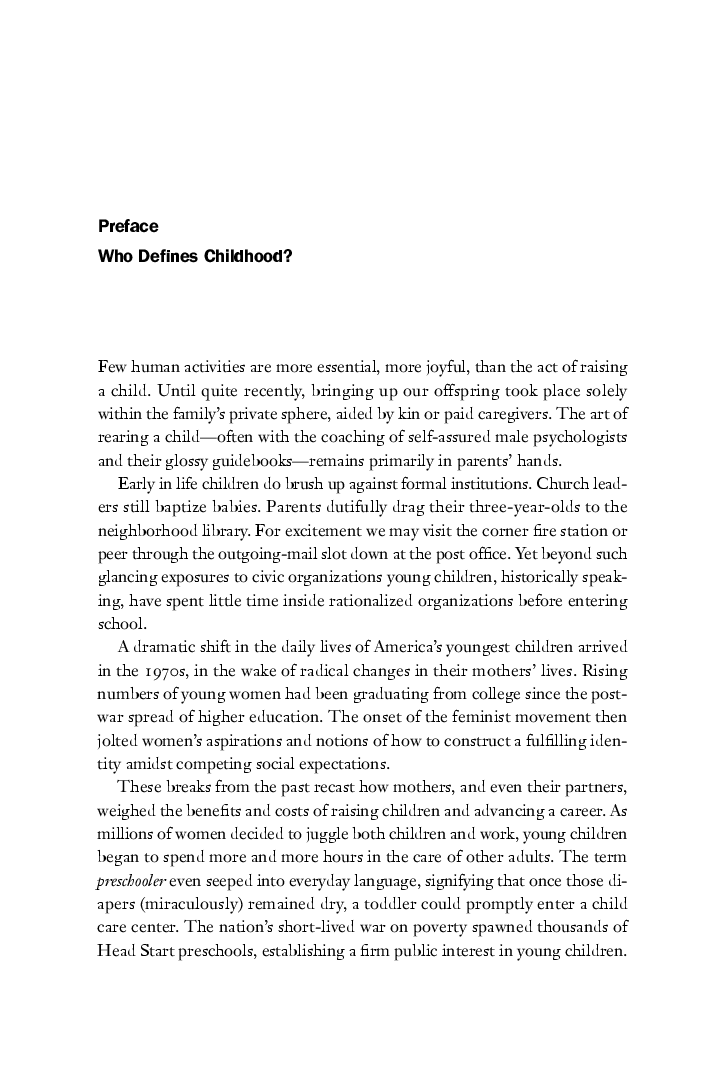 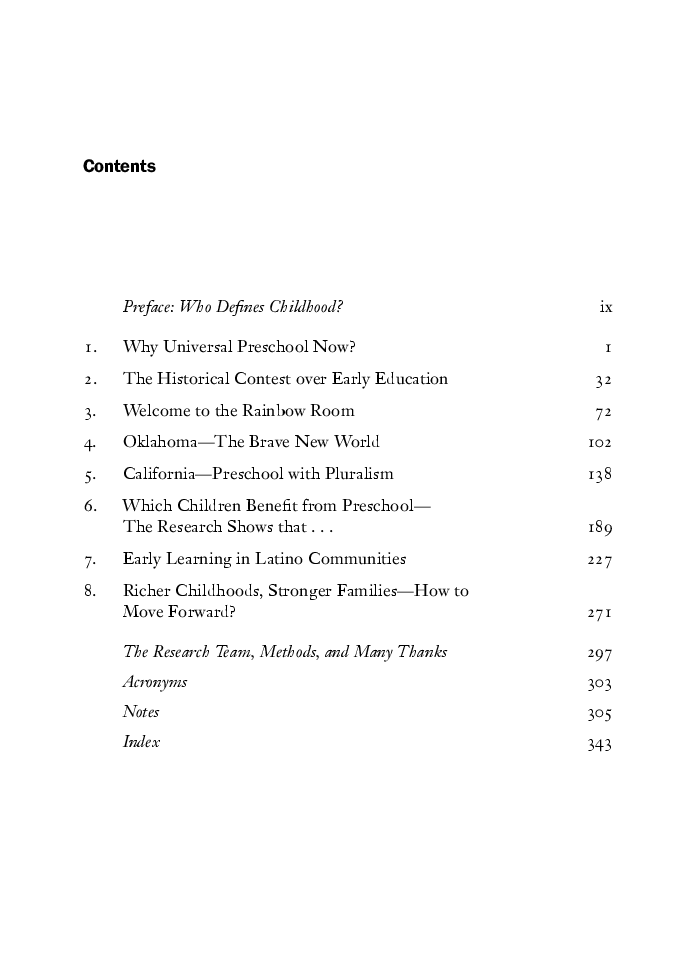