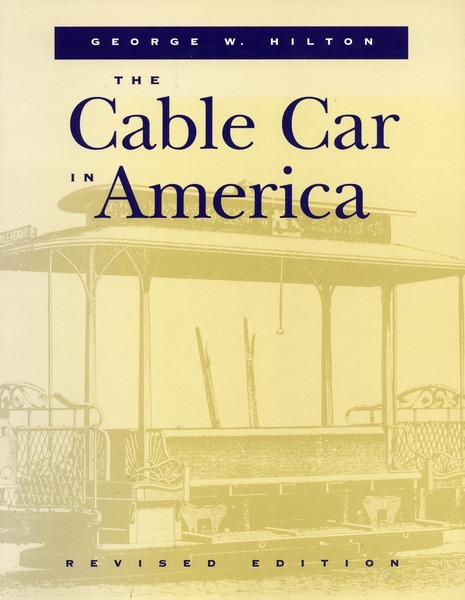 Enriched with almost 700 illustrations, this book has long been the definitive study of the American cable car, a widely touted form of urban transportation that operated in 29 cities across the United states. This once-promising technology proved inefficient, however, and cable cars were soon replaced by electric trolley cars. Today, they are only to be found as a tourist attraction traversing the steep hill of San Francisco.

George W. Hilton is Professor Emeritus of Economics at the University of California, Los Angeles, and the author of several books on U.S. transportation history.

"No one before or since attempted such a complete history of the cable railway. It ranks very high in the area of U.S. transit history."

"There was nothing comparable before this book's appearance, and there has been nothing since."

Review of the Original Edition

"Between the covers of this one volume lies the entire history of a mode of urban transportation, from invention through development and demise. It is done thoroughly, interestingly, and with magnificent illustrations. It could only have been done by a person who was at once a competent scholar, a serious railfan, a historian with a broad perspective, and a writer able to communicate with the professional and amateur alike. And Professor Hilton is just that."

"One opens this book with a mixture of wonder, envy, admiration, and awe. At first glance it seems to be another coffee-table book. . . . Then you open it, and find that it is nothing less than a superbly researched compendium of every cable tramway ever built in North America. . . . Read it and you are left with a dazed feeling that, on this particular subject, not one other word need ever be written."