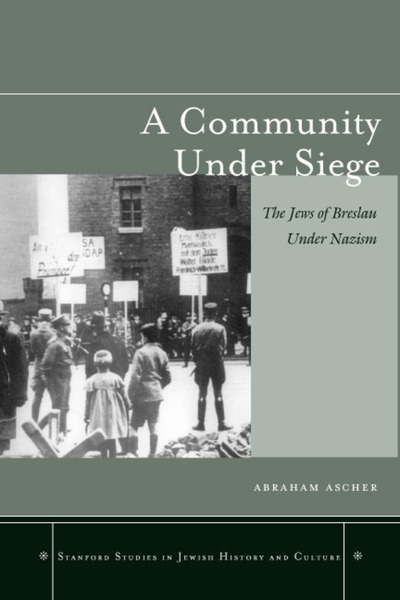 A Community under Siege
The Jews of Breslau under Nazism
Abraham Ascher
SERIES: Stanford Studies in Jewish History and Culture

Until the very end, the Breslau Jews maintained a stance of defiance and sought to persevere as a cohesive group with its own institutions. They categorically denied the Nazi claim that they were not genuine Germans, but at the same time they also refused to abandon their Jewish heritage. They created a new school for the children evicted from public schools, established a variety of new cultural institutions, placed new emphasis on religious observance, maintained the Jewish hospital against all odds, and, perhaps most remarkably, increased the range of welfare services, which were desperately needed as more and more of their number lost their livelihood. In short, the Jews of Breslau refused to abandon either their institutions or the values that they had nurtured for decades. In the end, it was of no avail as the Nazis used their overwhelming power to liquidate the community by force.

Abraham Ascher is Distinguished Professor Emeritus, Graduate Center, City University of New York. His recent works include P. A. Stolypin: The Search for Stability in Late Imperial Russia (Stanford, 2000) and The Revolution of 1905: A Short History (Stanford, 2004).

"...Ascher has made an important contribution toward a fuller understanding of German Jews' day-to-day experiences prior to their ight or deportation."

"[Ascher's study is] Meticulously researched, utilizing scores of published and archival resources and interviews with Jews from Breslau who survived the Holocaust as well as his own recollections."

"A fully-informed, well-written book on the Jewish community in Breslau under National Socialism. More than that, this is the first time that a convincing picture has been created of this community in its darkest hour."

"We have no other study which records how a single community dealt with the Nazi onslaught and so this book can and should be an archetype of what happened in those years throughout Germany... No one can say for sure what the morrow will bring, but meantime we have this fascinating, carefully documented, and yet immensely moving, account of what Jewish Breslau was like in its last years. And for this gift, we all owe Professor Ascher much gratitude. He has recorded the last days and the slow death of a noble Jewish community, and he has enriched our understanding of Modern Jewish History with this eloquent Kaddish."

"Breslau, the leading city in East Germany, had a Jewish community of 20,000 which, prior to 1933, played a prominent part in the economic, social, and cultural life of the city. Professor Ascher's pioneering study describes in minute detail how the Nazi authorities, over a number of years, systematically 'liquidated' this community until no one remained. He also relates on the basis of much hitherto unknown or unused material how the Jews reacted individually and as a community. It is a tragic story repeated many times over in Germany and other European countries, but it has never before been told in such authoritative detail. It is much more than local history and will serve as a model for the historiography of this dark period."

"Ascher was born in Breslau and experienced the beginnings of Nazism there before he and his family emigrated in 1939. This account skillfully interweaves personal history and meticulous scholarship drawn from archival sources and personal interviews. The result is a portrait of the Jews in Breslau from the beginning of Hitler's ascent to power until the deportation of the very last Jews from their city. Beyond that, however, it is emblematic of the events all over Germany during the ten years of Nazi rule." 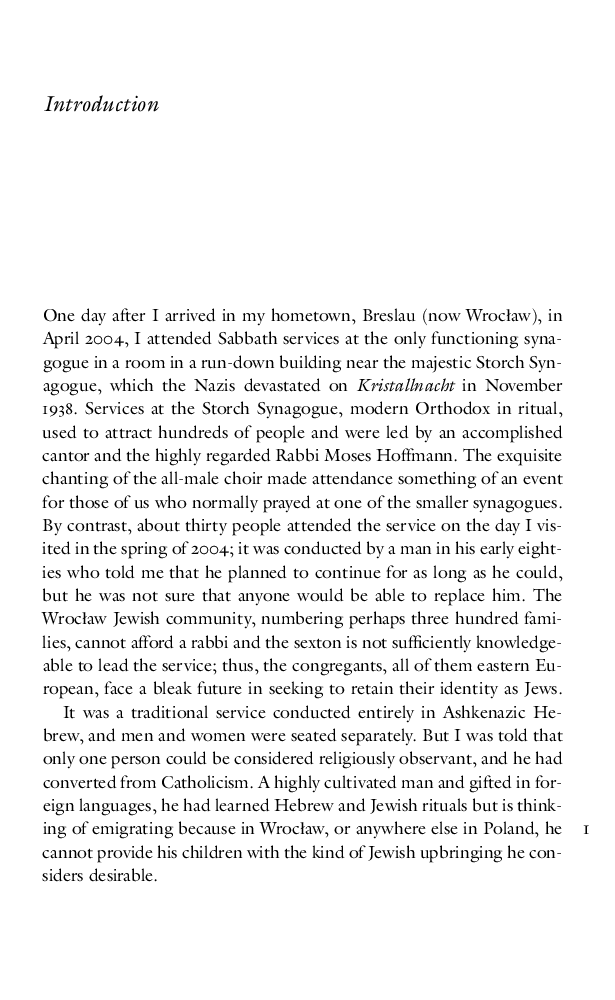 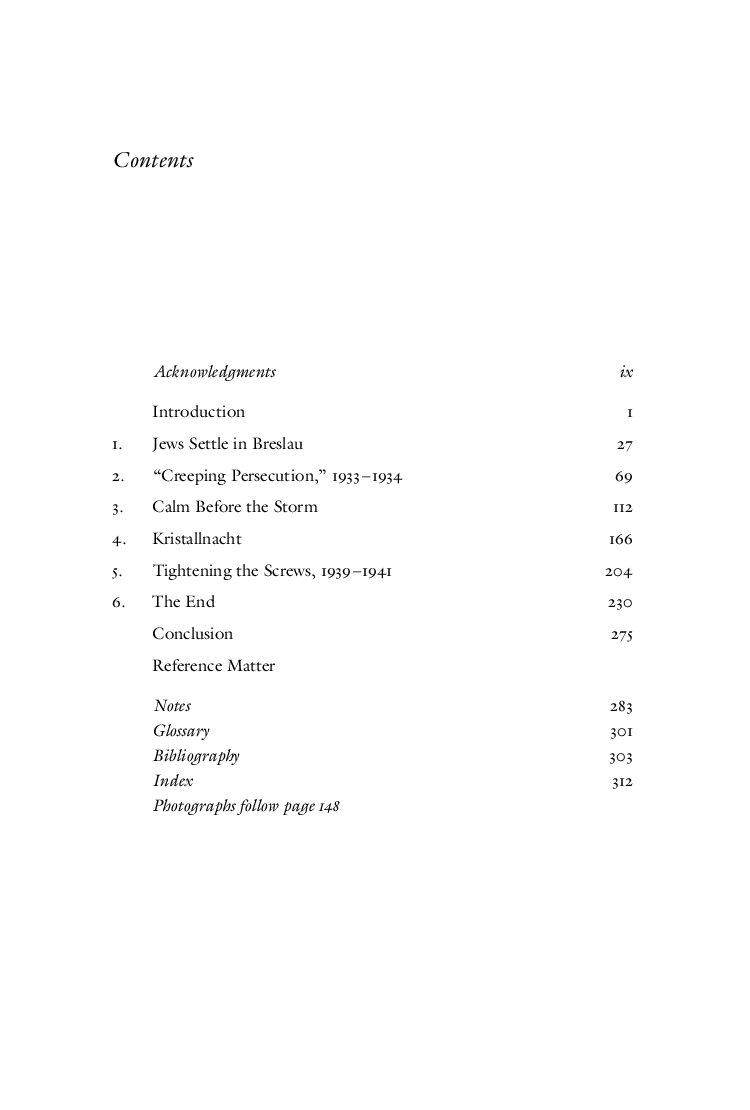