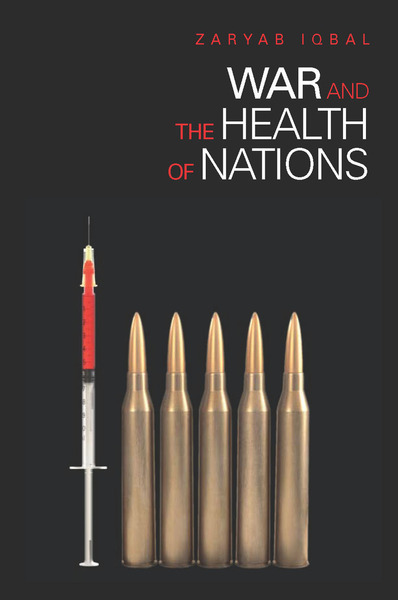 War and the Health of Nations
Zaryab Iqbal

Assessments of the costs of war generally focus on the financial, political, military, and territorial risks associated with involvement in violent conflict. Often overlooked are the human costs of war, particularly their effects on population well-being. In War and the Health of Nations, Zaryab Iqbal explores these human costs by offering the first large-scale empirical study of the relationship between armed conflict and population health. Working within the influential "human security" paradigm—which emphasizes the security of populations rather than states as the central object of global security—Iqbal analyzes the direct and indirect mechanisms through which violent conflict degrades population health. In addition to battlefield casualties, these include war's detrimental economic effects, its role in the creation of refugees and forced migration, and the destruction of societies' infrastructure. In doing so, she provides a comprehensive picture of the processes through which war and violent conflict affect public health and the well-being of societies in a cross-national context.

War and the Health of Nations provides a conceptual and theoretical framework for understanding the influence of violent interstate and intrastate conflict on the quality of life of populations and empirically analyzes the war-and-health relationship through statistical models using a universal sample of states. The analyses provide strong evidence for the direct as well as the indirect effects of war on public health and offer important insights into key socio-economic determinants of health achievement. The book thus demonstrates the significance of population health as an important consequence of armed conflict and highlights the role of societal vulnerabilities in studies of global security.

"Zaryab Iqbal provides ample empirical data to illustrate these facts and to elucidate the mechanisms by which armed conflicts affect the health of individuals."

"War and the Health of Nations makes an important contribution to the literature on human security, a concept that has a great deal of appeal but lacks strong empirical underpinnings. This work helps fill that gap by examining the links between health and violent conflict - or between 'freedom from want' and 'freedom from fear'."

"For far too long we have known far too little about the aftereffects of political violence. To date, researchers have been justifiably focused on the determinants and dynamics of large-scale conflict. Zaryab Iqbal helps inaugurate a new focus regarding the outcomes of conflict (broadly conceived) on health (also broadly conceived). War and the Health of Nations immediately contributes to our understanding of the topic as well as maps out a new direction for conflict studies, both theoretically as well as empirically. This book addresses one of the most crucial issues confronted by our age in a manner befitting the topic involved—seriously, rigorously, and elegantly."

"Social scientists are just starting to investigate the myriad ways in which armed conflict and war harms civilian populations. Combining careful theorizing with systematic cross-national empirical tests, Iqbal provides the most rigorous and comprehensive study to date of the direct and indirect negative consequences of war on public health. This book is of interest to a broad and diverse audience, including social scientists, public health experts, policy makers, and activists. If you want to better understand how human security is profoundly threatened by war, this book is a must-read."

—Paul Huth, Professor & Co-Director of Center for International Development and Conflict Management, University of Maryland, and Editor, The Journal of Conflict Resolution 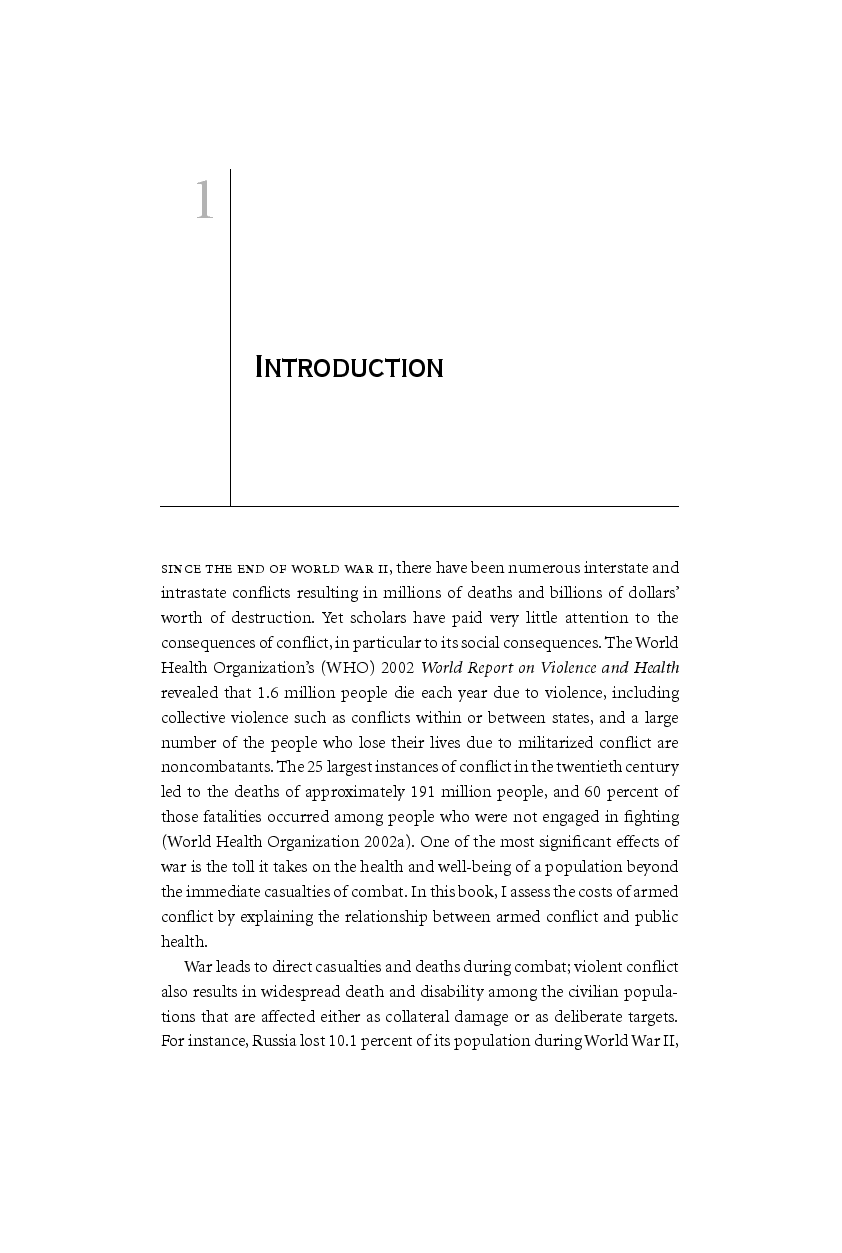 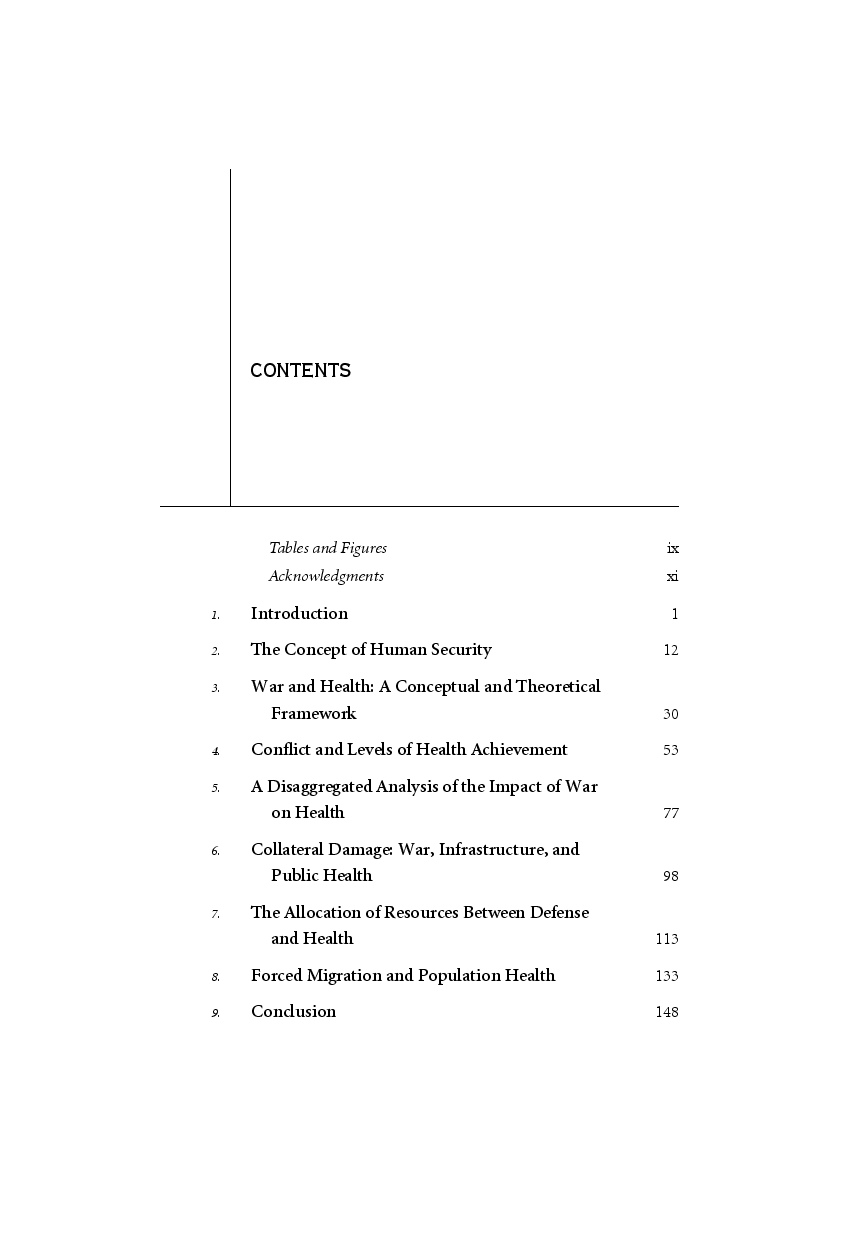 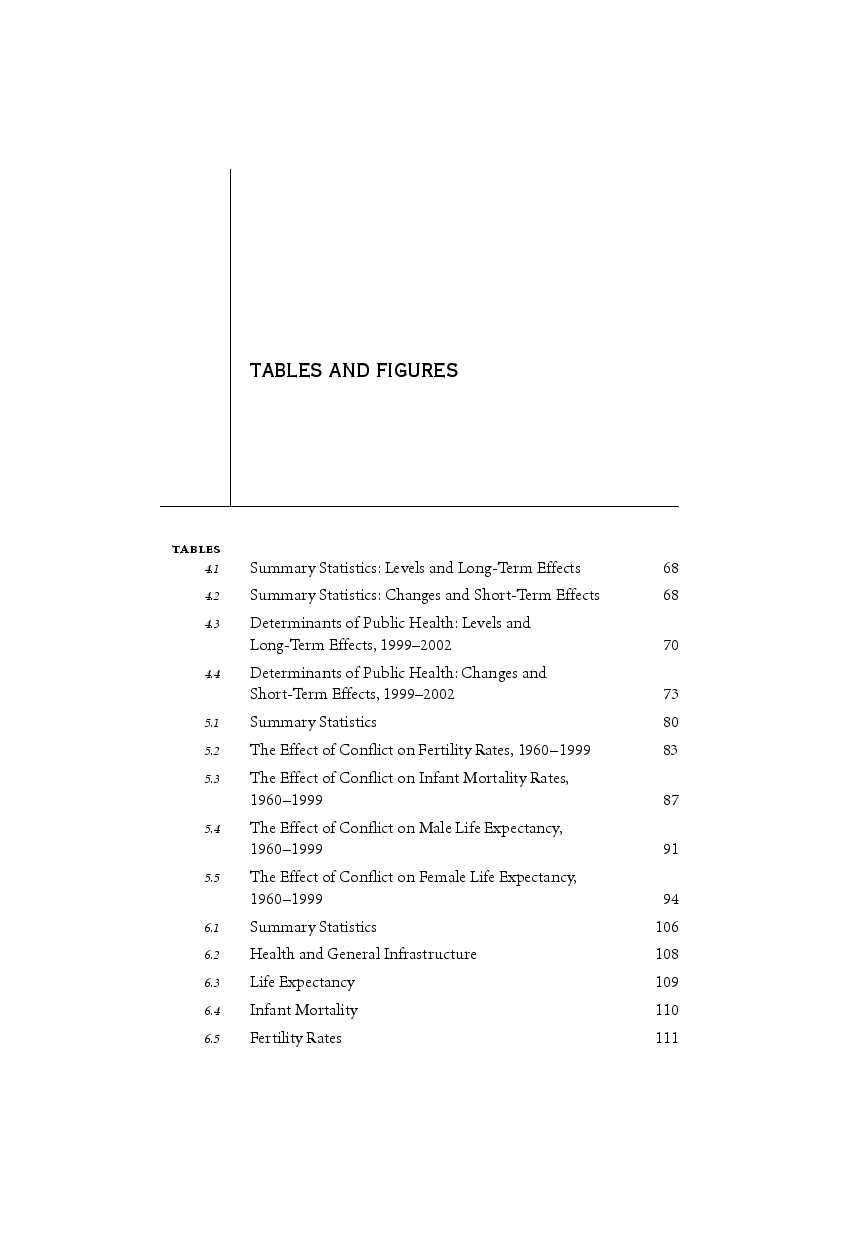