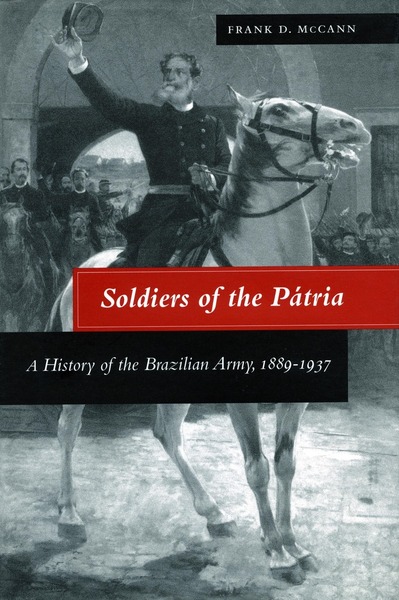 Soldiers of the Pátria
A History of the Brazilian Army, 1889-1937
Frank D. McCann

This book provides an authoritative history of the Brazilian army from the army’s overthrow of the monarchy in 1889 to its support of the coup that established Brazil’s first civilian dictatorship in 1937. The period between these two events laid the political foundations of modern Brazil—a period in which the army served as the core institution of an expanding and modernizing Brazilian state.

The book is based on detailed research in Brazilian, British, American, and French archives, and on numerous interviews with surviving military and civilian leaders. It also makes extensive use of hitherto unused internal army documents, as well as of private correspondence and diaries. It is thus able to shed new light on the army’s personnel and ethos, on its ties with civilian elites, on the consequences of military professionalization, and on how the army reinvented itself after the collapse of its command structure in the crisis of 1930—a reinvention that allowed the army to become the backbone of the post-1937 dictatorship of Getulio Vargas.

Frank D. McCann is Professor of History at the University of New Hampshire. He is author of The Brazilian-American Alliance 1937- 1945, runner-up for the Bolton Prize and winner of the 1975 Bernath Prize .

"The book represents a major contribution to a better understanding of the role of the military in Brazil, its foundational period, and the dynamics of its intervention in a critical phase in the country's history. I strongly recommend McCann's Soldiers of the Patria"

"Drawing on extensive research in Brazilian archives, Frank D. McMann expertly analyzes the Brazilian army's involvement in political plots, its role in suppressing Brazilian opposition movements, and the participation of its officers in civil government."

"Overall, this is a readable, well-crafted work."

"McCann brings to life the arcana of weapons procurement and army administration, especially the importance of the changing role of the chief of staff and the impact of the personalities who held it. He skillfully analyzes the culture of conspiracy, revolt, and amnesty that wreaked havoc with sensible and necessary army reforms, and he offers numerous insights into the major politial events of these years."

"This elegantly written book's most important contribution is its marriage of institutional history to an analysis of formal and informal political processes. It brings important new insights into the institutional and networking channels through which power flowed during a vital era in Brazilian history when the army became the vanguard of the state."

"This is an excellent comprehensive account of the early history of the Brazilian army, meticulously researched and documented, well written and interesting..." 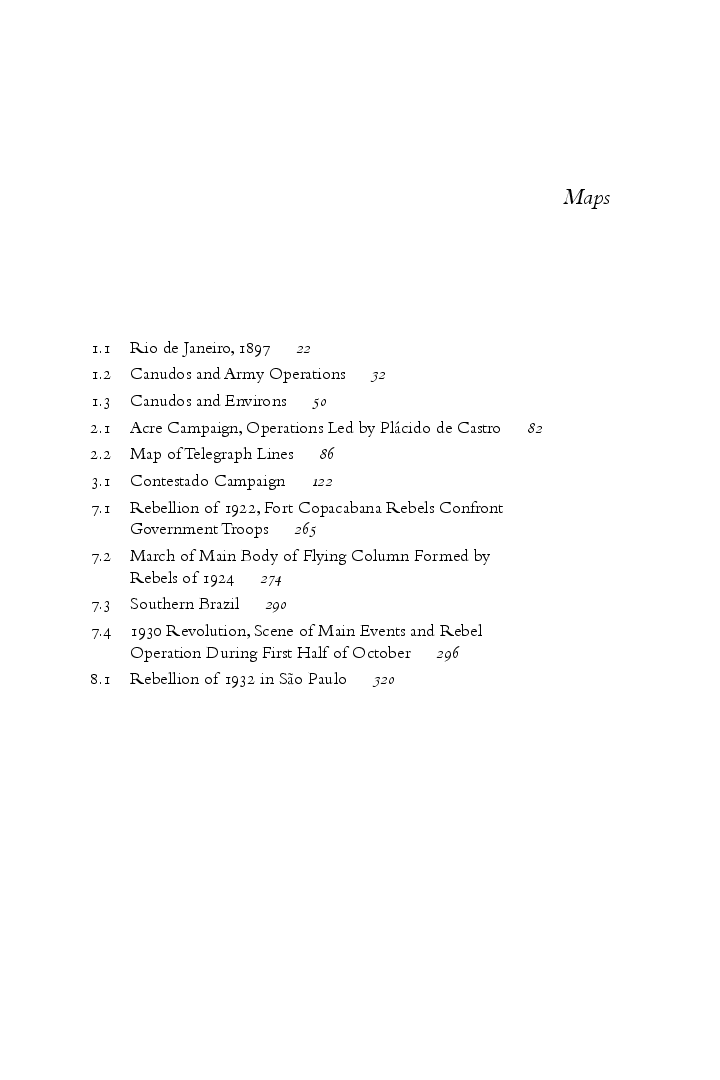 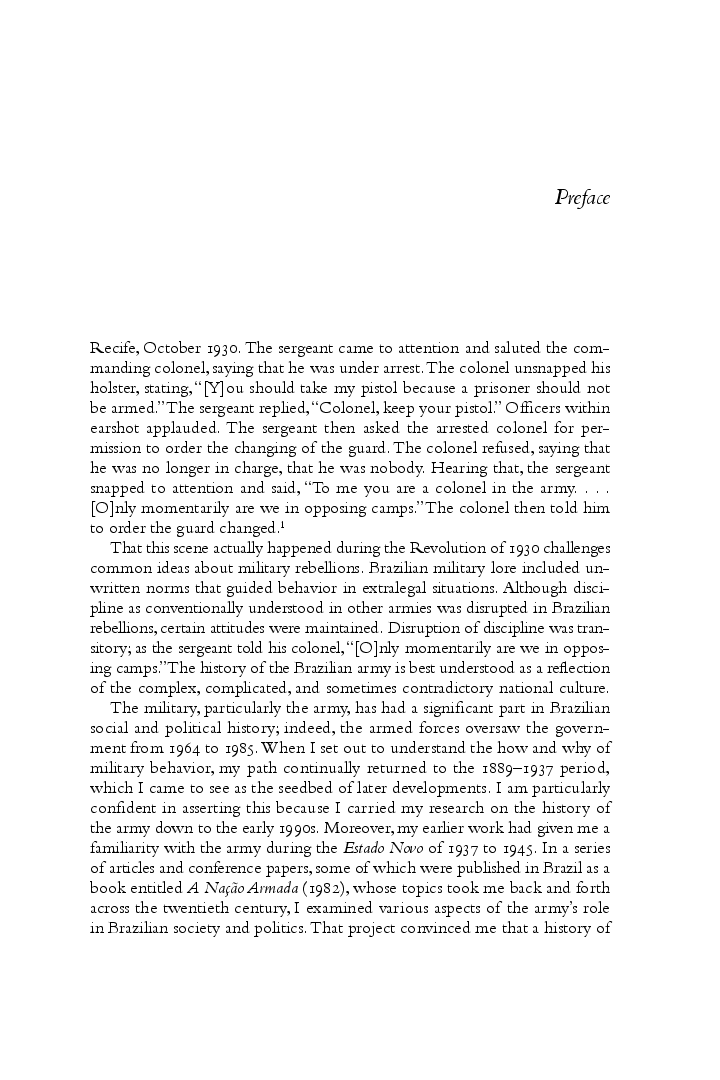 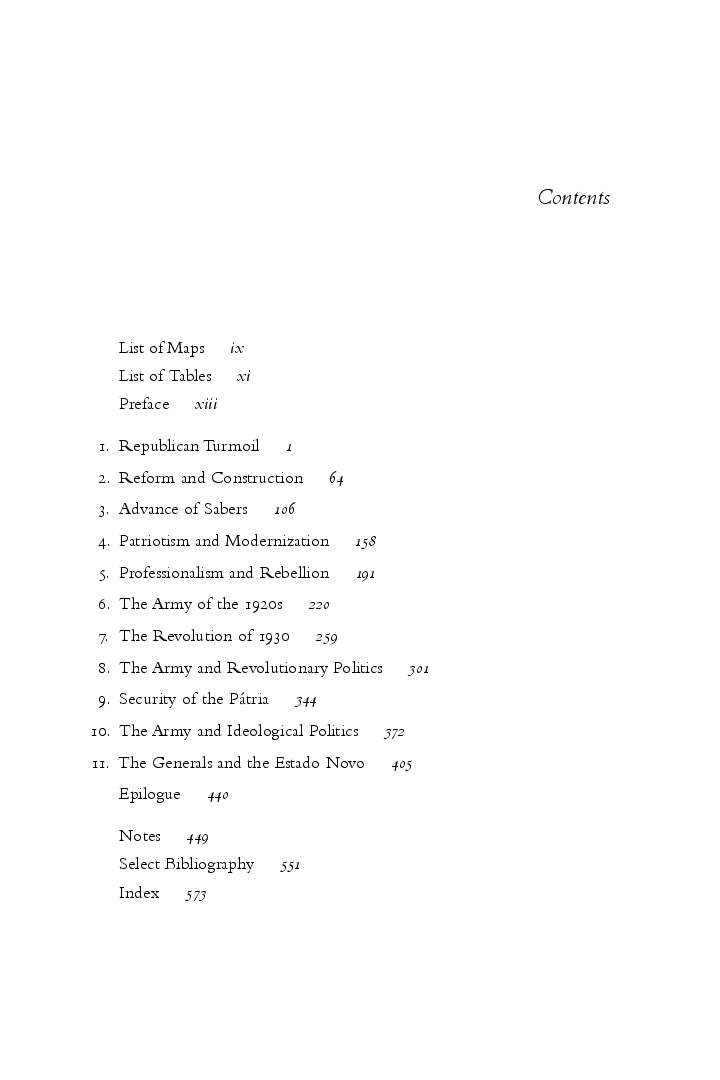 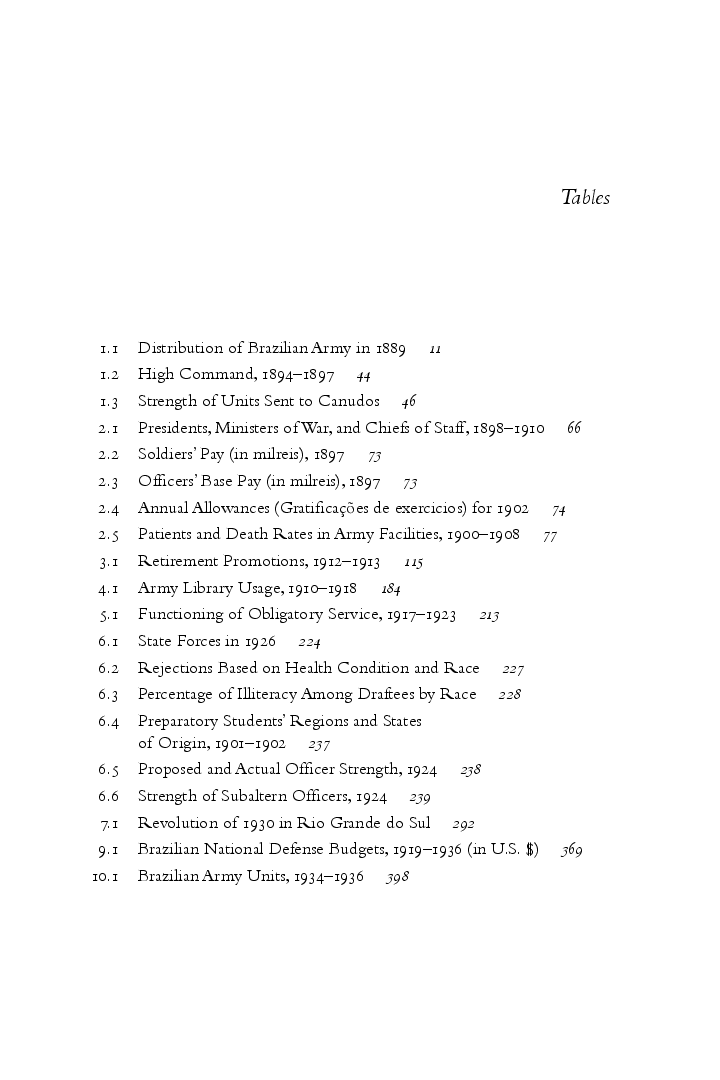