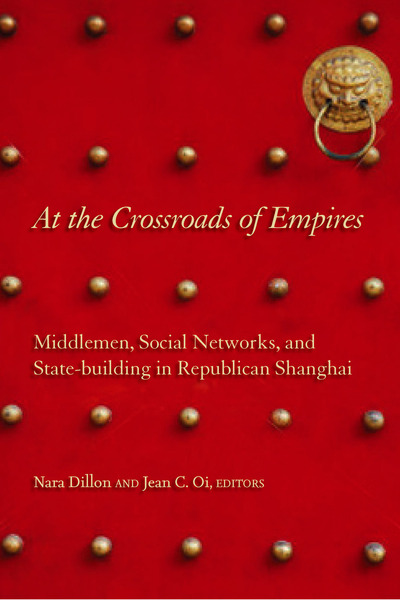 At the Crossroads of Empires
Middlemen, Social Networks, and State-Building in Republican Shanghai
Edited by Nara Dillon and Jean C. Oi

To a degree uncommon in among Chinese cities, Republican Shanghai had no center. Its territory was divided among three (sometimes more) municipal governments integrated into various national states and empires. No government building or religious institution gave Shanghai a “center." Yet amidst deep cleavages, the city functioned as a coherent whole. What held Shanghai together? The authors' answer is that a group of middlemen with myriad connections across political and social boundaries created networks that held Republican Shanghai together.

Jean C. Oi is William Haas Professor of Chinese Politics and was Director of the Center for East Asian Studies at Stanford. Her publications include Rural China Takes Off: Institutional Foundations of Economic Reform (1999). She is also co-editor, with Andrew Walder, of Property Rights and Economic Reform in China (Stanford, 1999). Nara Dillon is Assistant Professor of Political Studies at Bard College.

"One can only admire the patience and the attention to detail that the author applies to reassembling the pieces of the puzzle. . . Offers a precise and concrete illustration of the realities." 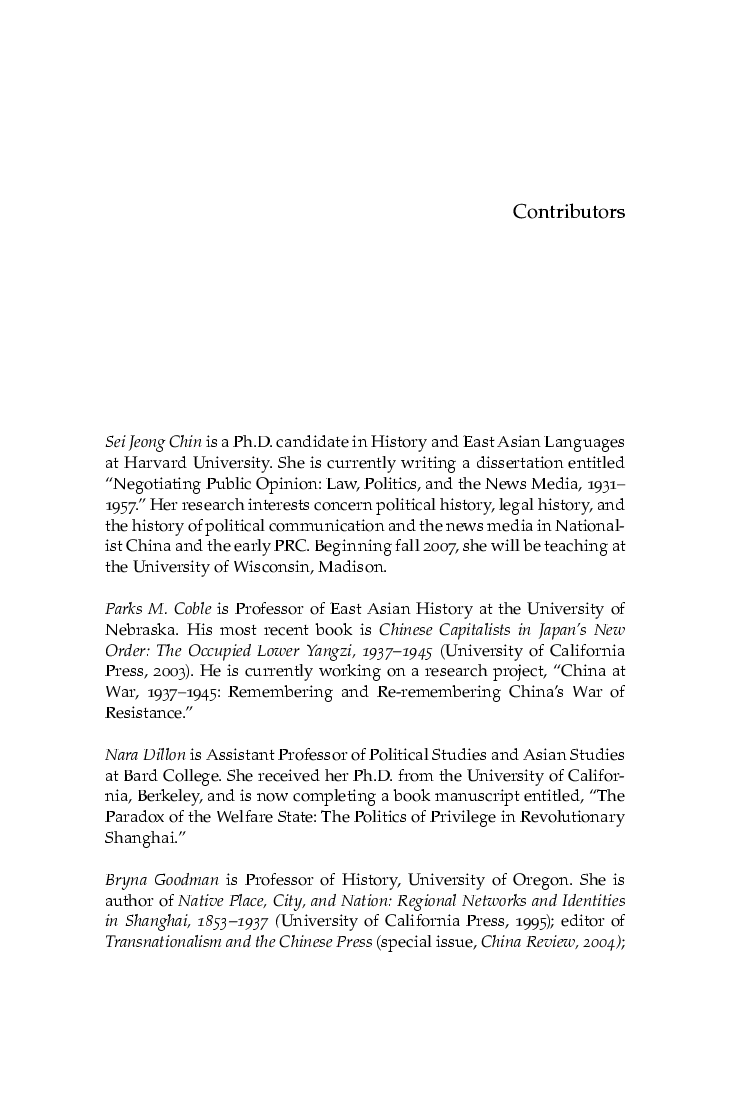 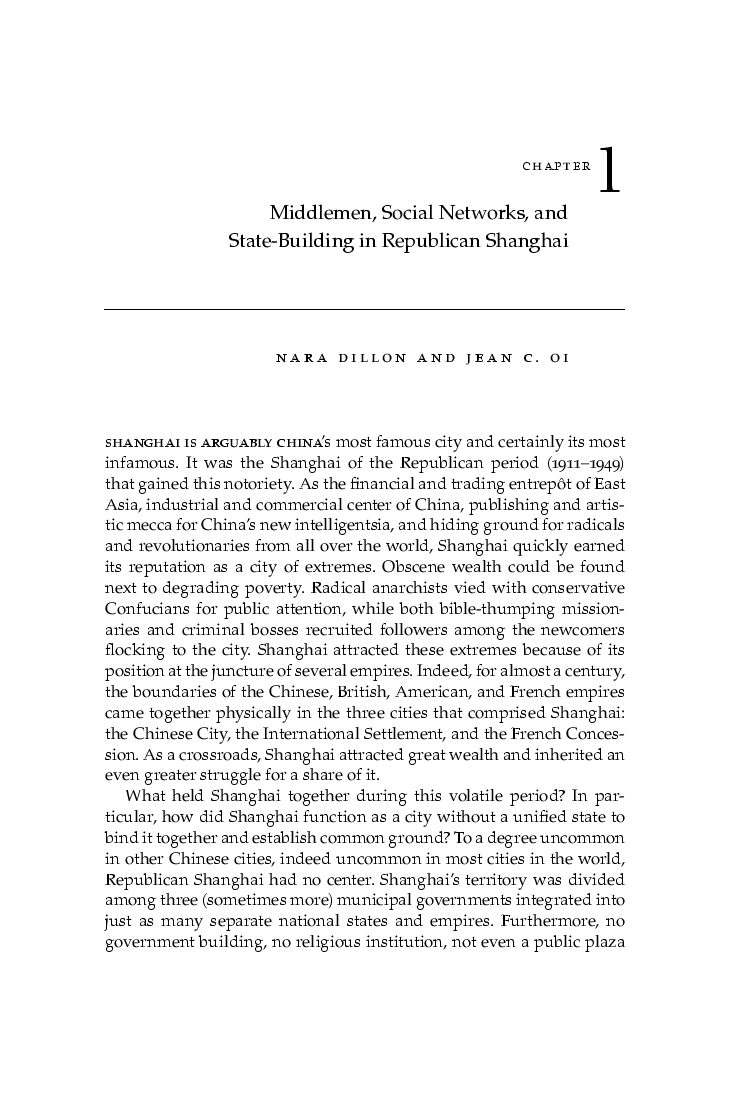 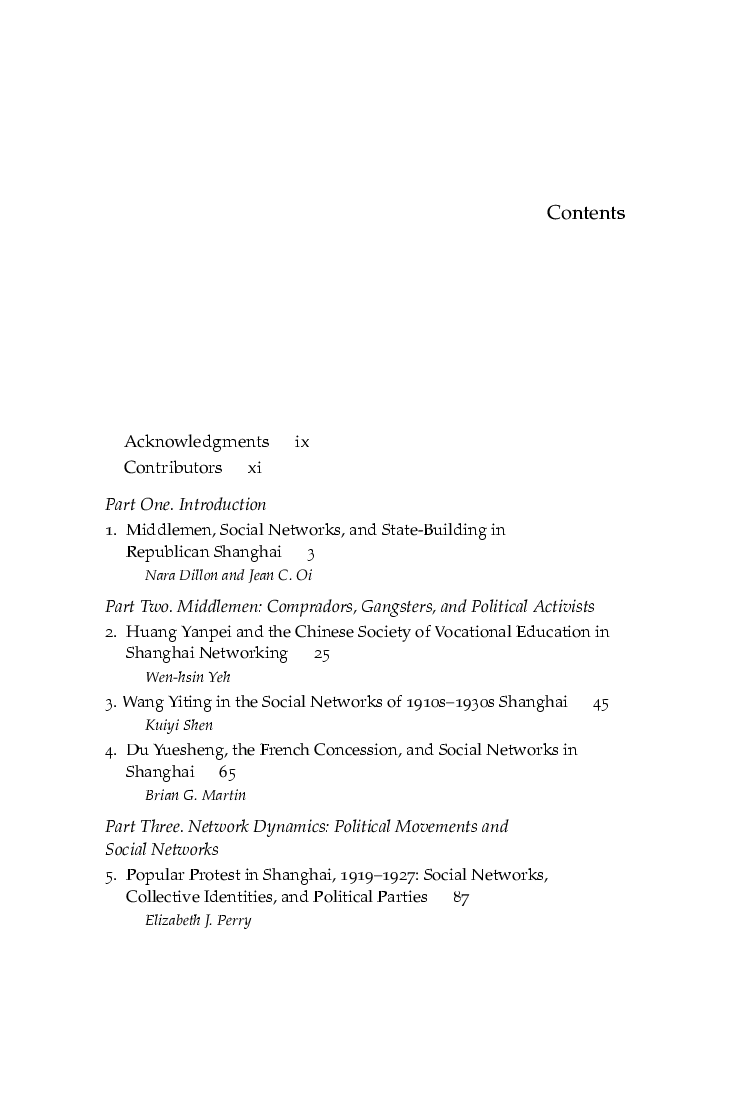