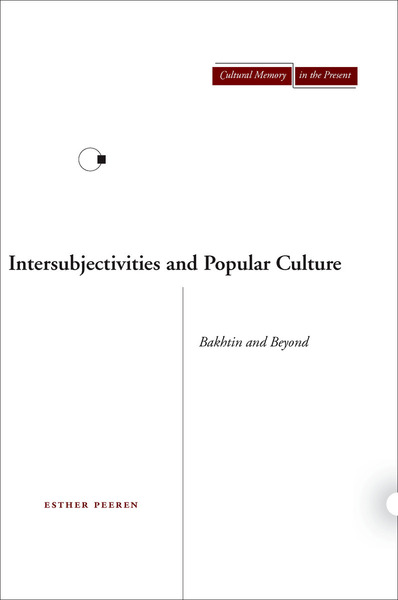 Intersubjectivities and Popular Culture
Bakhtin and Beyond
Esther Peeren
SERIES: Cultural Memory in the Present

Peeren's book brings the work of Russian literary theorist Mikhail Bakhtin to bear on contemporary expressions of popular culture, including the novel and television series Sex and the City, the television series Queer as Folk, the films Nell and Flawless, and London's annual Notting Hill Carnival. This selection of artifacts and events is designed to show the continuing relevance of Bakhtin's ideas for present-day literary and cultural studies and to theorize the construction and political assertion of gender, racial, and sexual identities as fundamentally intersubjective. With Intersubjectivities and Popular Culture, Peeren models a new approach to Bakhtin that moves away from the study of Bakhtin's sources and historical context in order to situate him in relation to present-day debates about identity and agency. By working through various concepts—the chronotope, performativity, the look and the gaze, the cultural addressee, accents and speech genres, translation, and territory and versioning—she demonstrates how Bakhtin's ideas are tested, transformed, and extended by their interaction with specific instances of popular culture and with the other theoretical frameworks those instances invoke.

Esther Peeren is Lecturer in Comparative and (Trans-)Cultural Analysis in the Department of Languages and Literatures at the University of Amsterdam. She completed her Ph.D. at the Amsterdam School for Cultural Analysis and has published articles on queer television, the chronotopic dimension of diaspora, and the translation theories of Mikhail Bakhtin and Jean Laplanche. Her current research explores the spectral dimension of gender and race identities in contemporary literature, film, and television.

“Peeren brings Bakhtin scholarship into previously unexplored territories, taking provocative stances, showing where he needed to think more clearly, and using him to study objects of which he probably would never have approved. Until now, no one has ever done such an exciting reading of Bakhtin in the light of performance studies.” —Anthony Wall, University of Calgary 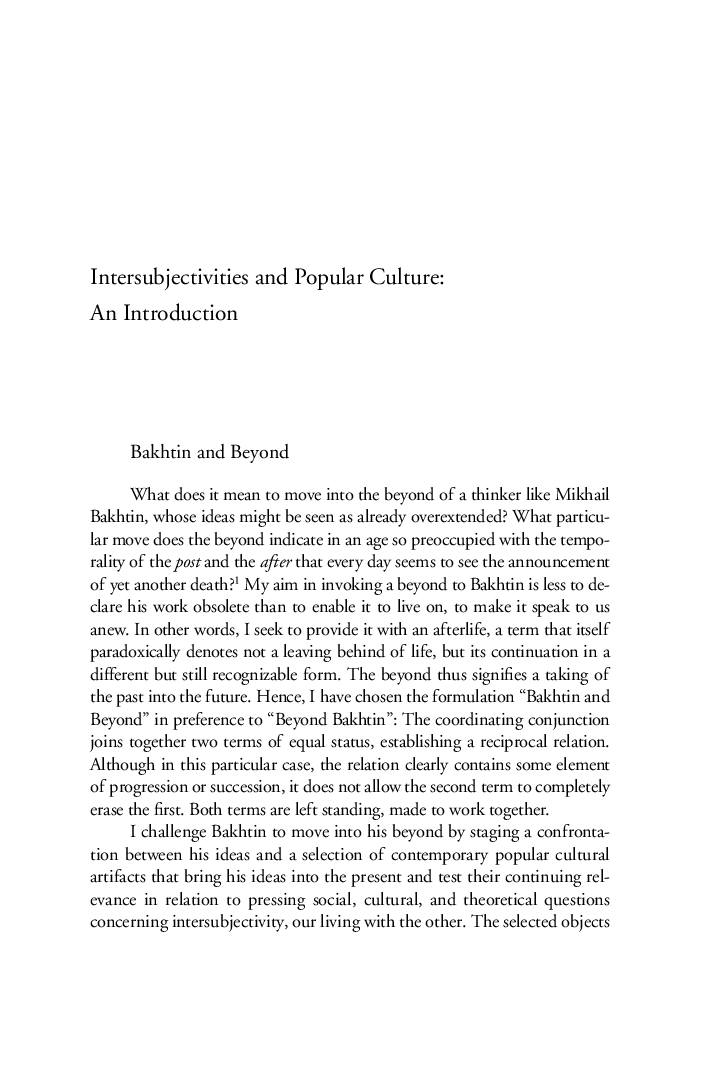 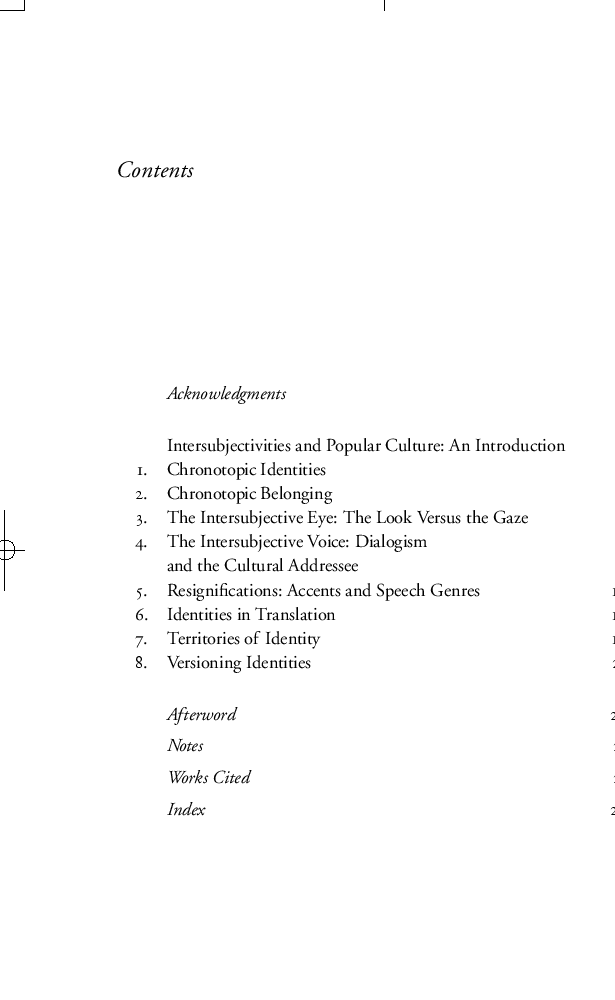