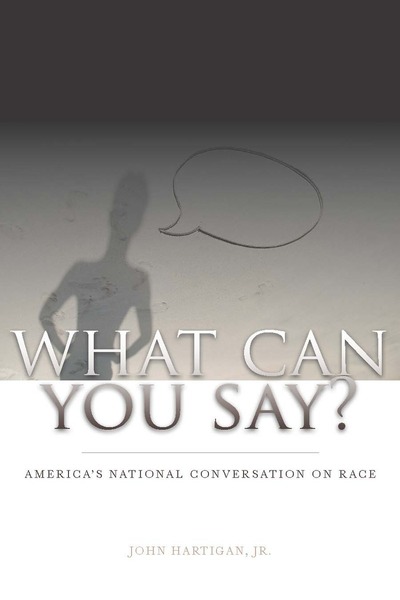 What Can You Say?
America's National Conversation on Race
John Hartigan Jr.

We are in a transitional moment in our national conversation on race. "Despite optimistic predictions that Barack Obama's election would signal the end of race as an issue in America, the race-related news stories just keep coming. Race remains a political and polarizing issue, and the sprawling, unwieldy, and often maddening means we have developed to discuss and evaluate what counts as "racial" can be frustrating. In What Can You Say?, John Hartigan Jr. examines a watershed year of news stories, taking these events as a way to understand American culture and challenge our existing notions of what is racial—or not.

The book follows race stories that have made news headlines—including Don Imus's remarks about the Rutgers women's basketball team, protests in Jena, Louisiana, and Barack Obama's presidential campaign—to trace the shifting contours of mainstream U.S. public discussions of race as they incorporate new voices, words, and images. Focused on the underlying dynamics of American culture that shape this conversation, this book aims to make us more fluent in assessing the stories we consume about race.

Advancing our conversation on race hinges on recognizing and challenging the cultural conventions governing the ways we speak about and recognize race. In drawing attention to this curious cultural artifact, our national conversation on race, Hartigan ultimately offers a way to to understand race in the totality of American culture, as a constantly evolving debate. As this book demonstrates, the conversation is far from over.

John Hartigan Jr. is Director of the Americo Paredes Center for Cultural Studies and Associate Professor of Anthropology at the University of Texas at Austin. He is the author of Odd Tribes: Toward a Cultural Analysis of White People (2005) and Racial Situations: Class Predicaments of Whiteness in Detroit (1999).

"Before the next exasperated call for a 'national conversation on race,' which invariably follows each and every high-profile news headline with the slightest racial tinge, people should read John Hartigan Jr.'s careful yet provocative analysis of contemporary Americans' beliefs about race/racism and the usually unproductive ways in which they play themselves out on a mass-mediated public stage. Indeed, this book should be recommended reading not just for interested students of race-relations, but for anybody living in an unavoidably multi-racial world with seemingly post-racial aspirations. And that's all of us."

"John Hartigan uses a year's worth of news stories—from the Jena six to Obama—to ponder what makes them racial. He argues these stories are riddled with ambiguity because the interpretive frames of race are changing. What is racial and what are the motivations of actors is not a straightforward matter as in other moments in our history. A provocative investigation and analysis of racial matters in the USA!"

—Eduardo Bonilla-Silva, author of Racism without Racists: Color-Blind Racism and the Persistence of Racial Inequality in the United States

"How do Americans know when a remark or incident is racial? In this brilliant and engaging book about 'our national conversation about race,' John Hartigan shows us the cultural conventions that shape our assessment of whether and how race matters as he reads a year's worth of 'race stories' in the news. He also shows us how those conventions are changing, some of the new ways of thinking and talking about race that are emerging, and a good deal about what 'the news' is as a cultural practice." 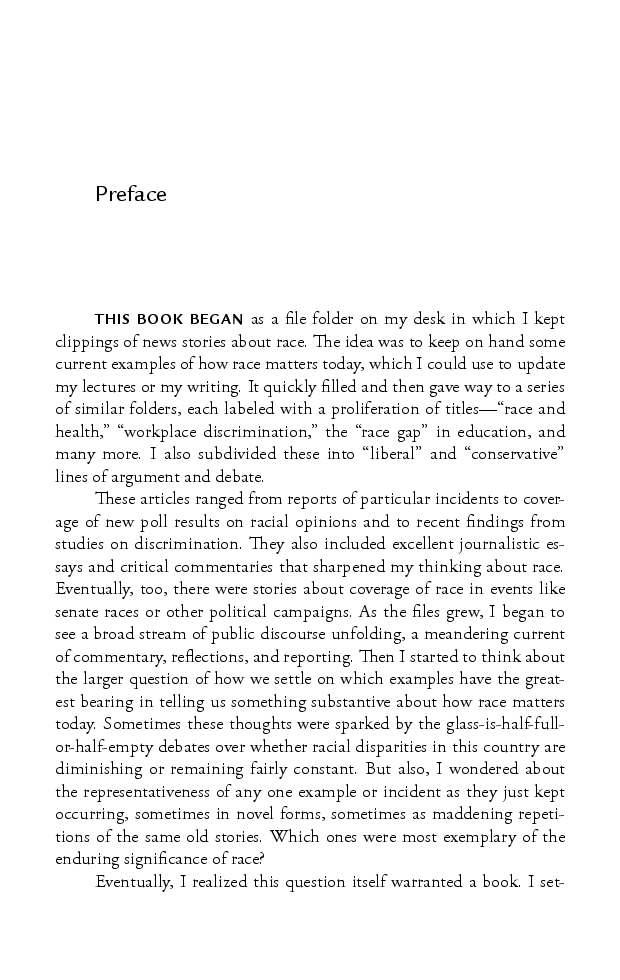 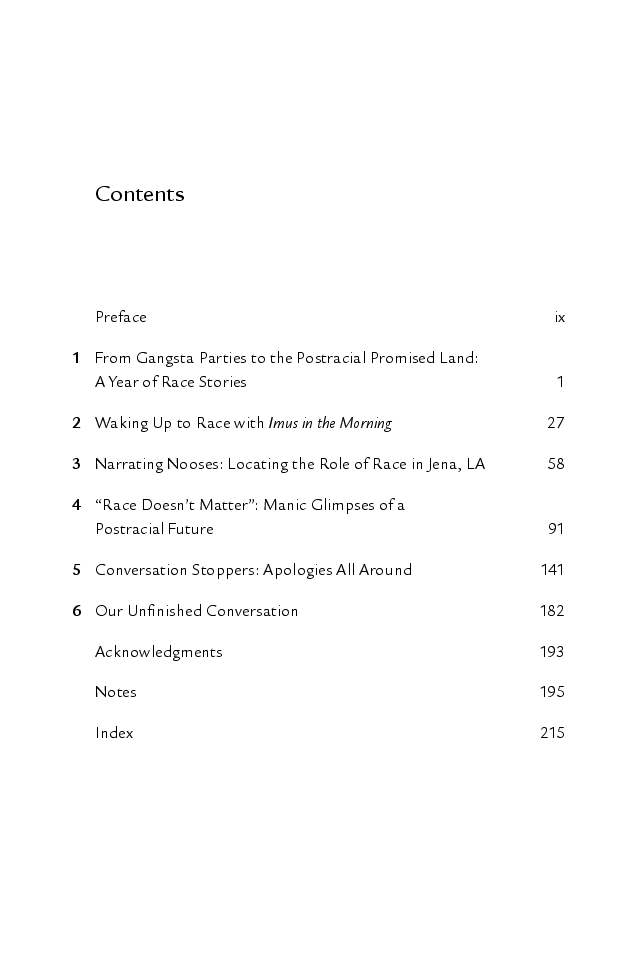