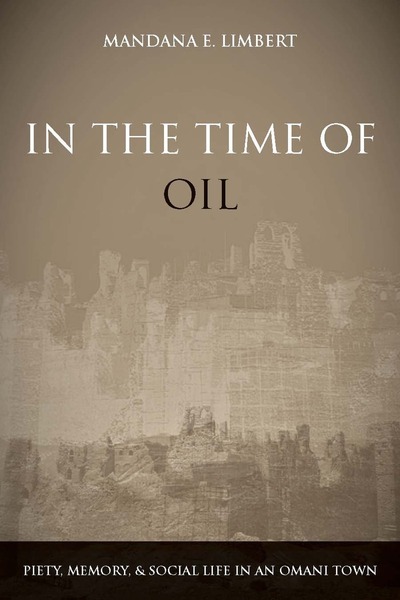 In the Time of Oil
Piety, Memory, and Social Life in an Omani Town
Mandana E. Limbert

Before the discovery of oil in the late 1960s, Oman was one of the poorest countries in the world, with only six kilometers of paved roads and one hospital. By the late 1970s, all that had changed as Oman used its new oil wealth to build a modern infrastructure. In the Time of Oil describes how people in Bahla, an oasis town in the interior of Oman, experienced this dramatic transformation following the discovery of oil, and how they now grapple with the prospect of this resource's future depletion.

Focusing on shifting structures of governance and new forms of sociality as well as on the changes brought by mass schooling, piped water, and the fracturing of close ties with East Africa, Mandana Limbert shows how personal memories and local histories produce divergent notions about proper social conduct, piety, and gendered religiosity. With close attention to the subtleties of everyday life and the details of archival documents, poetry, and local histories, Limbert provides a rich historical ethnography of oil development, piety, and social life on the Arabian Peninsula.

Mandana Limbert is Associate Professor of Anthropology at Queens College and The Graduate Center of The City University of New York.

"This is a timely and important book that highlights the power of ethnography to engage questions that cut across scale and national boundaries. Bringing to the center notions of mobility and belonging that exceed national frames, it adds to an emergent field of scholarship on the Indian Ocean, the Arabian Peninsula, and other fluid transregional spaces."

"A thoroughly refreshing exploration of a Gulf community's experiences of the sudden changes that come with the discovery of oil, and its uncertainties about the future, given the knowledge the wells will one day run dry. Limbert skillfully shows how everyday understandings of an affluent present—what may be a dream time—rely on diverging conceptions of the past. Beautifully written and cogently argued, In the Time of Oil presents an insightful analysis of the impact of oil on the form and content of social relations."

"In the Time of Oil is compelling ethnography. Mandana Limbert offers unusual insights into contemporary Arabian Peninsula society. She engages current thought on how memory and identity are forged and maintained in an era when both younger women and men have been 'schooled' by the state. This is an exemplary book for a region in which such books are few and far between."

"Instead of beginning with gender segregation, veiling, honor, and modesty, Limbert considers how women's sociality must be understood in terms of political economy and transformations of modernity in Oman. This book is innovative, deeply interesting, and fascinating to read. I highly recommend it for graduate and undergraduate students as well as all anthropologists and historians of the Middle East." 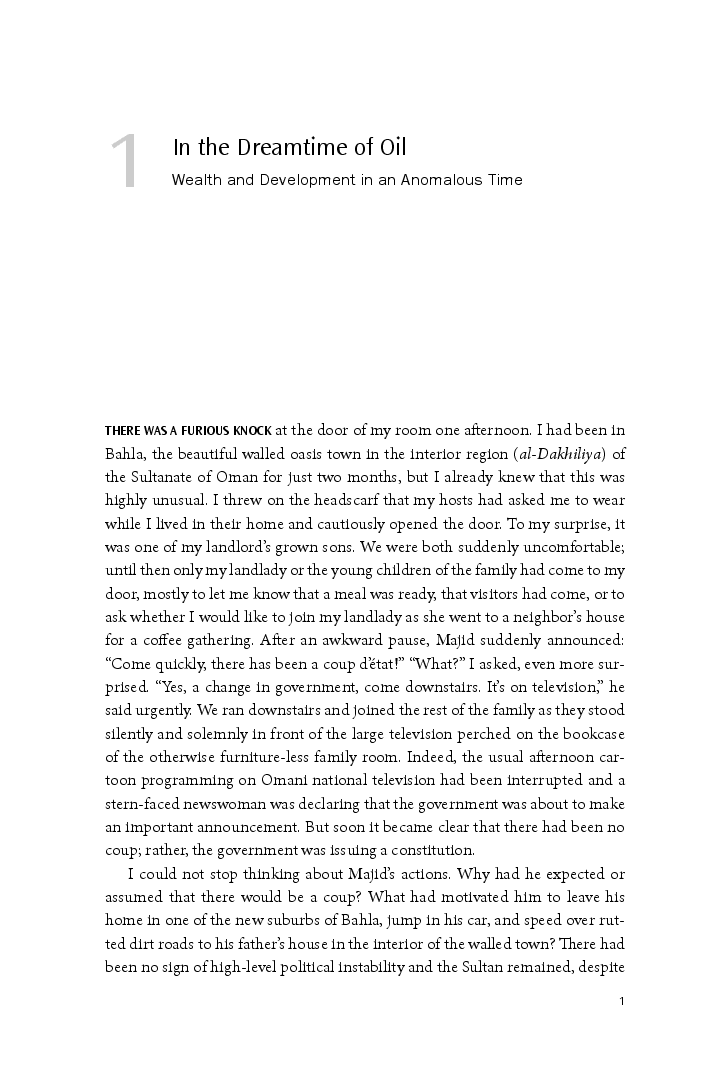 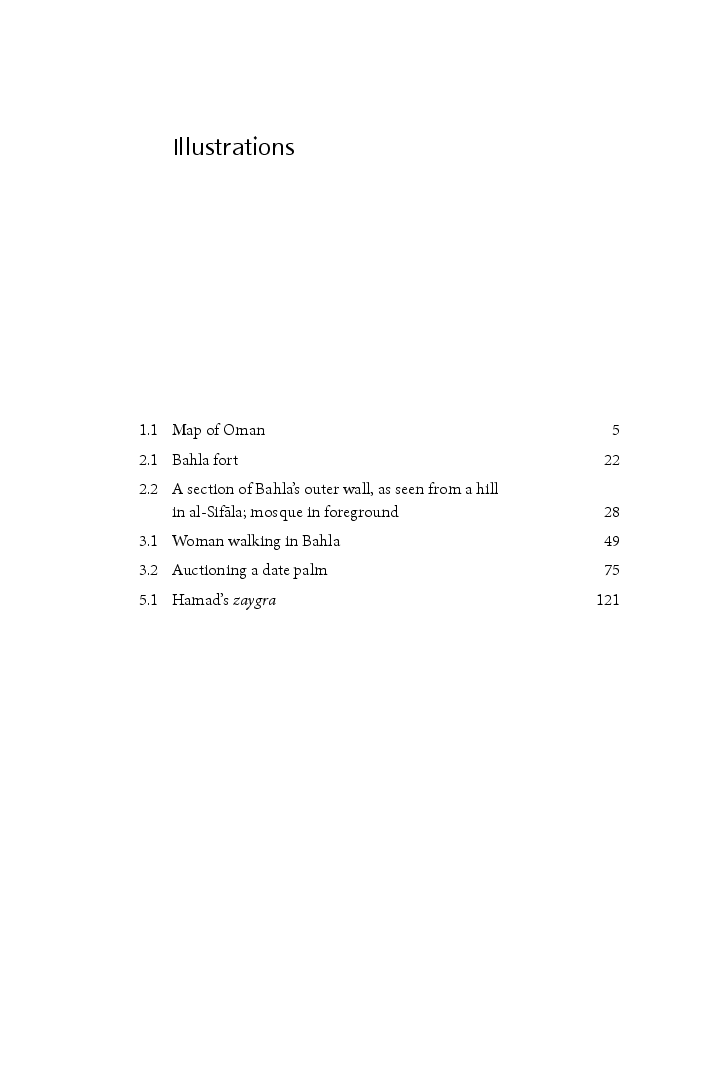 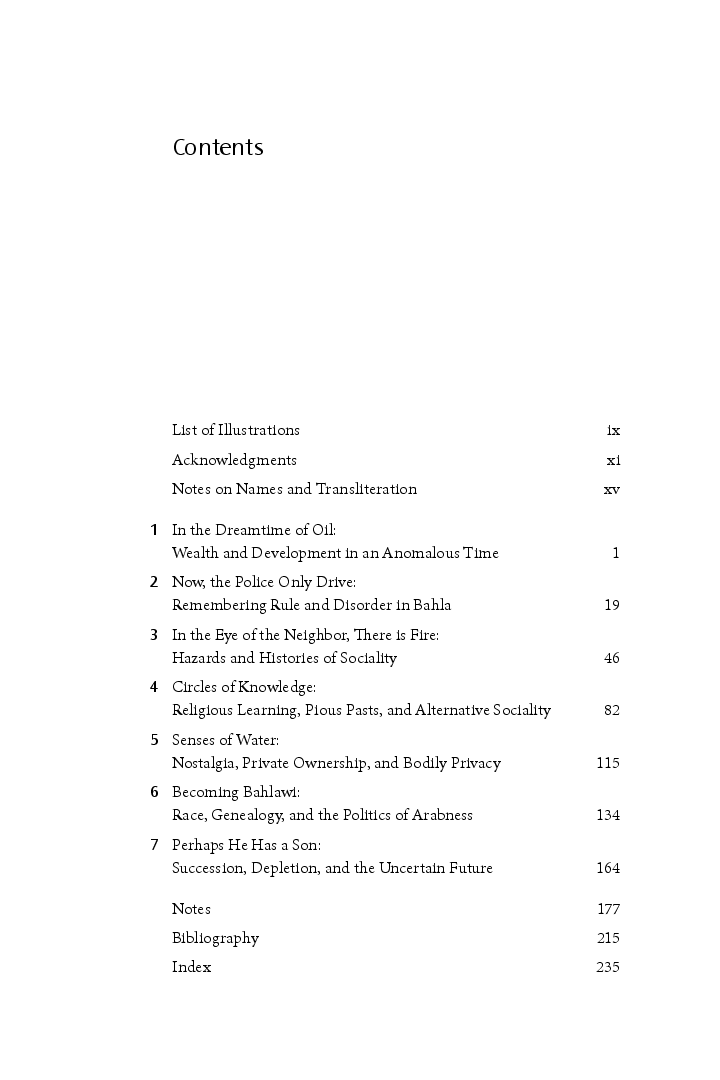