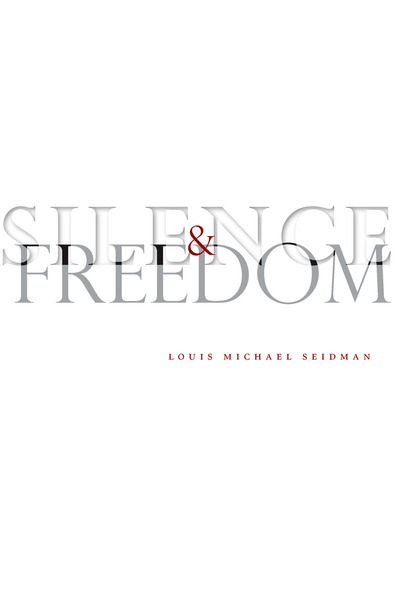 "You have the right to remain silent." These words, drawn from the Supreme Court's famous decision in Miranda v. Arizona, have had a tremendous impact on the public imagination. But what a strange right this is. Of all the activities that are especially worthy of protection, that define us as human beings, foster human potential, and symbolize human ambition, why privilege silence?

This thoughtful and iconoclastic book argues that silence can be an expression of freedom. A defiant silence demonstrates determination, courage, and will. Martyrs from a variety of faith traditions have given up their lives rather than renounce their god. During the Vietnam era, thousands of anonymous draft resisters refused to take the military oath that was a prelude to participating in what they believed was an immoral war. These silences speak to us. They are a manifestation of connection, commitment, and meaning.

This link between silence and freedom is apparent in a variety of different contexts, which Seidman examines individually, including silence and apology, silence and self-incrimination, silence and interrogation, silence and torture, and silence and death. In discussing the problem of apology, for example, the author argues that although apology plays a crucial role in maintaining the illusion of human connection, the right to not apologize is equally crucial. Similarly, prohibition against torture—so prominent in national debate since the events of Guantanamo and Abu Ghraib—is best understood as a right to silence, essential in preserving the distinction between mind and body on which human freedom depends.

"Seidman... favors scrapping Miranda rules in favor of public interrogation in the presence of counsel, backed by contempt charges against suspects who won't talk—and delights in tripping up conventional wisdom in logical paradoxes."

"Michael Seidman is one of the nation's most creative and challenging thinkers about constitutional law. He has an uncanny ability to make you think twice, and then again, about the meaning of our deepest national commitments. In this elegant volume, he gives voice to the many ways in which the right to silence and its opposite—the duty to speak—reflect the paradoxes of our constitutional tradition. You will never hear the Miranda warning in the same way again."

—David Cole, author of Enemy Aliens: Double Standards And Constitutional Freedoms In The War On Terrorism and legal affairs editor for The Nation

"Seidman offers a creative, unconventional, and at times quite brilliant meditation on the various issues clustered around the notion of silence. He identifies problems associated with the right to silence, shows why they exist, and demonstrates how difficult they will be to overcome. The book is by turns engaging, intriguing, and often dazzling."

—David A. Strauss, University of Chicago

"Silence and Freedom is a profound, unsettling, and trailblazing work that easily deserves attention. Even those who believe they have engaged in serious reflection on such subjects as compulsory flag salutes, torture, and suicide will find themselves troubled and enlightened by Seidman's insights." 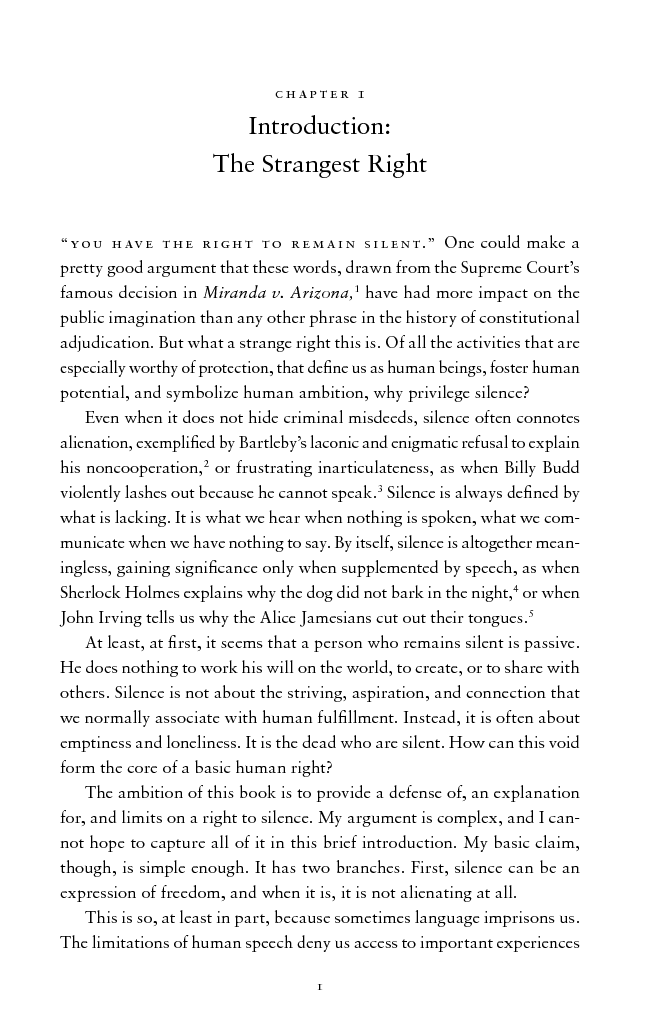 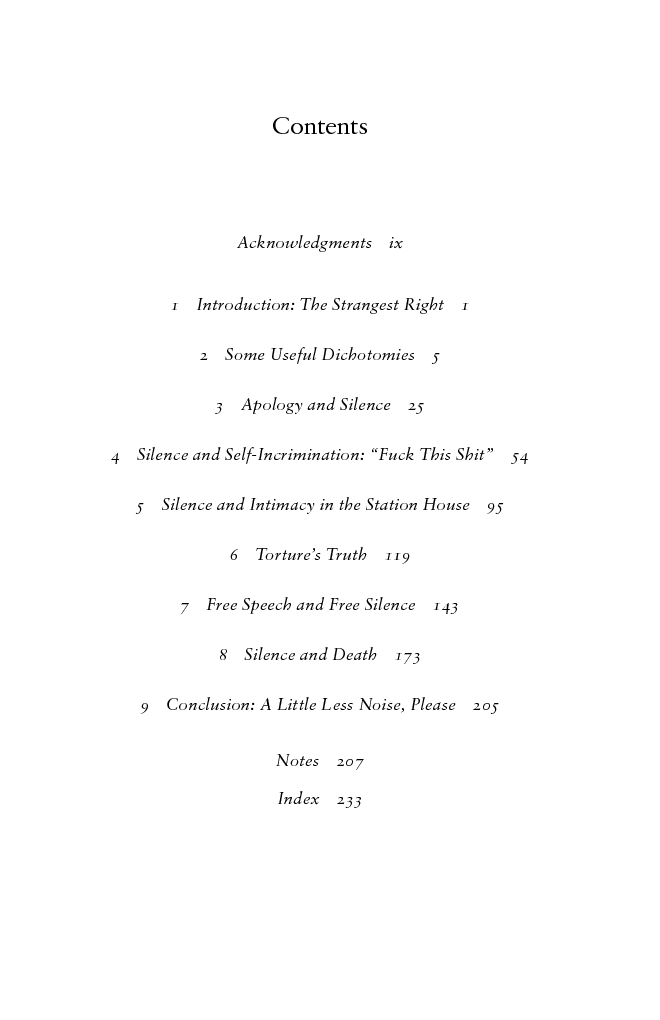