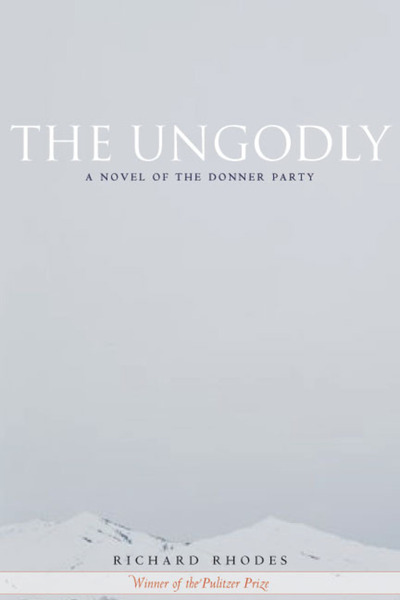 The Ungodly
A Novel of the Donner Party
Richard Rhodes

In 1846 several hundred wagons set out from Independence, Missouri, to follow the California Trail nearly 2,000 miles across unpopulated prairies, up sluggish and seemingly endless rivers, and through the Rocky Mountains over the Continental Divide. There, where the water flowed west to the far Pacific, the more prudent emigrants swung north through present-day Idaho, though that was the longer way west. One group, the Donner Party, braver or more foolhardy than the rest, chose an untried route that would shorten the distance.

It did. It also subjected them to obstacles so formidable that it cost many of them their lives. Yet it preserved their names and the story of their travail down through history-crowded years. No work of fiction has rendered this remarkable epic of ordeal with more vividness and power than Richard Rhodes's novel of the Donner Party, The Ungodly.

Upon its initial printing in 1973, Rhodes's masterful tale was praised for its realistic and gripping depiction of the struggles faced by that ill-fated group of men, women, and children. Now, more than thirty years later, Stanford University Press has reissued this harrowing and haunting novel. The Ungodly is an unforgettable story of terrible hardship and awesome courage—a story that increases our understanding of what kind of people made this nation and what a full and immeasurable price they paid.

Richard Rhodes is the Pulitzer Prize-winning author of The Making of the Atomic Bomb (1995), and, most recently, John James Audubon: The Making of an American Mind(2006).

"Certainly [Rhodes] has created an atmosphere as stark and gloomy as an old graveyard in an abandoned town. And certainly he has made a replica of the American past that often sets us to pondering the American present. But somehow none of these points quite does justice to this strange, accomplished book. So let me just admit that it is a grim, unpleasant story—a 'hard hard case,' as the narrator sighs while describing the ghoulish sights that greeted the relief parties. But unpleasant as it is, it is also beautiful. And one keeps reading it." 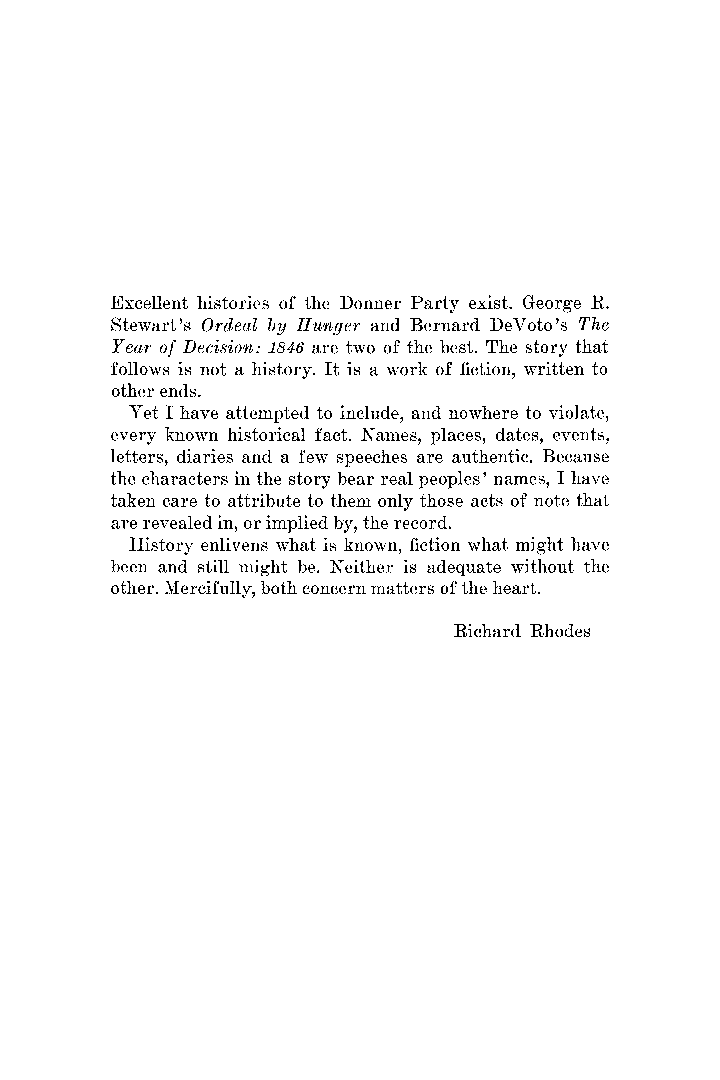