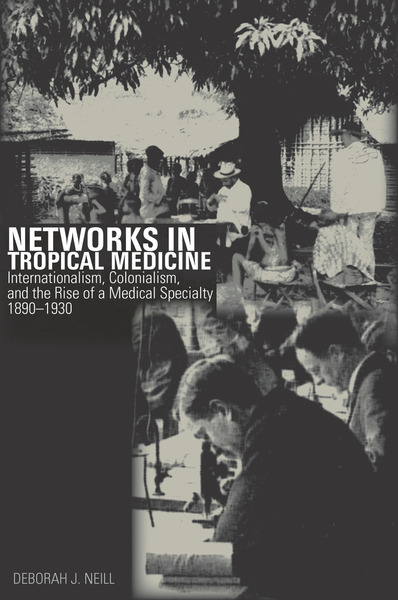 Networks in Tropical Medicine
Internationalism, Colonialism, and the Rise of a Medical Specialty, 1890–1930
Deborah J. Neill

Networks in Tropical Medicine explores how European doctors and scientists worked together across borders to establish the new field of tropical medicine in the late nineteenth and early twentieth centuries. The book shows that this transnational collaboration in a context of European colonialism, scientific discovery, and internationalism shaped the character of the new medical specialty. Even in an era of intense competition among European states, practitioners of tropical medicine created a transnational scientific community through which they influenced each other and the health care that was introduced to the tropical world. One of the most important developments in the shaping of tropical medicine as a specialty was the major sleeping sickness epidemic that spread across sub-Saharan Africa at the turn of the century. The book describes how scientists and doctors collaborated across borders to control, contain, and find a treatment for the disease. It demonstrates that these medical specialists' shared notions of "Europeanness," rooted in common beliefs about scientific, technological, and racial superiority, led them to establish a colonial medical practice in Africa that sometimes oppressed the same people it was created to help.

Deborah Neill is Assistant Professor of History at York University.

"[Neill's] book is more wide-ranging than this summary of her argument suggests, and Neill deftly weaves her different themes together in an admirably clear analysis. Moreover, her book offers a genuinely transnational treatment of her topic . . . This reviewer would recommend this for lay readers and scholars interested in Africa, empire, or the history of medicine and science. Neill's methodology offers a very useful example to scholars who tackle transnational topics, and the book would be a worthwhile addition to a graduate class or an upper-level undergraduate class engaging with any of the fields mentioned above."

"Deborah Neill proposes a new approach to the emergence of tropical medicine, one shaped by recent reassessments of the European colonization of Africa between 1885 and World War I . . . Neill's study of medicine highlights the networks of scientists and doctors across both Europe and the European-controlled territories of Africa in order to demonstrate the relationship of this emerging discipline to the 'racialization of medical discourse'."

"[L]iterary, sociological, and cultural scholars will find much of use here . . . Natural connections exist between Neill's fine work and perspectives shaped by the alienation implicit in elements of the Enlightenment project . . . Neill's work in Networks in Tropical Medicine seems quite likely to elicit significant response beyond the historical perspectives that comprise its primary audience."

—Lindsay Parker, The Year's Work in Critical and Cultural Theory

"Networks in Tropical Medicine is a beautifully written—scarcely a sentence is wasted—and the book is a valuable addition to the literature that draws together and builds on the existing historiography."

"No scholar, until now, however, has considered so carefully and so thoroughly the co-operative dimensions of late nineteenth and early twentienth-century European tropical medicine . . . Neill has crafted a readable and interesting study founded on sound archival research with many novel insights."

"Groundbreaking in that it challenges us to rethink the relationship between the emerging discipline of tropical medicine and the policies and practices of colonial health authorities."

—Randall Packard, Bulletin of the History of Medicine

"This work has made an important contribution to the history of medicine and its role in colonialism by tracing how medical networks functioned during a period of increasing hostility. The attention to detail coupled with an excellent overview of the development of tropical medicine as a scientific and medical specialty makes this work useful to specialists in tropical and colonial medicine, those new to its study, and students. For demonstrating both the strength and fragility of these networks and explaining the laboratory to field connection, while elucidating how a medical specialty was formulated, Neill deserves much praise."

Networks in Tropical Medicine is one of the most substantial contributions to a new strand of research. . . [I]t not only offers an ambitious transnational analysis of European tropical medicine before 1914, but also provokes new questions that transcend the book's conscious geographical, chronological and thematic confines. Hence, one can only hope that this groundbreaking and thought-provoking book, situated at the intersection of studies in transnationalism, colonialism and the history of tropical medicine, finds a broad audience in all these fields and sparks further research along similar lines."

"Deborah Neill's work is a much-needed response to David Arnold's call for the investigation of how colonial 'medical networks transcended national and imperial divisions' . . . [A] valuable contribution to the field . . . Neill's conscious attempt to move beyond the Anglocentric and malaria-focused narratives of much of the scholarship on the history of tropical medicine is perhaps most informative to the general reader."

—Christopher H. Myers, Journal of the History of Medicine and Allied Sciences

"Neill's cutting-edge work opens up significant new perspectives on the relationship among different colonial powers, international politics, and the management of disease, on the one hand; and, on the other, the particular role played by medicine in the construction of racialized identities in the modern era."

"Deborah Neill makes an important and original argument about the interplay of nationalism and internationalism in the European colonial project. In emphasizing the internationalism of colonialism, Networks in Tropical Medicine shows how the rise of international organizations continued significant aspects of the formal colonial rule that they also displaced."

"[Neill] aptly reconstructs intellectual networks between the metropole and the imperial territories, persuasively disrupting previous notions of medicine and empire." 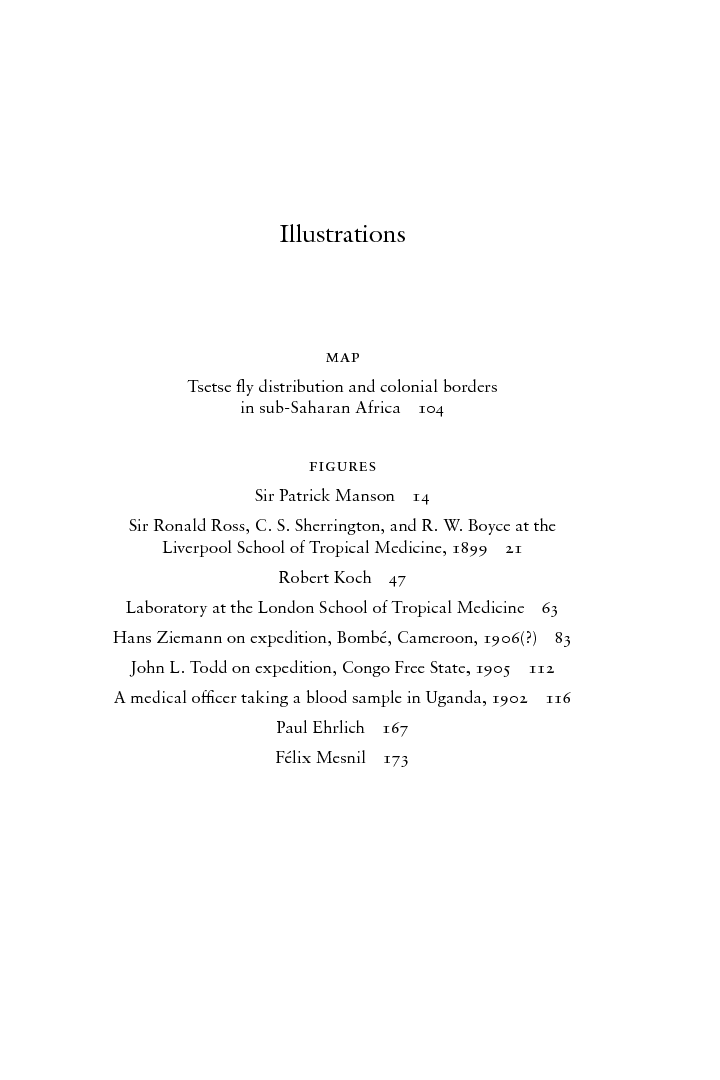 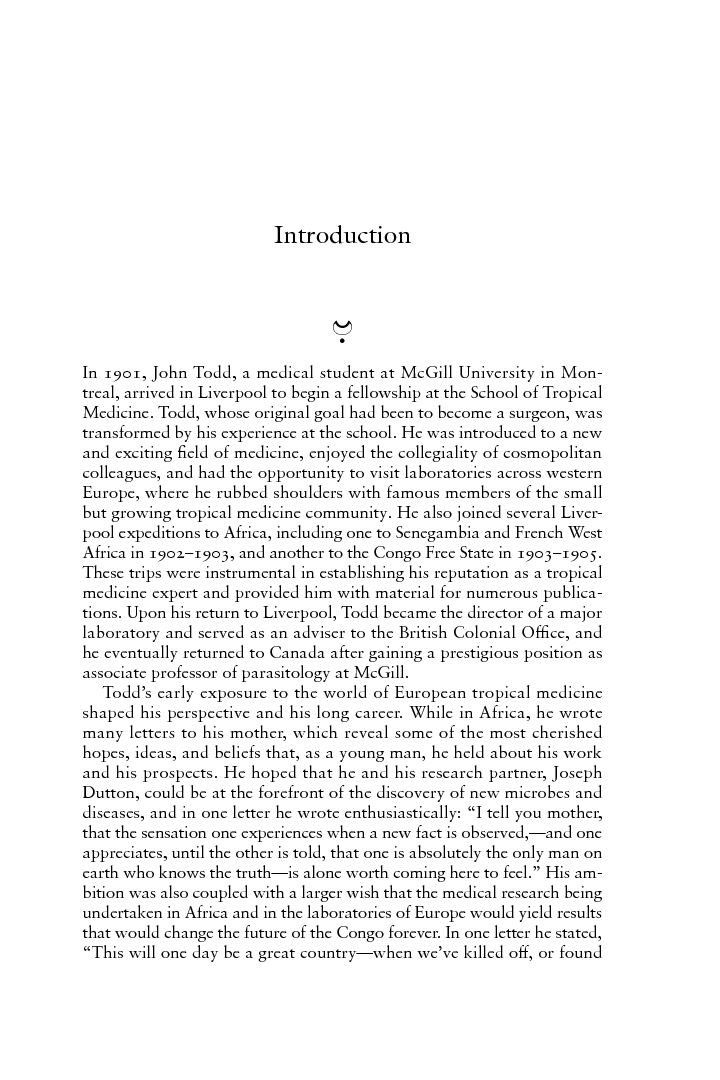 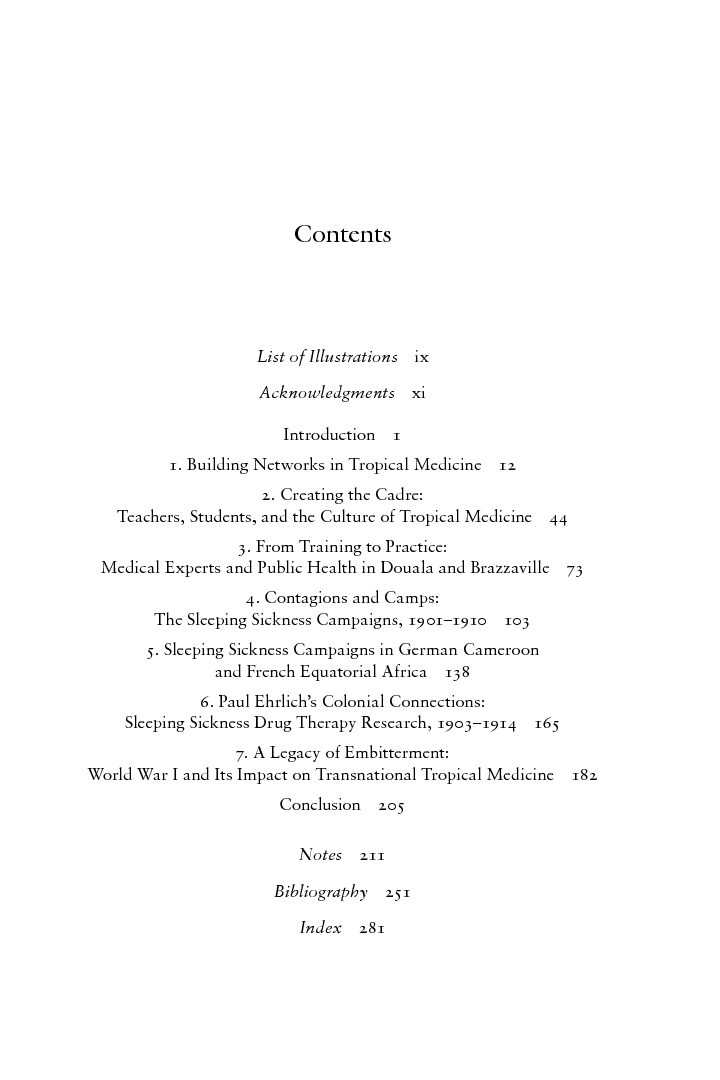