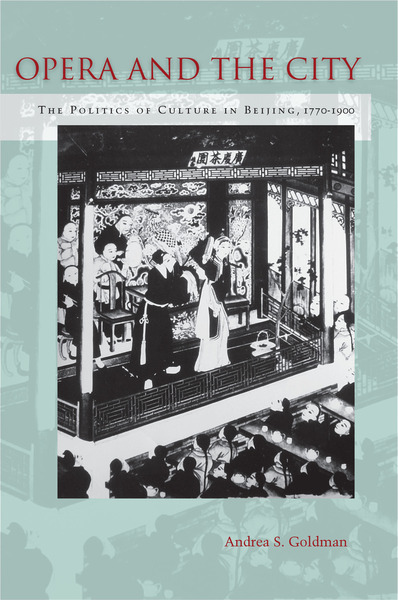 Opera and the City
The Politics of Culture in Beijing, 1770-1900
Andrea S. Goldman

Winner of the 2014 Joseph Levenson (Pre-1900) Book Prize, sponsored by the Association for Asian Studies.

In late imperial China, opera transmitted ideas across the social hierarchy about the self, family, society, and politics. Beijing attracted a diverse array of opera genres and audiences and, by extension, served as a hub for the diffusion of cultural values.

It is in this context that historian Andrea S. Goldman harnesses opera as a lens through which to examine urban cultural history. Her meticulous yet playful account takes up the multiplicity of opera types that proliferated at the time, exploring them as contested sites through which the Qing court and commercial playhouses negotiated influence and control over the social and moral order. Opera performance blurred lines between public and private life, and offered a stage on which to act out gender and class transgressions. This work illuminates how the state and various urban constituencies manipulated opera to their own ends, and sheds light on empire-wide transformations underway at the time.

Andrea S. Goldman is an Associate Professor of History at University of California, Los Angeles.

"This thoroughly researched and erudite study turns the history of Chinese opera, often treated elsewhere as an esoteric subject, into a key venue for broad social and cultural inquiry into the evolution of Chinese urban politics and culture in the second half of the Qing era . . . This book's major strengths are Andrea Goldman's highly original interpretive vision and her extensive primary-text scholarship . . . This volume is an important addition to the scholarship on late imperial Beijing society, politics, and culture . . . Goldman's study opens up a refreshing vista on late imperial Chinese artistic and cultural life and its social meanings and politics, pushing us toward a horizon of understanding this history through new perspectives and in unexpected locations."

"Andrea S. Goldman has written a thoughtful study of the cultural and political context of operatic production, performance, and consumption in Beijing from the late eighteenth to the end of the nineteenth century. Thoroughly researched, theoretically innovative, and engagingly written, this work is both a pleasure to read and a substantial contribution to our understanding of how the urban milieu of the late imperial capital city influenced and was influenced by the political dynamics of China's administrative center . . . [Opera in the City is] a truly impressive piece of scholarship that should be considered essential reading for all those interested in Chinese opera, Qing urban history, cultural history, Beijing history, and the intersection of politics and culture in the late-imperial period."

"Tightly anchored on historical and literary sources, and informed by gender and cultural studies, Goldman's erudite social history of opera takes us on an exciting walk in the capital city, from the height of the empire to the foreign occupation in 1900 that disrupted the state the society, and the practice of opera. Augmented by fascinating illustrations, the text unravels the evolving opera culture as it tracks turning points where politics, society, and war shaped the urbanite community of a million people."

"Raising provocative arguments for discussion is one of the most important things an historical monograph can do, and when, as in Goldman's book, it is combined with deep erudition and empirical richness, it is an occasion to celebrate. Opera and the City is truly a work that not only scholars of Chinese literature but those of late imperial urban society and culture will certainly want to read."

"Opera and the City is an extremely well-researched and well-argued monograph on the development of commercial theatre in Beijing from the heyday of the Manchu Qing dynasty in the middle of the eighteenth century to the eve of the dynasty's collapse in 1911."

"Goldman offers a lively, stimulating account of the complex interaction between opera and urban culture in China between 1770 and 1900. This period tends to be underrepresented in scholarship, due to the difficulty of positioning what was innovative and socially challenging within the traditions of Qing society, but the author approaches these issues with wit and precision, and expertly reveals to the reader the colorful world of 19th-century Beijing . . . Highly recommended."

"Goldman's study of Peking opera is thorough, convincing, and fascinating. It will be required reading for scholars of Chinese theater, late imperial culture, Qing history, and gender studies. The scholarship is as good as it gets."

"Like a rewarding afternoon at the theater in Qing Beijing, Opera and the City is a lively, sexy, and artistically accomplished performance. Andrea S. Goldman's erudition and passion for theater animate her important study of the gender, class, and Court politics of Qing commercial theater. A must-read for anyone interested in late imperial China." 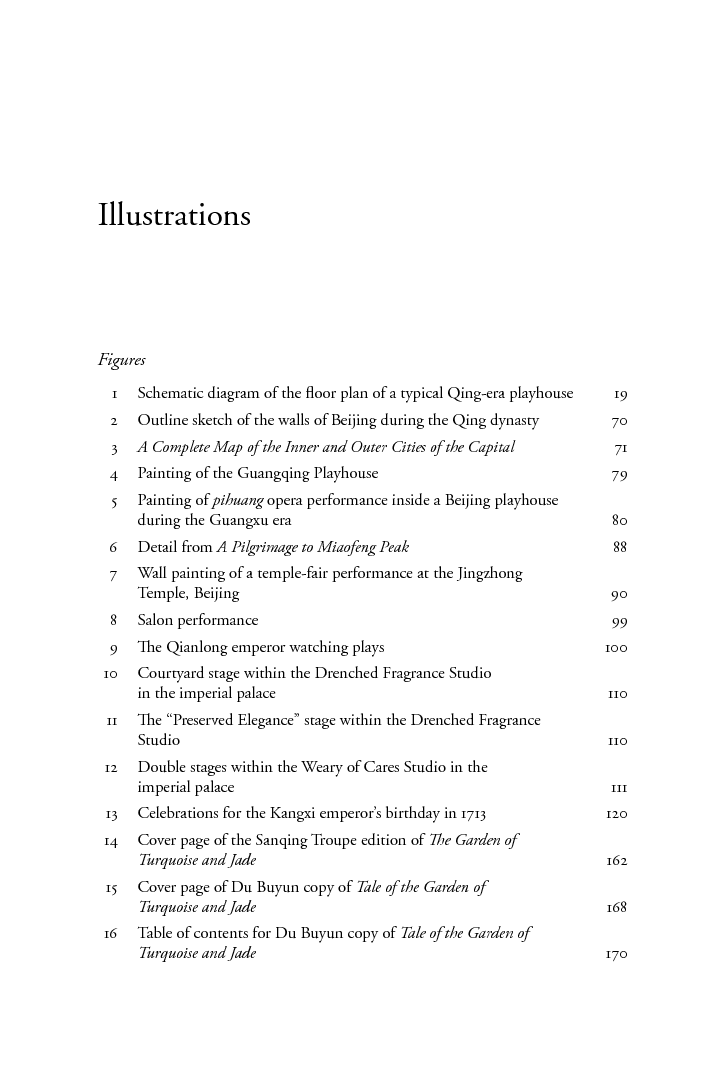 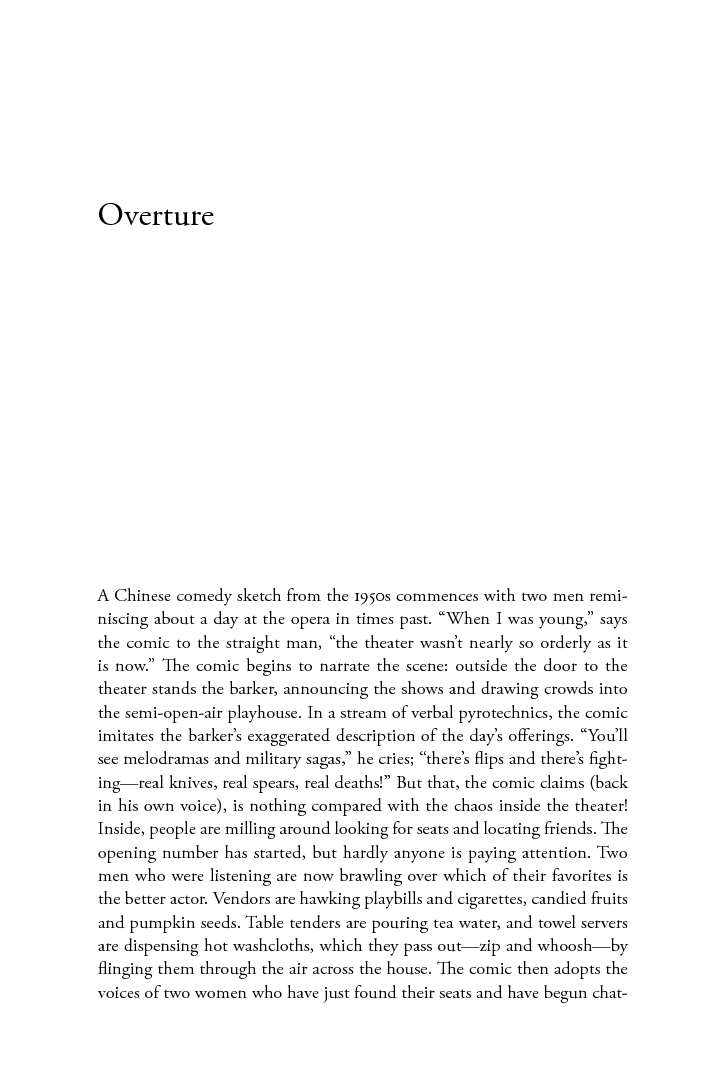 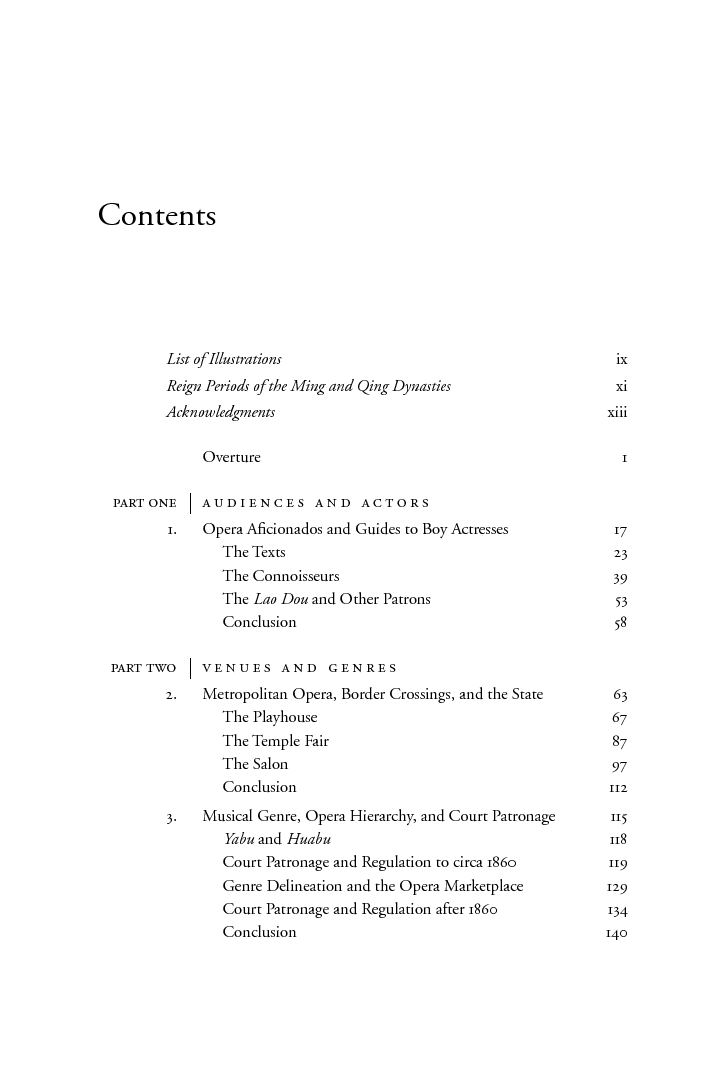