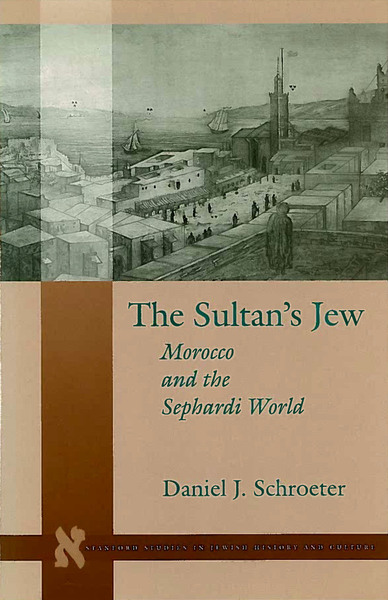 This pathbreaking study uses the extraordinary life of Meir Macnin, a prosperous Jewish merchant, as a lens for examining the Jewish community of Morocco and its relationship to the Sephardi world in the late eighteenth and early nineteenth centuries. Macnin, a member of one of the most prominent Jewish families in Marrakesh, became the most important merchant for the sultans who ruled Morocco, and was their chief intermediary between Morocco and Europe. He lived in London for about twenty years, and then shuttled between Morocco and England for fifteen years until his death in 1835.

This book challenges accepted views of Muslim-Jewish relations by emphasizing the ambivalence in the relationship. It shows how elite Jews maneuvered themselves into important positions in the Moroccan state by linking themselves to politically powerful Muslims and by establishing key positions in networks of trade. The elite Jews of Morocco were also part of a wider Sephardi world that transcended national boundaries. However, Macnin remained more connected to Morocco, where Jews were, according to Islamic law, protégés of the ruler and still subject to specific legal disabilities. The early-nineteenth-century sultan Mawlay Sulayman confined Jews in a number of Moroccan cities to newly created Jewish quarters as part of a policy of defining boundaries between Muslims and Jews. Yet Macnin remained closely tied to royal power, and in 1822 he became the principal intermediary between Morocco and the European powers for Mawlay Sulayman’s successor, Mawlay ‘Abd al-Rahman.

At the beginning of the period covered in this book, Meir Macnin belonged to a wide, transnational Sephardi world, and moved easily between Morocco and Europe. By the end of his life, however, this Sephardi diaspora had virtually come to an end. Emancipation in Western Europe and the growing identification of European Jews with the nations in which they lived meant that their affinity to their Sephardi heritage no longer transcended their national attachments. The gap between Moroccan and European Jewry grew, and a new kind of division—between “Western” and “Oriental” Jews—now existed within the Jewish world.

Daniel J. Schroeter is Professor of History and Teller Family Chair in Jewish History at the University of California, Irvine. He is the author of Merchants of Essaouira: Urban Society and Imperialism in Southwest Morocco.

"Schroeter's meticulously documented study is a model for research on intermediate minorities."

"Until this book was written, all that was left in the collective memory about Meir Maclin was a toponym in the mellah of Marrakesh, the Darb Maknin. Through the inspired research of Daniel Schroeter, and the historical self-awareness of the Lévy-Corcos family who preserved the papers of their ancestor, this extraordinary story has finally become known"

"A model of historical interpretation, [this book] is also a delight to read: compelling, concise, and utterly devoid of jargon."