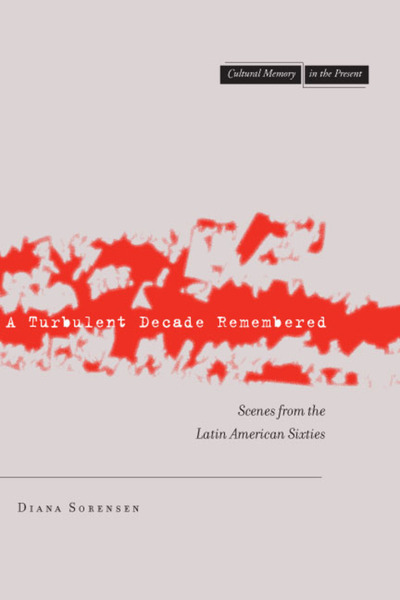 A Turbulent Decade Remembered studies the 1960s—the continental moment that marked Latin America's full entry into both modernity and post-modernity in the international arena. Delving into scenes of importance for the intersection of aesthetics and politics, the book addresses the impact of the Cuban Revolution on the imagination of the decade, the student movements of 1968 in their international context, and the tragic events of Tlatelolco, memorialized in different ways by Mexico's greatest intellectuals. In examining the construction of the great novels usually identified as the "Boom," the book revises the critical tradition established since the late sixties, rethinking the oft-cited "magical realism," while considering the role of the press, prizes, gendered networks of solidarity and competition, and the emergence of a literary star system. The implications of all these forces of the republic of letters are set in dialogue with an analysis of the major novels of the decade, with particular attention to their literary craft, their manipulation of space, voice, and varied readerships.

Diana Sorensen is James F. Rothenberg Professor of Romance Languages, and Literatures and Professor of Comparative Literature at Harvard University. She is the author of several books, among them the prize-winning Facundo and the Construction of Argentine Culture.

"Sorensen has written a nuanced, well-argued cultural history of the deal of an illusion, i.e., of how the 1960s transitions in Latin America, as elsewhere, from bright utopian optimism to disenchantment... She offers a convincing study of the implications of male discourse and authorship as they relate tot he transitions that pivotal epoch underwent—transitions that led to a melancholic mourning for a lost world, or a world that could have been. As Sorensen states in the introduction, this incandescent volume is not a linear study of the 1960s, but one that digs deep into some select moments. Essential."

"The Sixties marked a turning point in politics, literature, and artistic expression in general throughout Latin America. They constitute a foundational moment that went far beyond the avant-garde movements of the early twentieth century in fostering continental commonality and transcontinental cultural awareness. Sorensen's book is ambitious in scope, and she engages in a more complex reflection on the intersection of aesthetics and politics in times of change than have some of her predecessors. An extremely engaging, highly intelligent, and most exciting study." 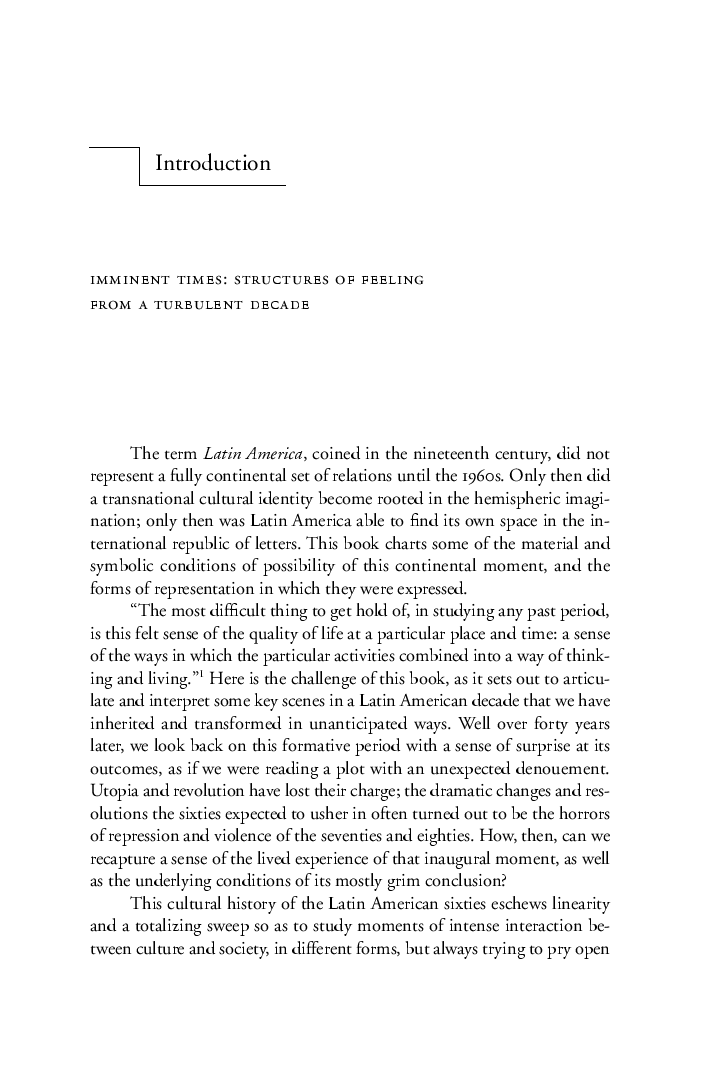 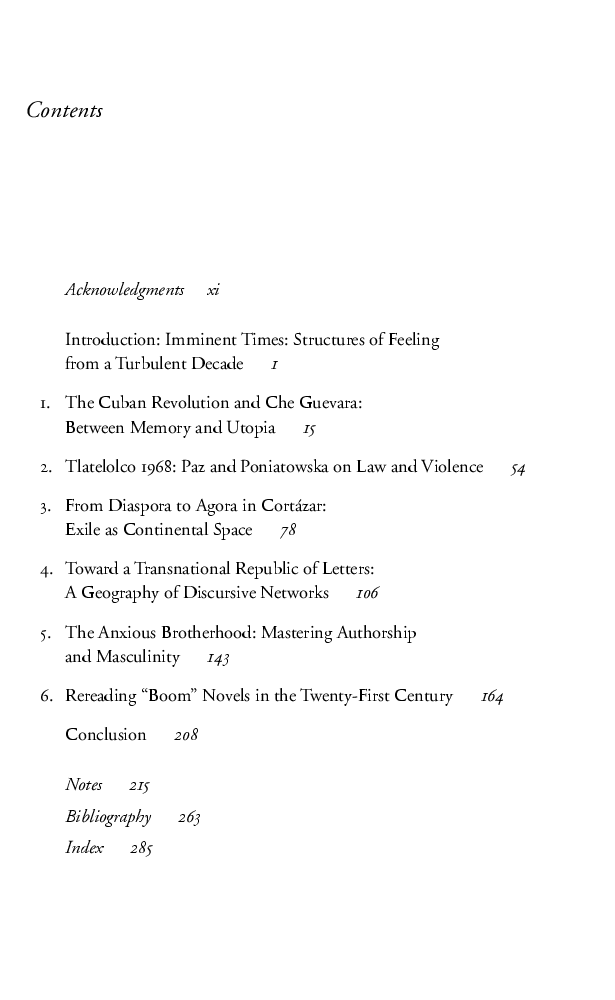