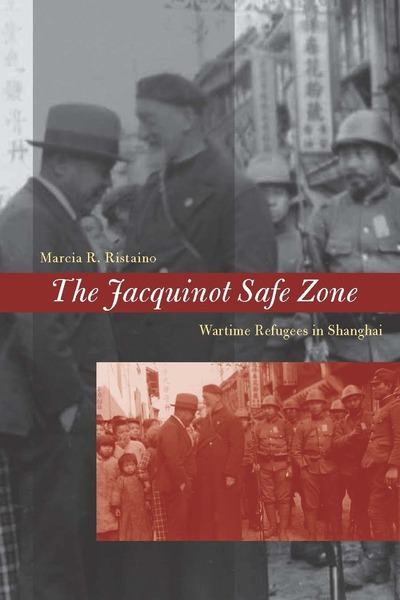 When Japanese forces attacked Shanghai in 1937, a French Jesuit, Father Robert Jacquinot de Besange, S.J., heroically stood up for human life. Father Jacquinot, who spent twenty-seven years in China, was determined to provide safety and refuge to victims of modern warfare. Through relentless negotiations and deft diplomacy, Father Jacquinot convinced Japanese and Chinese military leaders to allow for the establishment of a safe zone in the midst of the ongoing war. Father Jacquinot's example was subsequently copied in other Chinese cities and saved the lives of more than half a million Chinese civilians over the course of the brutal Sino-Japanese war. The Jacquinot Zone is mentioned by name in both the Protocols and Commentaries to the Geneva Convention of 1949.

This book explores the leadership qualities and personality of Father Jacquinot and what prompted him to take such a surprisingly bold stance in coming to the aid of war refugees and civilians. The book delves into the special circumstances that contributed to this unique and fascinating historical episode. Father Jacquinot's work in creating a safe zone for refugees fleeing wartime chaos is singular in history and provides an important example for the protection and support of refugees today.

Marcia R. Ristaino is a Research Associate at the John W. Kluge Center at the Library of Congress, consultant to the U.S./China Policy Foundation, and formerly a Senior China Specialist at the Library of Congress. She is the author of China's Art of Revolution: The Mobilization of Discount (1989) and Port of Last Resort: The Diaspora Communities of Shanghai (Stanford, 2001).

"The fascinating story of a French Jesuit organizing human relief in war-torn China for almost 30 years has not been told so far . . . The author, China expert at the Library of Congress, has thoroughly checked all available archives for her study, from Jesuit documents to French and American diplomatic papers and finally Chinese and Japanese holdings."

"The Jacquinot Safe Zone recount the remarkably successful efforts of a French Jesuit missionary to establish a part of the city of Shanghai as a refuge for Chinese civilians from a war raging between Japanese and Chinese forces in the area."

"This is a compact, well researched biography of the French Jesuit Father Robert Charles Emile Jacquinot de Besange . . . Drawing on archival research in different part of the world and written in a simple, clear prose, this book makes a significant contribution to the study of World War II in China, It also draws attention to the subject of refugees in modern warfare by bringing to light the important figure of Father Jacquinot."

"The story of Father Jacquinot is fascinating. His life and work intersect so many currents in world history. Ristaino effectively contextualizes the circumstances involving the incident in Nanjing, and this is one of the best sources in English I have seen on the human costs of the Sino-Japanese War."

"Consulting an impressive range of multi-lingual archival sources, Ristaino delivers the story of a forgotten man and his remarkable achievement in setting up a successful model of safety zones that protected several hundred thousand Chinese civilians during WWII. This new work in the field of Chinese history highlights a topic that has been overlooked in the study of the War of Resistance."

"This valuable volume uncovers, in intriguing details, new dimensions of human endeavors under Shanghia's unique circumstances during China's War of Resistance against Japan...Ristaino has produced a carefully researched volume with a powerful message—namely, that when caught in a crossfire, not even the noblest designs of life-saving neutrality could escape the compromise of complicity and collaberation." 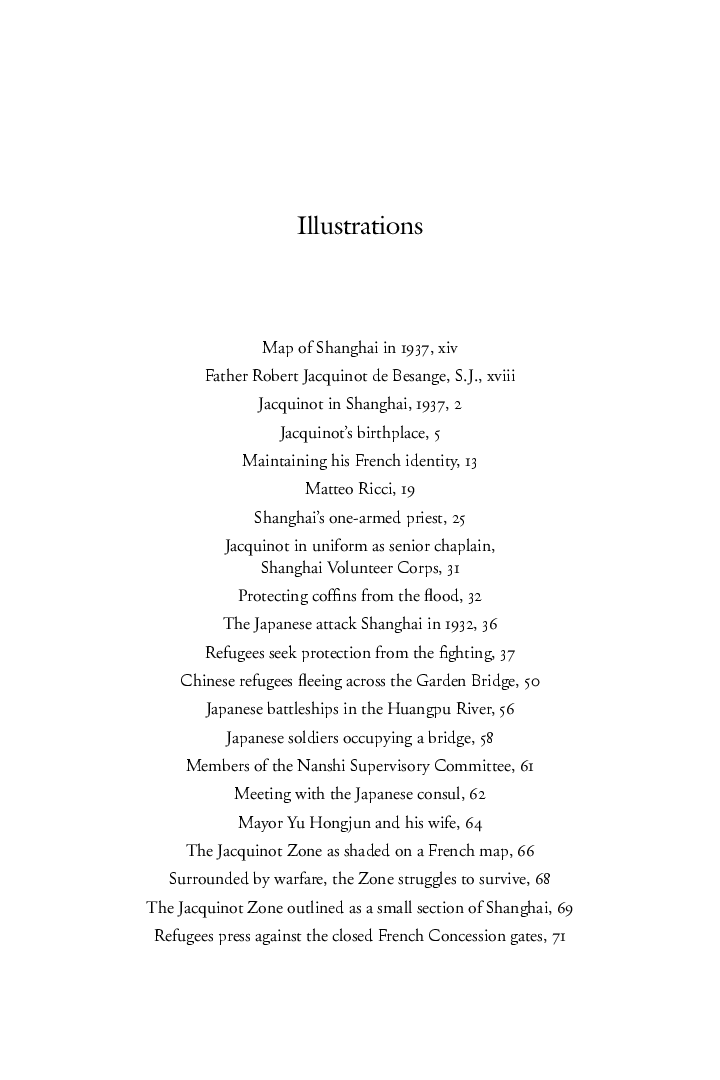 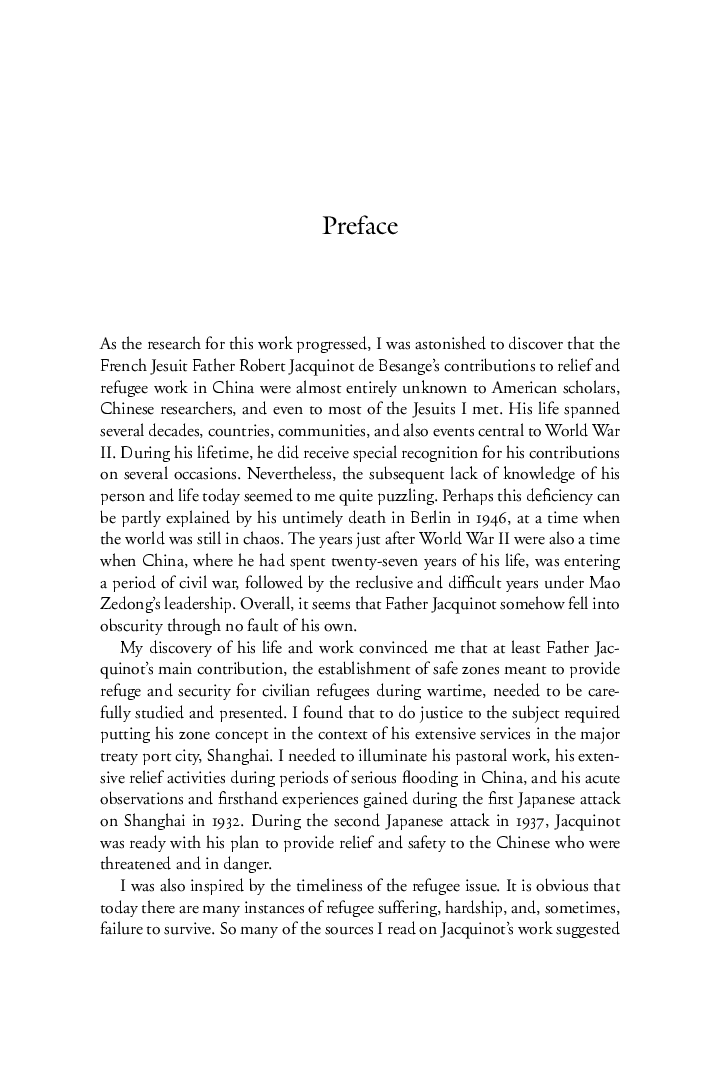 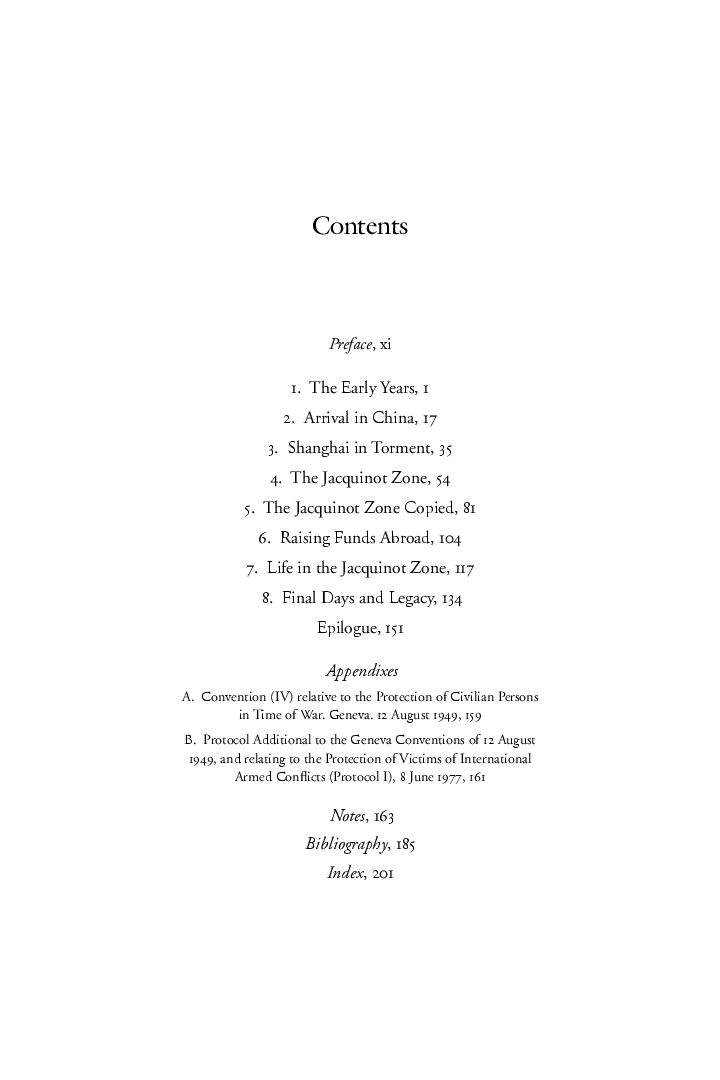