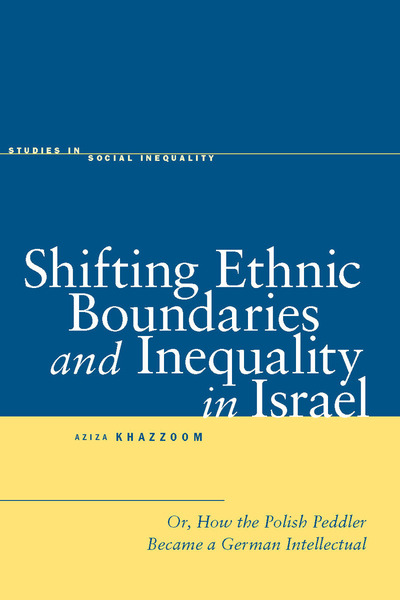 Shifting Ethnic Boundaries and Inequality in Israel
Or, How the Polish Peddler Became a German Intellectual
Aziza Khazzoom
SERIES: Studies in Social Inequality

Why do racial and ethnic groups discriminate against each other? The most common sociological answer is that they want to monopolize scarce resources—good jobs or top educations—for themselves. This book offers a different answer, showing that racial and ethnic discrimination can also occur to preserve particular group identities.

Shifting Ethnic Boundaries and Inequality in Israel focuses on the early period of Israeli statehood to examine how the European Jewish founders treated Middle Eastern Jewish immigrants. The author argues that, shaped by their own unique encounter with European colonialism, the European Jews were intent on producing Israel as part of the West. To this end, they excluded and discriminated against those Middle Eastern Jews who threatened the goal of Westernization.

Aziza Khazzoom is Assistant Professor of Sociology at Hebrew University.

"The book makes an important contribution to the study of ethnicity in Israel and offers a fresh outlook on the formation of boundaries between Mizrahim and Ashkenazim . . . [I]t is a well-written book which carefully dispels some of the long-held myths concerning Mizrahim in Israel, including the Moroccan paradox which asserts that in some cases, segregation actually benefited (segments within the) Mizrahi population. Its innovative use of mixed methods in tandem with the breadth of historical literature surveyed makes it an essential reading for those interested in the emergence and subsequent shifting of ethnic boundaries in Israel."

"Khazzoom's book offers a nuanced and sophisticated explanation for the origin of ethnic inequality in Israel and for the existence of the Mizrahi-Ashkenazi cleavage. By examining the cultureal and economic roots of this divide, Khazzoom makes an important contribution to our understanding of contemporary Israeli society and to how ethnic groups in general, and the socioeconomic divisions between them, come into being."

"Khazzoom's novel contribution is a powerful synthesis of insights from post-colonial studies of identity formation with a careful examination of the quantitative evidence in the best tradition of stratification research—two areas of scholarship that rarely speak to one another. There is no parallel to her achievement with this book."

—Gil Eyal, author of The Disenchantment of the Orient: Expertisein Arab Affairs and the Israeli State

"This excellent book combines the literature on race and ethnicity with the literature on inequality, examines the theoretical and empirical interplay between identity and class, and seamlessly combines quantitative data with historical moments. The outcome is a well written, level headed, rich, and engaging work which revises accepted wisdom on Israeli ethnicity."

—Yehouda Shenhav, author of The Arab Jews: A Postcolonial Reading of Nationalism, Religion, and Ethnicity

"Khazzoom's study is one of the best and more nuanced studies of the macro large-scale level of the Israeli setting of ethnic stratication." 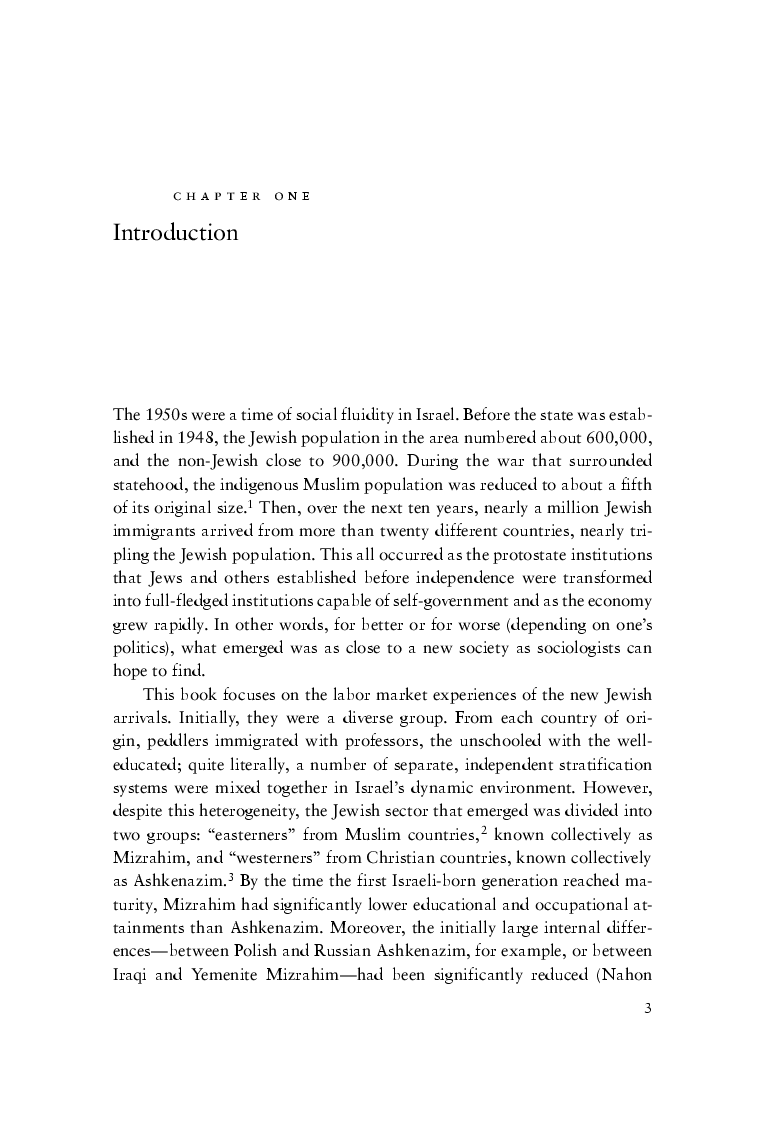 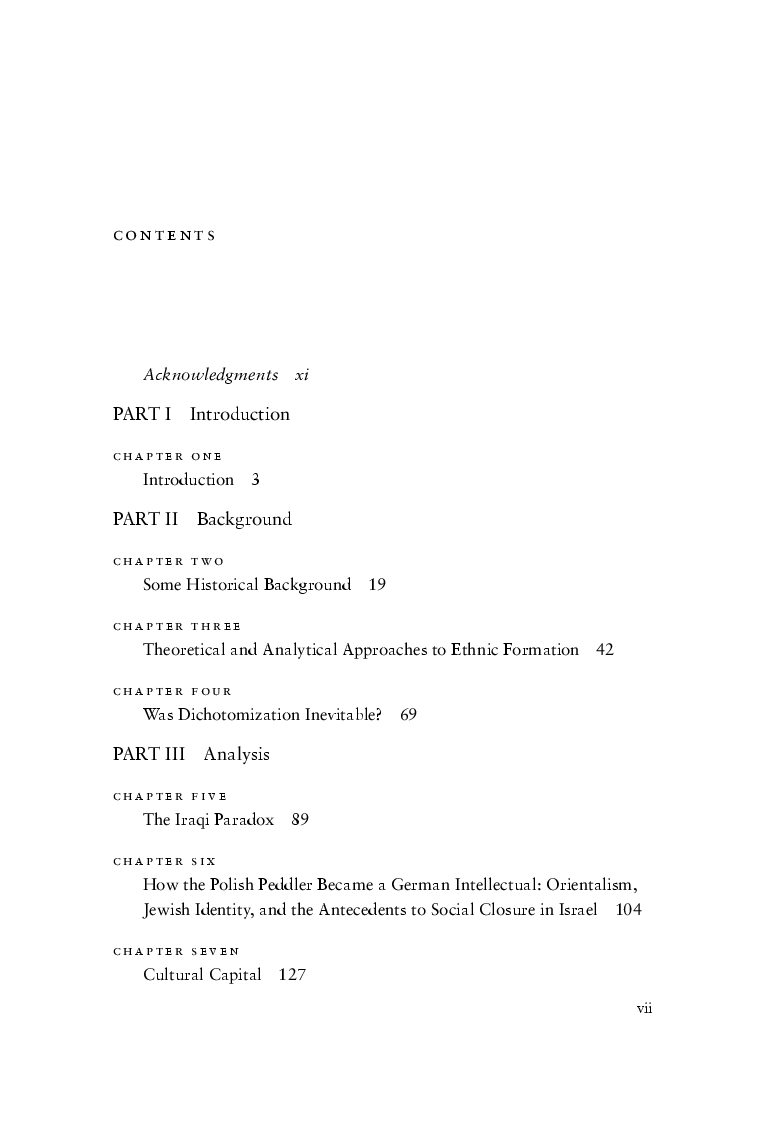