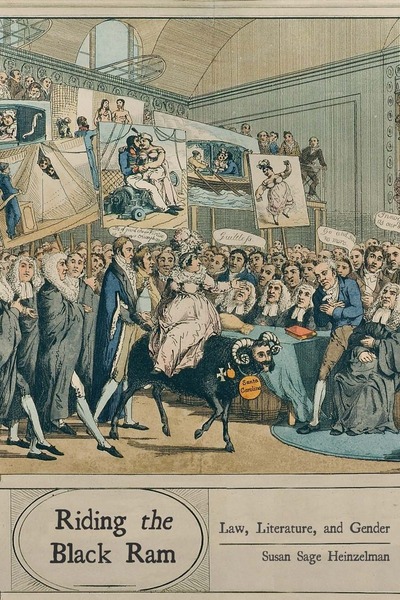 Unruly women are not often represented in a good light. Whether historical, or fictional, disruptive women with their real or imagined excesses have long provided the material for literary and legal narratives. This probing new work analyzes a series of literary, legal, and historical texts to demonstrate the persistence of certain gender stereotypes.

In her 1820 adultery trial, Queen Caroline was depicted in a cartoon riding into the House of Lords on a black ram that had the face of her Italian lover. As this book reveals, a number of women, remembered largely for their insubordinate presence, have metaphorically "ridden the black ram" in the last 700 years. Heinzelman's historicized understanding of the relationship between law and literature reveals a disquieting pattern in the legal and literary representations of women and provides a new recognition of the significance of sexuality and gender in the way we narrate our world.

Susan Sage Heinzelman is Associate Professor of English and Director of the Center for Women's and Gender Studies at the University of Texas at Austin. She is the coeditor of Representing Women: Law, Literature and Narrative (1994).

"Susan Sage Heinzelman's Riding the Black Ram: Law, Literature, and Gender explores the divergence between legal and literary discourses from the fourteenth to the eighteenth centuries. . . She thus argues for a more nuanced view of power and powerlessness in relation to legislative and literary discourse."

"A solid resource for those interested in the rise of the novel, gender studies, or literature of the period."

"With the sophistication of a major critical theorist and the rigor of the archival historian, Susan Sage Heinzelman has produced a masterpiece that will set the court of law and literature abuzz. By bringing 'law' and 'literature' into dialogue under the sign of 'the feminine', her new book prosecutes a knock-down case for a feminist literary jurisprudence with pure barristerial brio. Step aside Stanley Fish, Peter Goodrich and James Boyd White: there's a new law-and-literrateuse abroad, and riding her black ram into the very heart of cultural legal studies!"

"In uncovering the feminine concept of nostos and placing it alongside the more masculine nomos, Heinzelman sheds new light on the romance narrative. This brilliant book with a wide historical scope makes a very welcome addition to interdisciplinary studies in law and literature." 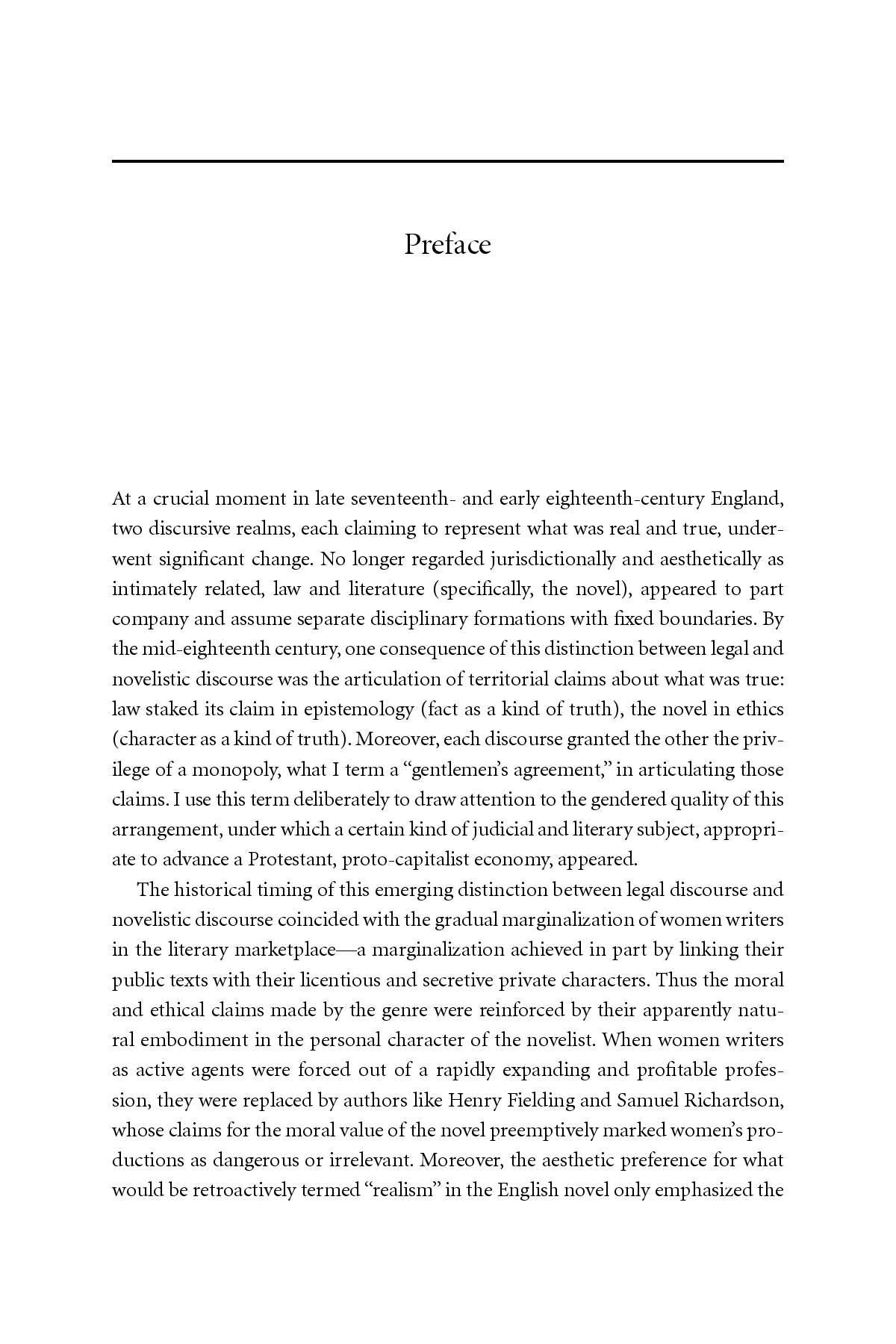 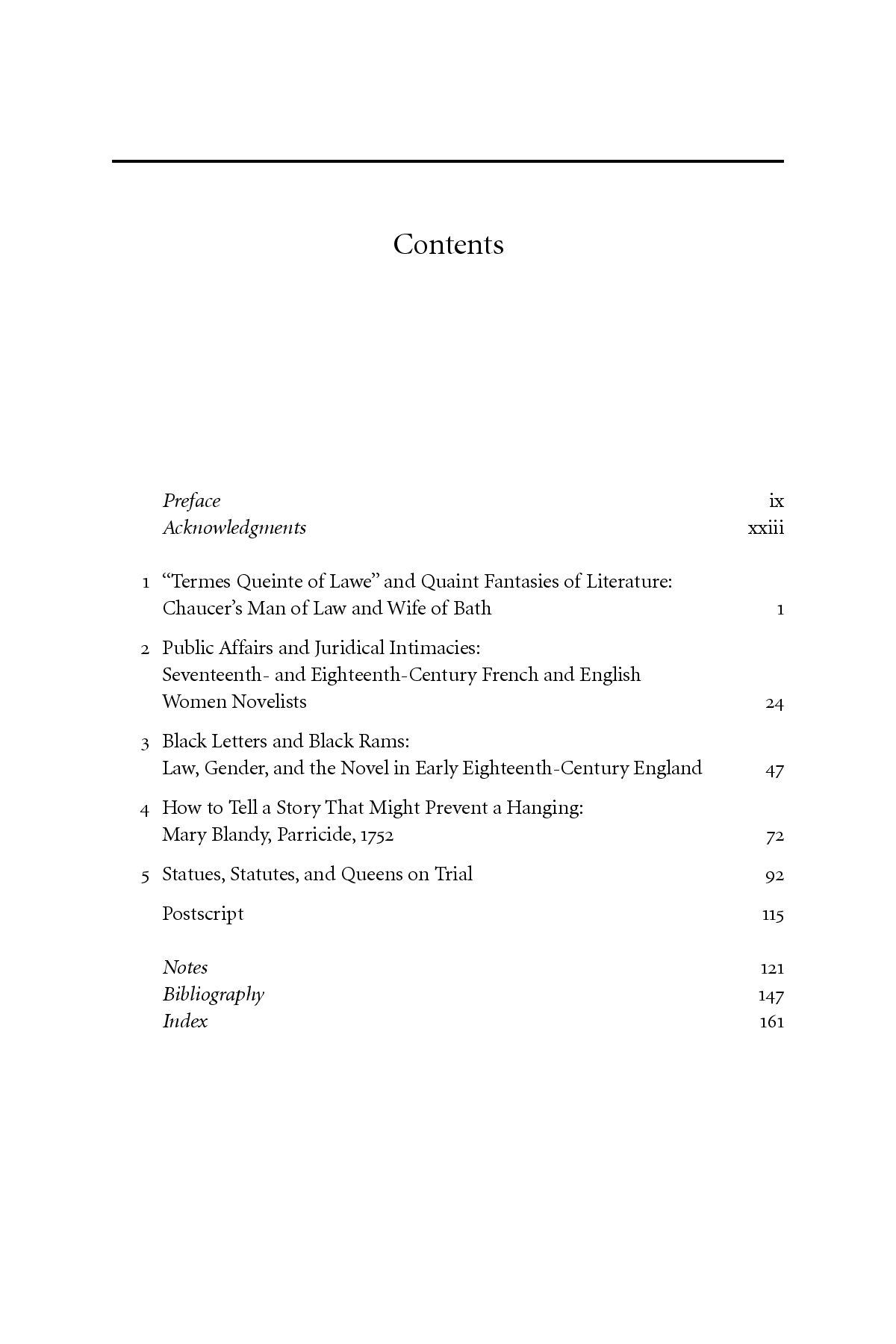