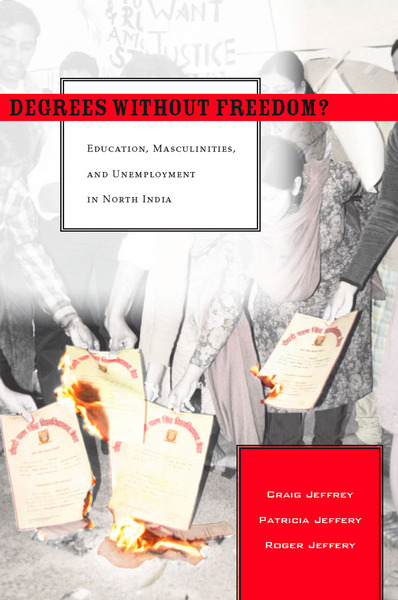 Degrees Without Freedom? re-evaluates debates on education, modernity, and social change in contemporary development studies and anthropology. Education is widely imputed with the capacity to transform the prospects of the poor. But in the context of widespread unemployment in rural north India, it is better understood as a contradictory resource, providing marginalized youth with certain freedoms but also drawing them more tightly into systems of inequality. The book advances this argument through detailed case studies of educated but unemployed or underemployed young men in rural western Uttar Pradesh. This book draws on fourteen months' ethnographic research with young men from middle caste Hindu, Muslim, and ex-Untouchable backgrounds. In addition to offering a new perspective on how education affects the rural poor in South Asia, Degrees Without Freedom? includes in-depth reflection on the politics of modernity, changing rural masculinities, and caste and communal politics.

"Overall, the book makes an excellent and original contribution in furthering our understanding of the heterogeneous pathways to masculinities for men from different social locations. It makes an important contribution by illustrating the significance of understanding the relationship between various forms of power in a community shaped by the intersections of caste, class, and religion and their impact on the construction of masculinities in North India in the era of globalization."

"Not since Paul Willis's classic Learning to Labour has a scholarly work conveyed so eloquently the promises and betrayals of formal schooling. Everyone who cares about social justice and development and how, as social scientists and practitioners, we should approach these goals, must read this superb study."

"With verve, clarity, and apt theoretical engagement, this study describes the place of education in youthful imagination and performance, and sociopolitical change in the aftermath of economic liberalization. It's a compelling read, brimming with insight, tinged with humor, a compassionate record of how education, civility, and aspiration become entangled in the reproduction of social inequality in both familiar and new ways."

"The focus on masculinity, education, modernity, and social status among rural young men in northern India highlights the problems with education in India. The authors explore the mindset of those for whom rural education is a system that often fails, demonstrating a volatile mix of disenfranchisement on the one hand and underemployment on the other."

"The book thus offers us a deep and thoughtful analysis of the socio-political transformations and reproduction of socio-economic inequality which are propelled by the promises of formal education in a terrain of uneven social and economic reality The book captures reflectively the spatial and social transformation occurring in familiar and novel ways."

"The book is important for both academics and policy makers: 'we question accounts of education as an unproblematic social good within development academia'. Not quite the condemnation of education as causing the problem, but a warning that education on its own will not achieve its goals, and that with some people in some contexts, it can have its 'dark side'."

"[T]hrough close ethnographic work, the authors throw new light on larger debates about development, education and employment in India, and raise important issues and questions that demand further exploration and debate by sociologists and policymakers alike."

"The authors of this book do a magnicent job of analyzing the cultural and political terrain in which the potential benets of education are mediated by social and cultural capital, within highly politicized contexts and uneven economies. Degrees Without Freedom? is a model of excellent research and writing, speaking to critical debates in a number of elds, and I recommend it very highly." 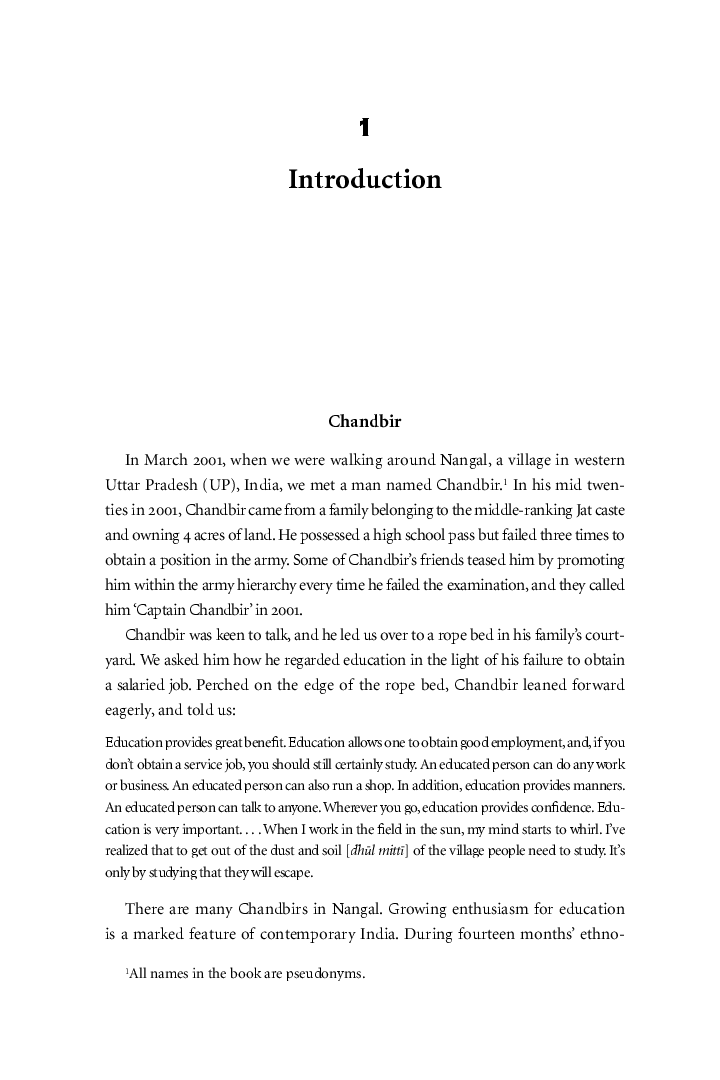 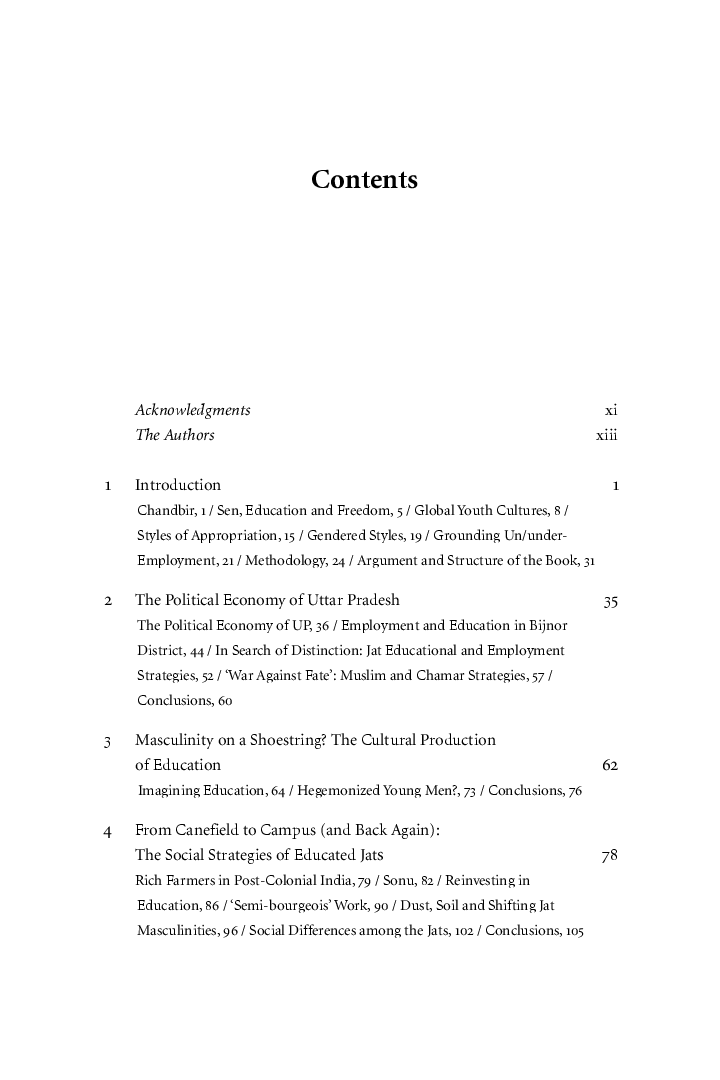 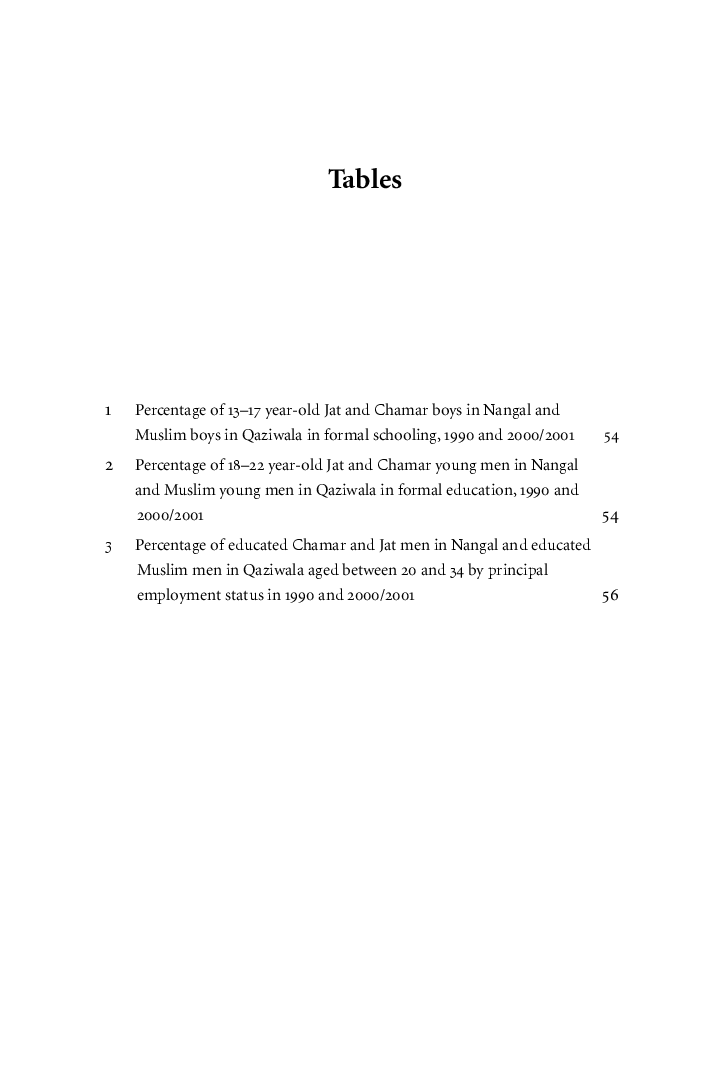