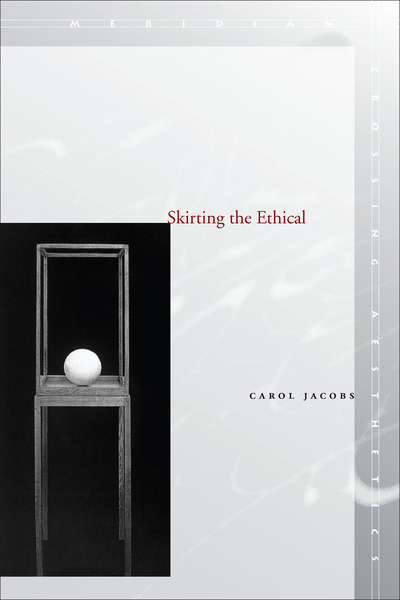 Skirting the Ethical offers highly original readings of six works, each noted for its politico-ethical stance. The first four (Sophocles' Antigone, Plato's Symposium and Republic and Hamann's "Aesthetica in nuce") have a recognized and honored place in the canon. The last two, Sebald's The Emigrants and Jane Campion's film The Piano, are exemplary for our contemporary scene. Nevertheless, the straightforward assumptions about justice, divine and state power, the good, and identity politics that every reader or viewer inevitably comes upon are disrupted when one takes into account the role of language: both the way in which language is talked about and the way in which it performs. What emerges is a non-prescriptive ethics of another order that offers a resistance to power and simplistic conceptualizations of truth, an emancipation from the "must-be" that implies an ever-to-be-renewed renegotiation—a responsability that has much to do with the act of critique or interpretation.

Carol Jacobs is the Birgit Baldwin Professor of Comparative Literature and Chair of the Department of Germanic Languages and Literatures at Yale University. Her previous books include: The Dissimulating Harmony (1978), Uncontainable Romanticism (1989), Telling Time (1993), and In the Language of Walter Benjamin (1999).

"It is a wise book, worth reading. . . The book has already prompted me to read two more works by Sebald and to teach the 'Republic' again."

"This is a superb book, sometimes breathtaking in its readings of central and not-so-canonical texts in the Western tradition. 'Literary' ethics is a rather different matter than that of daily-life decisions about whether or not to so something because it's good (or not). Yet the stakes of these literary and para-literary ethics are high, and Carol Jacobs does an exemplary job in articulating just what is entailed." 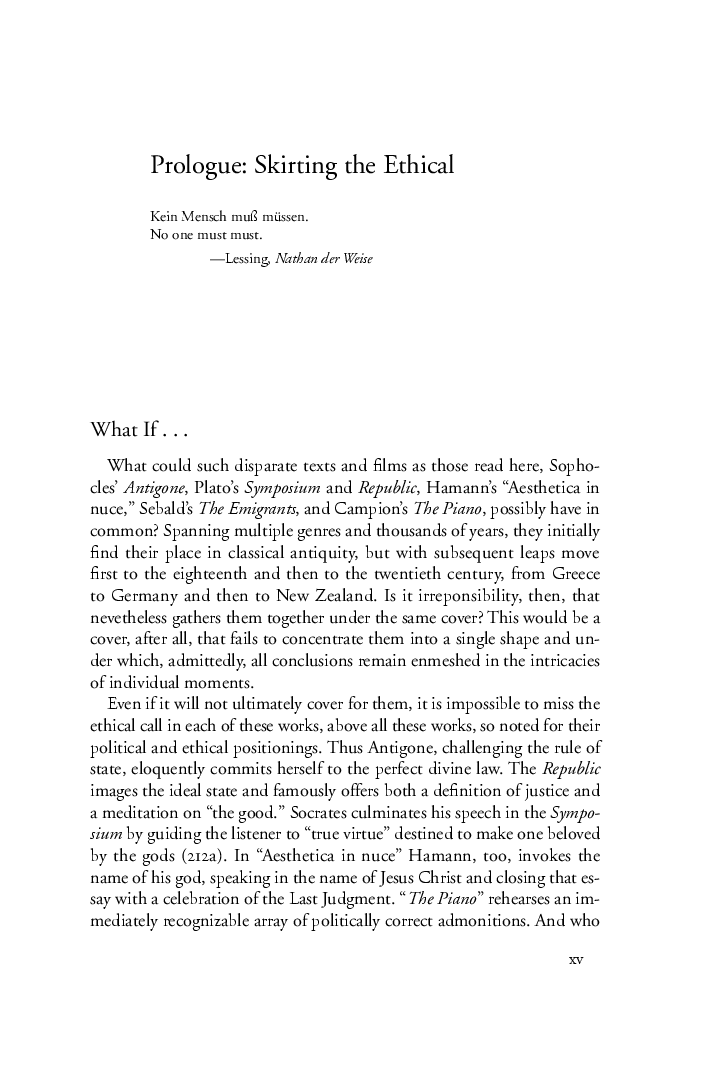 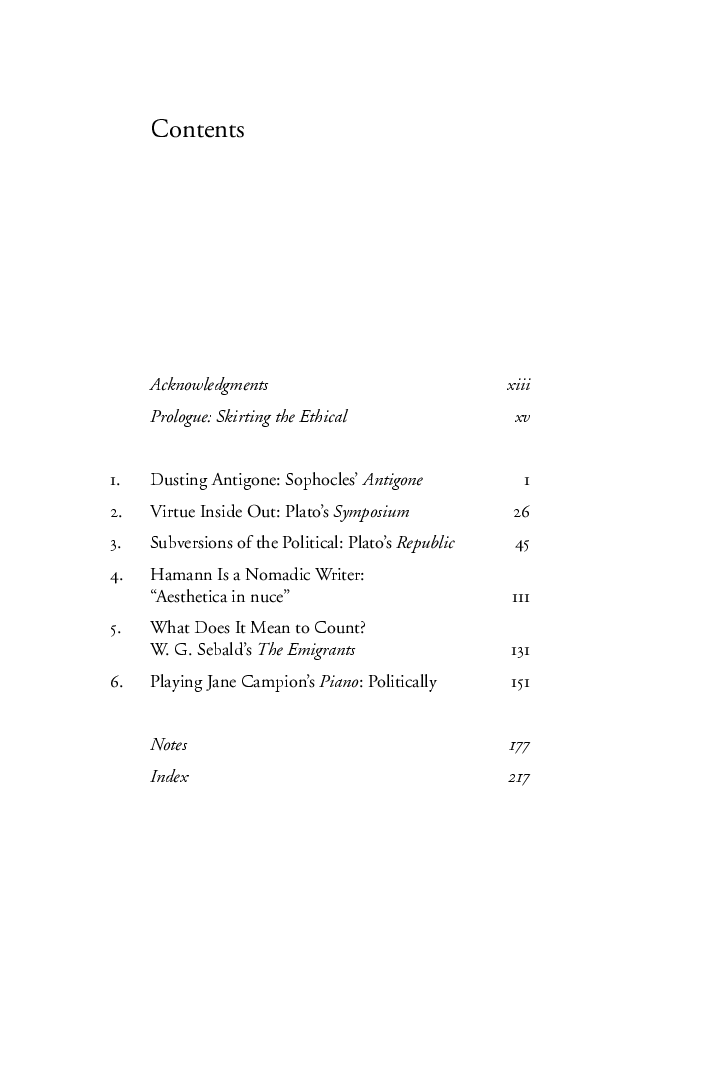