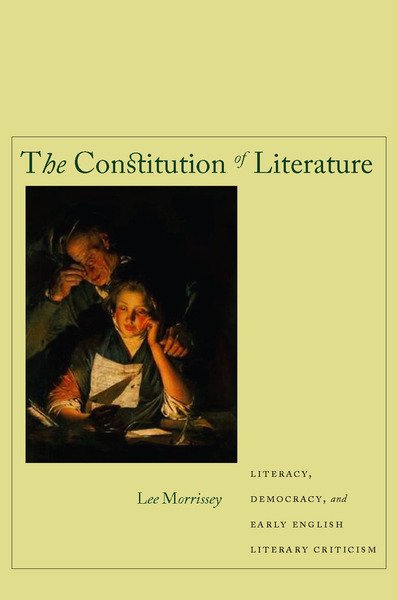 The Constitution of Literature challenges the prevailing understanding of the relationship between literature and democracy during the seventeenth and eighteenth centuries, when both literature and democracy were acquiring their modern forms. Against the heroic story of criticism shaping the modern public sphere as recounted by Habermas and his followers, it explores how different resistances to democratized reading preoccupied the thinking of the major English literary critics of the time. By paying attention to how critics participated in a debate over theories of reading—its processes for acquiring meaning from the page, its psychological and social effects on individuals, and its diffusion across the population—this book offers a new understanding of the political history of early literary criticism.

Lee Morrissey is Professor of English at Clemson University. He is the author of From the Temple to the Castle: An Architectural History of British Literature, 1660-1760 (1999) and the editor of Debating the Canon: A Reader, from Addison to Nafisi (2005).

"This is an important revisionist account of the birth of literary criticism in the eighteenth century. Morrissey takes on the long-unquestioned connection between democracy and criticism, arguing that we have not fully examined its historical basis. I could not agree with him more. Understanding the literary constitution of our field in its mixed investments and inherent traditionalisms can only make us better readers, and maybe better citizens, too."

"Morrissey offers a convincing challenge to Jurgen Habermas's concept of the public sphere—a concept that suffuses hundreds of books and thousands of dissertations on early modern and 18th-century literature, criticism, periodicals, readership, authorship, and book history Rather than assuming the printed word was 'stable,' Johnson, Morrissey contends, took pains to give it stability. This is an exciting argument." 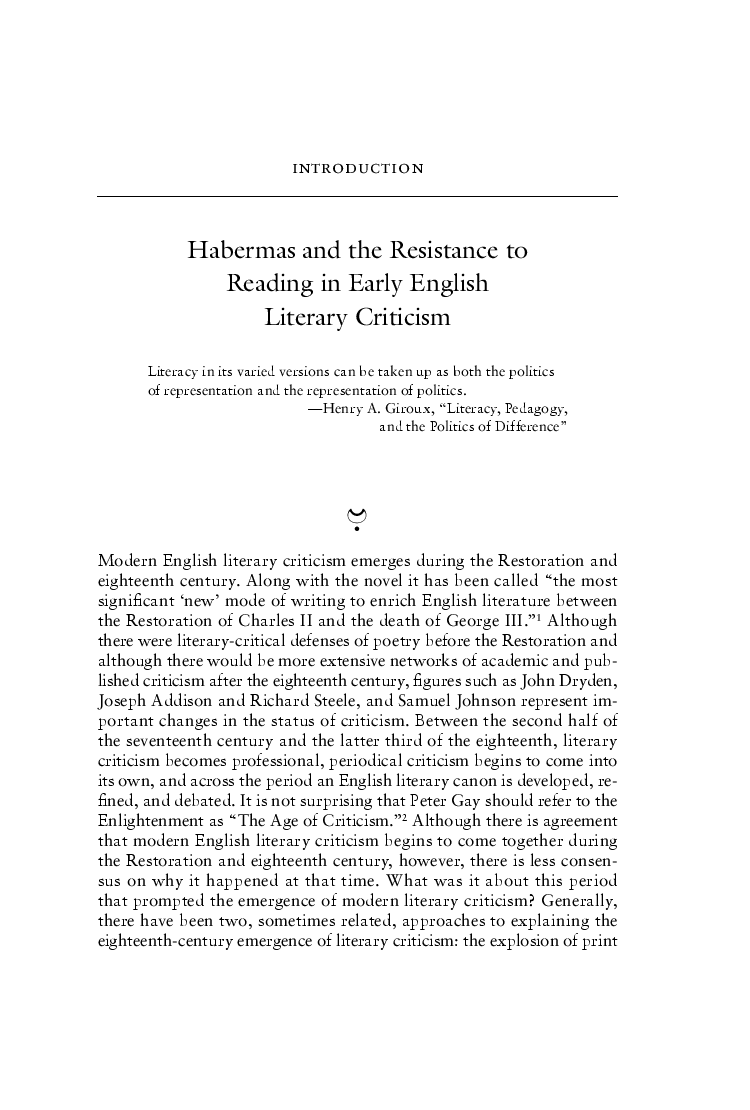 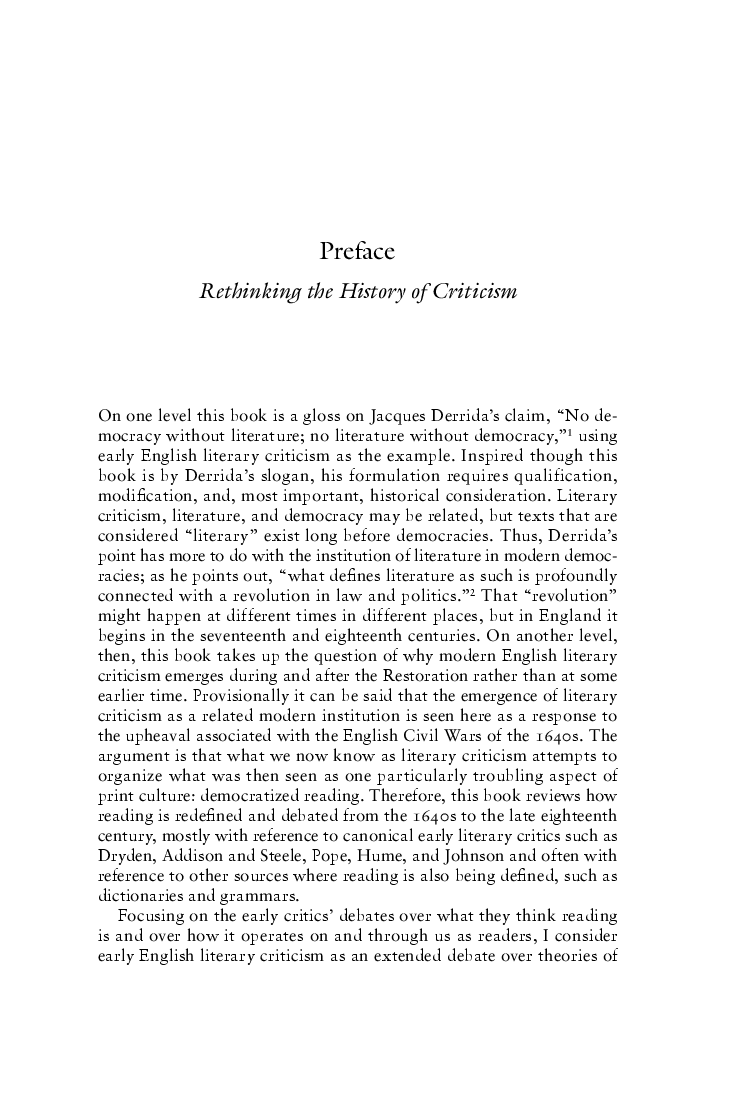 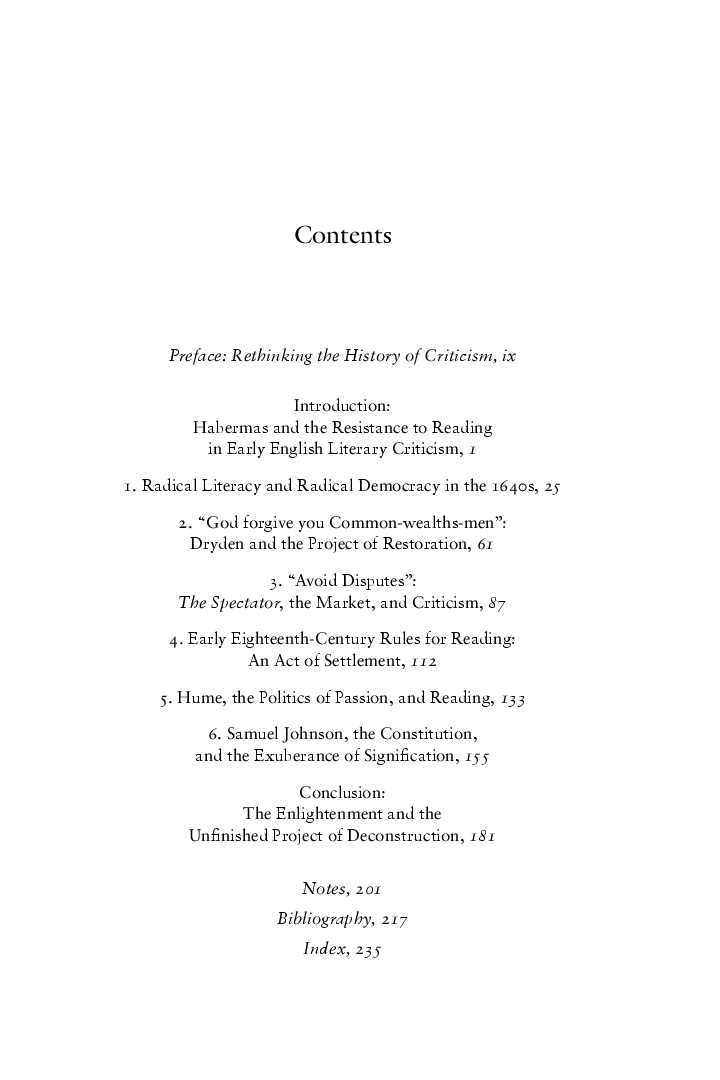