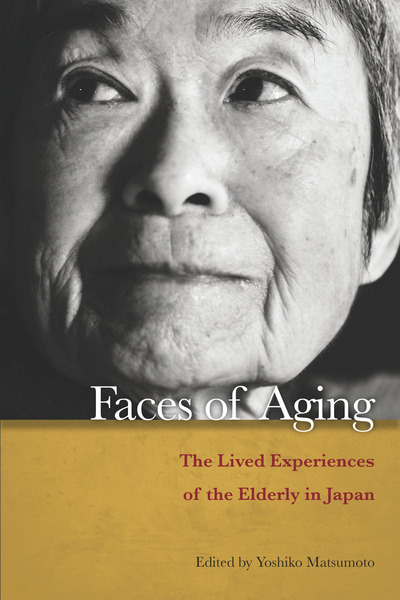 The indisputable fact of Japan's rapidly aging population has been known for some time. But beyond statistics and implications for the future, we do not know much about the actual aging process. Senior citizens and their varied experiences have, for the most part, been obscured by stereotypes. This fascinating new collection of research on the elderly works to put a human face on aging by considering multiple dimensions of the aging experience in Japan.

Faces of Aging foregrounds a spectrum of elder-centered issues—social activity, caregiving, generational bias, suicide, sexuality, and communication with medical professionals, to name a few—from the perspective of those who are living them. The volume's diverse contributors represent the fields of sociology, anthropology, medicine, nursing, gerontology, psychology, film studies, gender studies, communication, and linguistics, offering a diverse selection of qualitative studies of aging to researchers across the social sciences.

"An outstanding addition to the literature on an increasingly visible and growing segment of the Japanese population that enriches our understanding of the aging process as it is lived by real people, rather than as it is conceptualized by policy makers."

"Yoshiko Matsumoto has brought together a highly diverse group of scholars to put a human face on issues of aging by attending to individual experiences that are frequently hidden behind statistics and stereotypes. Although her volume focuses on lives of the elderly in Japan, its myriad insights are relevant to all who are energized by an interdisciplinary approach to the particularities of aging."

"Japan today is at a demographic crossroads unprecedented in history. It has the longest life expectancy and it is the most rapidly aging society in the world today. This timely and innovative volume is an important intellectual contribution to this critical issue facing many postindustrial nations. It creatively brings together multidisciplinary contributors from the humanities and the social sciences to medicine and caregiving, to shed light on new ways of growing old in Japan."

—Akiko Hashimoto, author of The Gift of Generations: Japanese and American Perspectives on Aging and the Social Contract 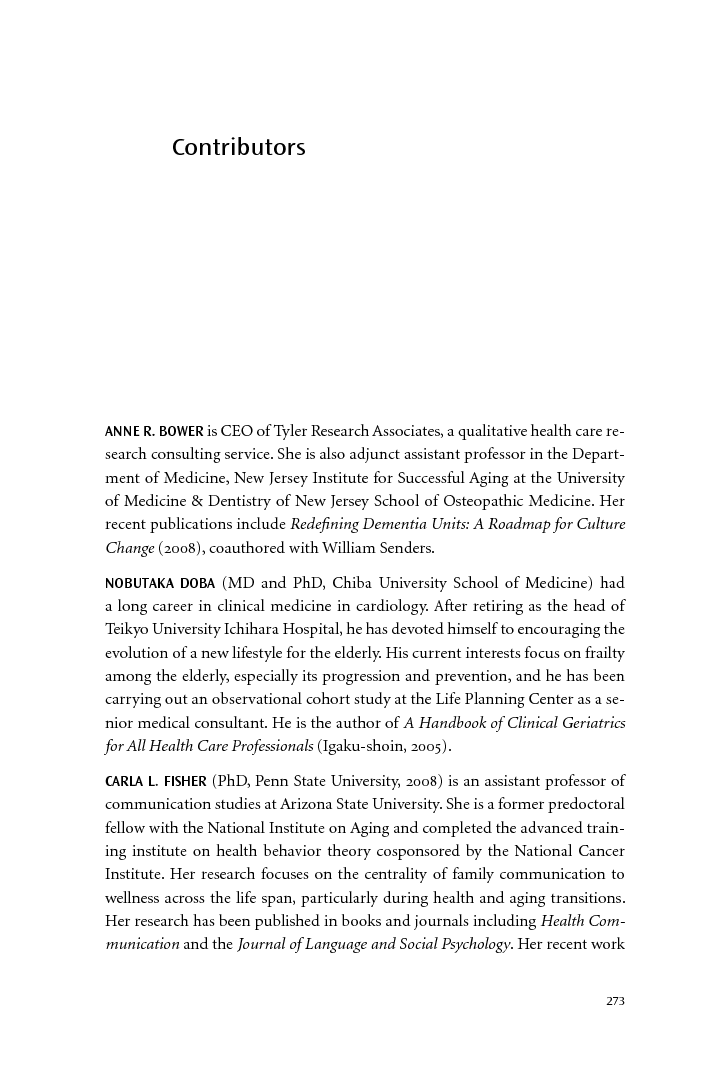 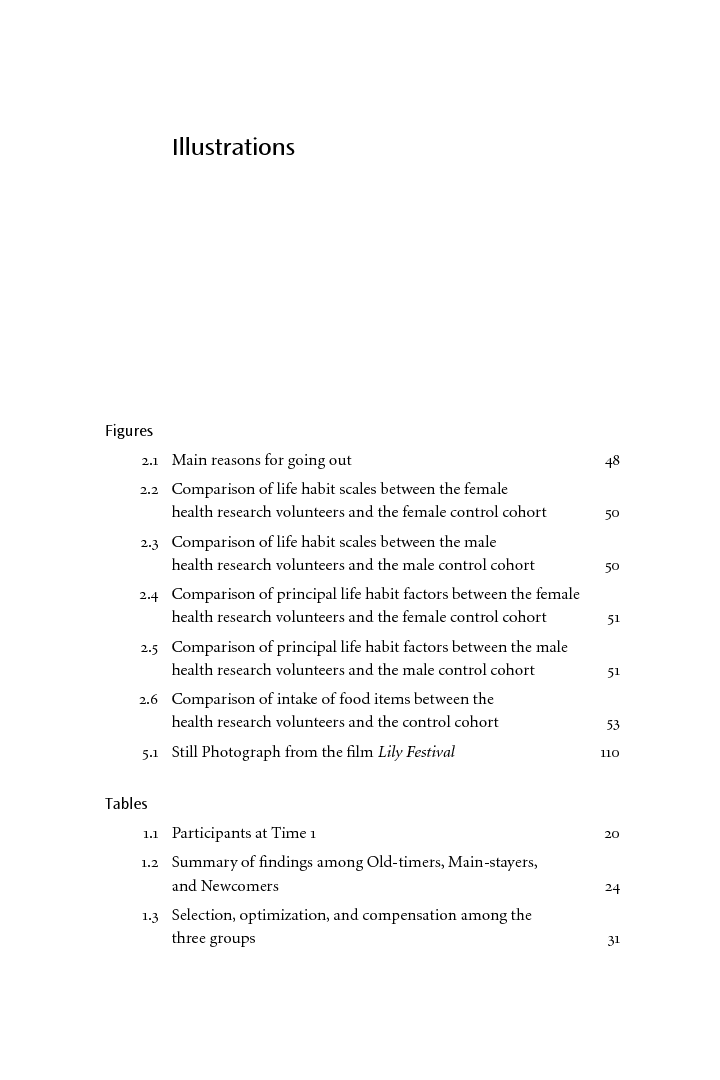 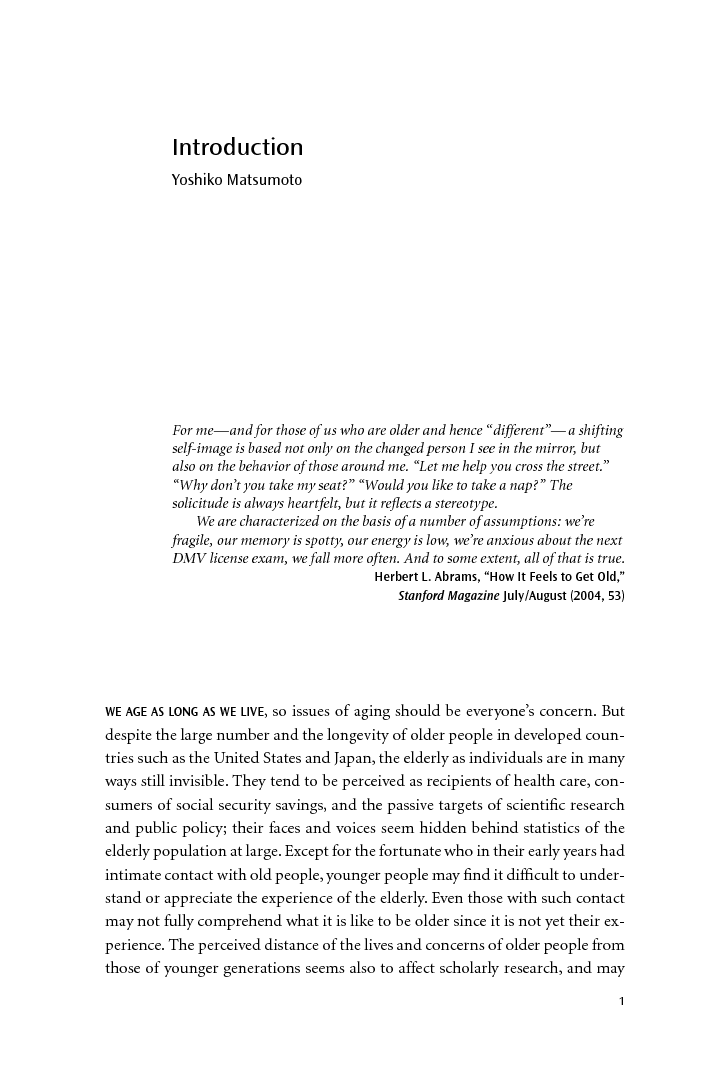 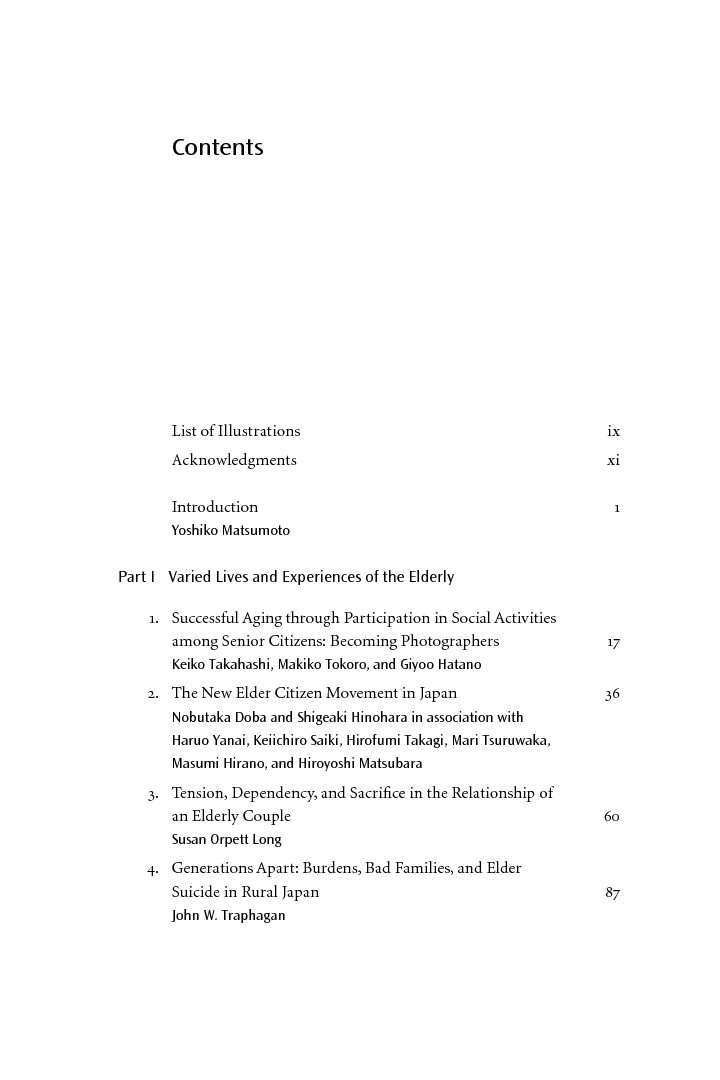