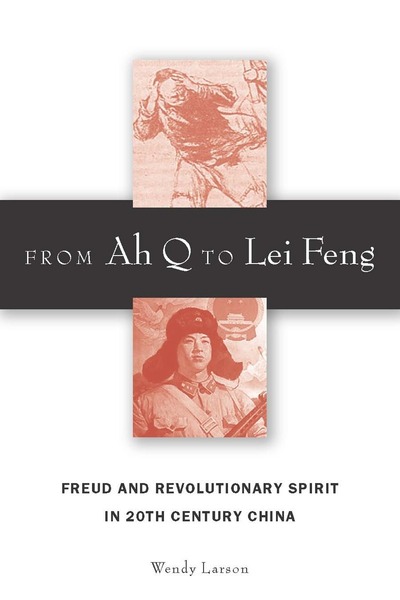 When Freudian sexual theory hit China in the early 20th century, it ran up against competing models of the mind from both Chinese tradition and the new revolutionary culture. Chinese theorists of the mind—both traditional intellectuals and revolutionary psychologists— steadily put forward the anti-Freud: a mind shaped not by deep interiority that must be excavated by professionals, but shaped instead by social and cultural interactions.

Chinese novelists and film directors understood this focus and its relationship to Mao's revolutionary ethos, and much of the literature of twentieth-century China reflects the spiritual qualities of the revolutionary mind. From Ah Q to Lei Feng investigates the continual clash of these contrasting models of the mind provided by Freud and revolutionary Chinese culture, and explores how writers and filmmakers negotiated with the implications of each model.

Wendy Larson is a Professor of Modern Chinese Literature at the University of Oregon. She has published extensively on 20th century Chinese culture, including Women and Writing in Modern China (Stanford, 1998).

"Delving into the psychic and emotional roots of political culture in modern China, Larson's look offers many insights into the pitfalls of applying Freudian notions to literary and film studies . . . I applaud Larson's effort to decouple the conservative version of Freud from the account of the revolutionary mind."

"Larson's book stands as a tour de force for readers who want to learn from its neoformalist approach and benefit from its extensive review of the Chinese literary field. Larson has thoroughly engaged the scholarship of critics based both outside of China and in China. As a veteran scholar in the field, Larson is able to, for instance, effortlessly synthesize the four major literary directions among twentieth-century Chinese writers in writing about the countryside. . . Students and researchers in Chinese literary studies will benefit tremendously from a myriad of her ideas and can avail themselves of the book's exhaustive bibliography and informative notes. A short review cannot fully bring out the book's admirable complexity and its brilliant insights teeming everywhere."

"Larson's study itself is grounds for optimism about the prospects for global conversation. No brief review can do justice to the great range of ideas in this rich book."

"This book is rich in detail and sweeping in scope. It should reach a readership beyond the immediate field of Chinese studies."

"This is an important study for anyone interested in modern and contemporary China and its revolutionary culture. Embedded with fascinating insights into a wide range of issues such as subject-formation, collective consciousness, and the nation/state construction, this book breaks new ground in our understanding of China's revolutionary culture and complex heritage."

"Larson asks if the sexual innuendo and sensual abandon in recent Chinese novels and films depicting the Cultural Revolution indicate that Chinese artists are embracing the West's post-Freudian sense of modernity, with its pervasive sexuality and awareness of subconscious motivations. No, she concludes, these controversial works are not simply revisionist or nostalgic. ... The inquiry into 'revolutionary spirit,' beginning with its absence in Lu Xun's characters and ending with its apotheosis in Lei Feng, is the book's major contribution." 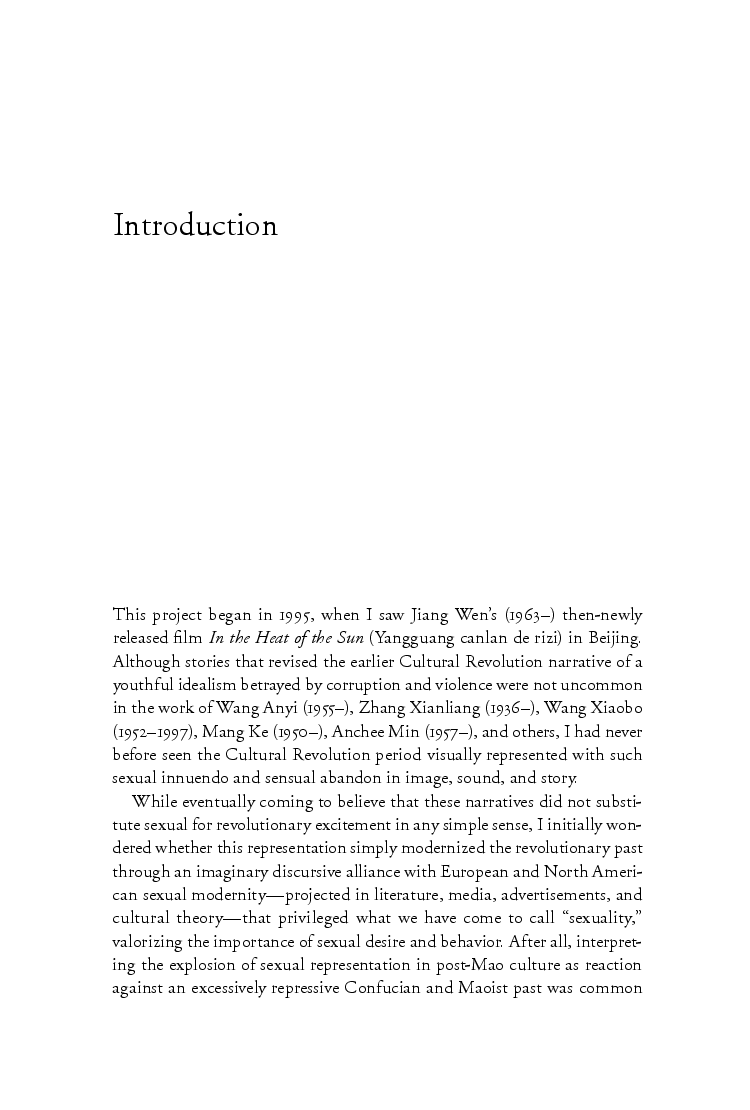 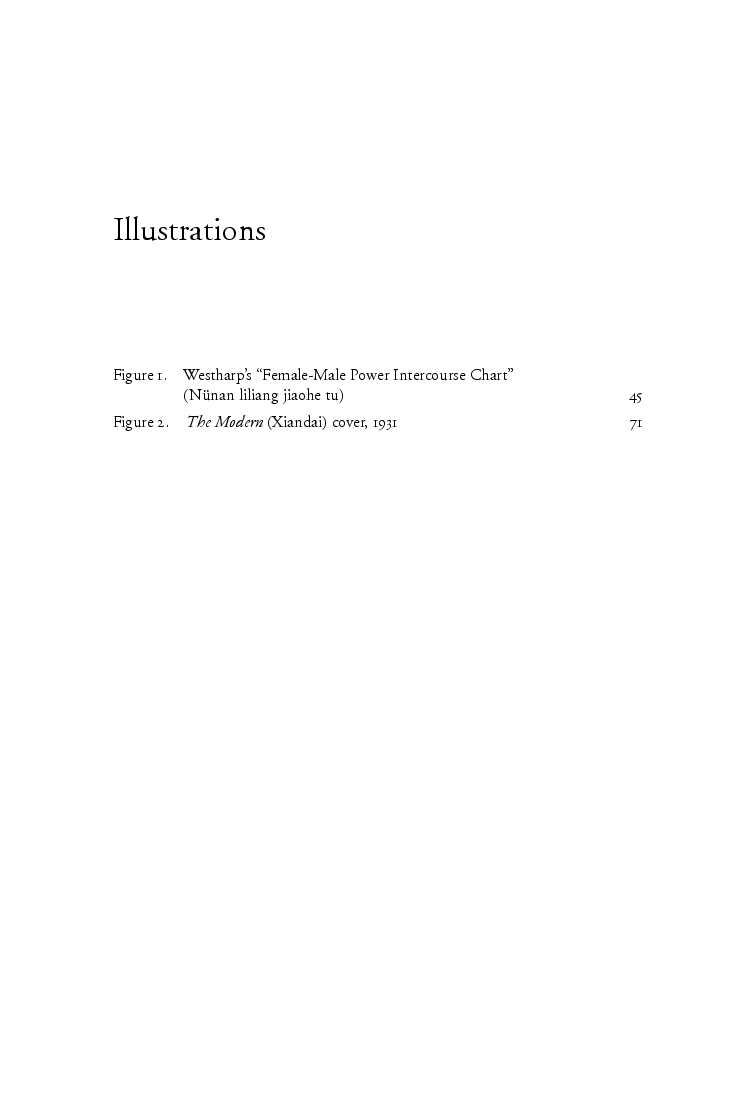 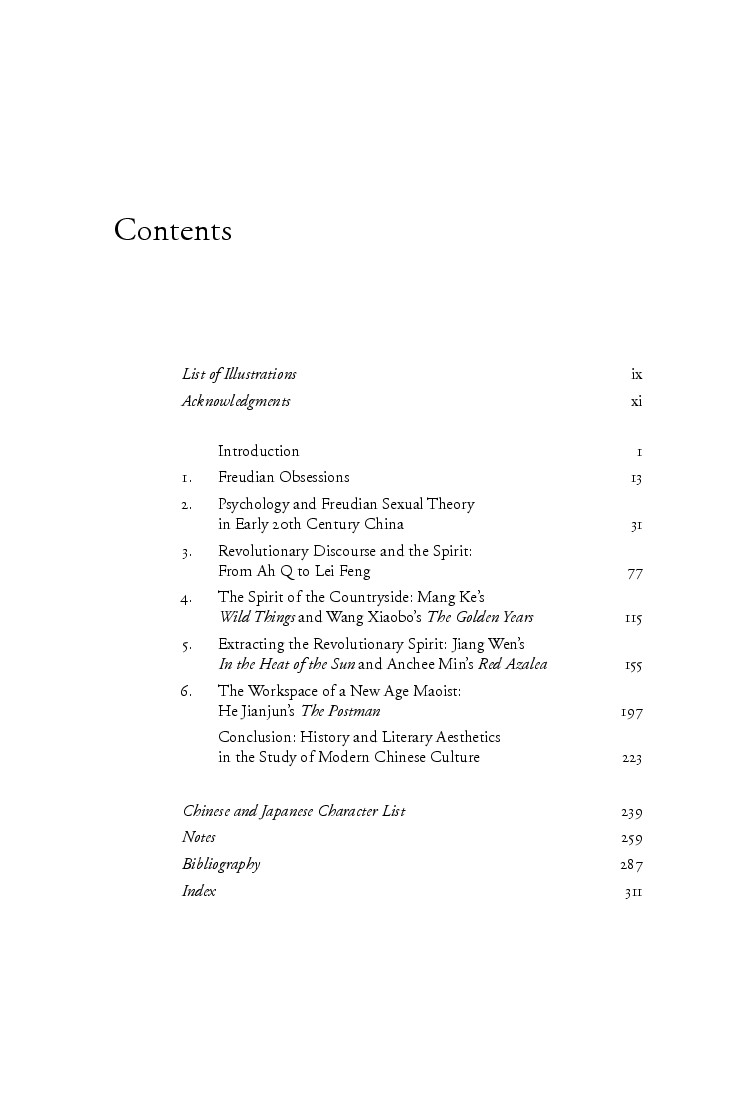