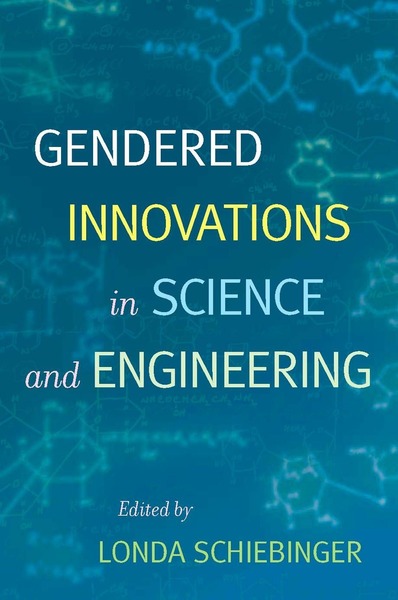 Gendered Innovations in Science and Engineering
Edited by Londa Schiebinger

The prominent scholars featured in Gendered Innovations in Science and Engineering explore how gender analysis can profoundly enhance human knowledge in the areas of science, medicine, and engineering. Where possible, they provide concrete examples of how taking gender into account has yielded new research results and sparked creativity, opening new avenues for future research.

Several government granting agencies, such as the National Institutes of Health and the European Commission, now require that requests for funding address whether, and in what sense, sex and gender are relevant to the objectives and methodologies of the research proposed, yet few research scientists or engineers know how to do gender analysis. This book begins to rectify the situation by shedding light on the how and the why.

Londa Schiebinger is the John L. Hinds Professor of History of Science and the Barbara D. Finberg Director of the Institute for Research on Women and Gender at Stanford University. Her books include The Mind Has No Sex? Women in the Origins of Modern Science (1989), Has Feminism Changed Science? (1999), and, most recently, the prize-winning Plants and Empire: Colonial Bioprospecting in the Atlantic World (2004).

"Gendered innovations stands out in providing examples from an impressive range of disciplines, including genetics, archaeology, forest ecology, geography, stem cell research, astronomy, and mechanical engineering. The volume also captures a variety of ways that gender analysis has contributed to these fields. . . Gendered Innovations provides a comprehensive account of a variety of ways in which scientific understanding has been enhanced by gender analysis. The readings advance debates about gender and science for a multidisciplinary audience of historians and science, feminist scholars, and scientists."

"This volume, edited by Schiebinger, highlights and analyzes changes in science and technology brought about by 'efforts to remove gender bias in these fields' .... This collection of essays and analysis is appropriate and useful for undergraduate and graduate students is science, science policy, and women's studies."

"Stories on the under-representation of women in science and engineering abound in the media, as do speculations why an imbalance persists. This book moves the discussion in new directions, assessing what policies have worked to integrate women into research and what insights their participation has generated. The contributors draw examples from a wide range of fields—from archeology to astronomy, geography to genetics, stem cell research to car design—that show the fruits of success in understanding gender and point to frontiers for further change." 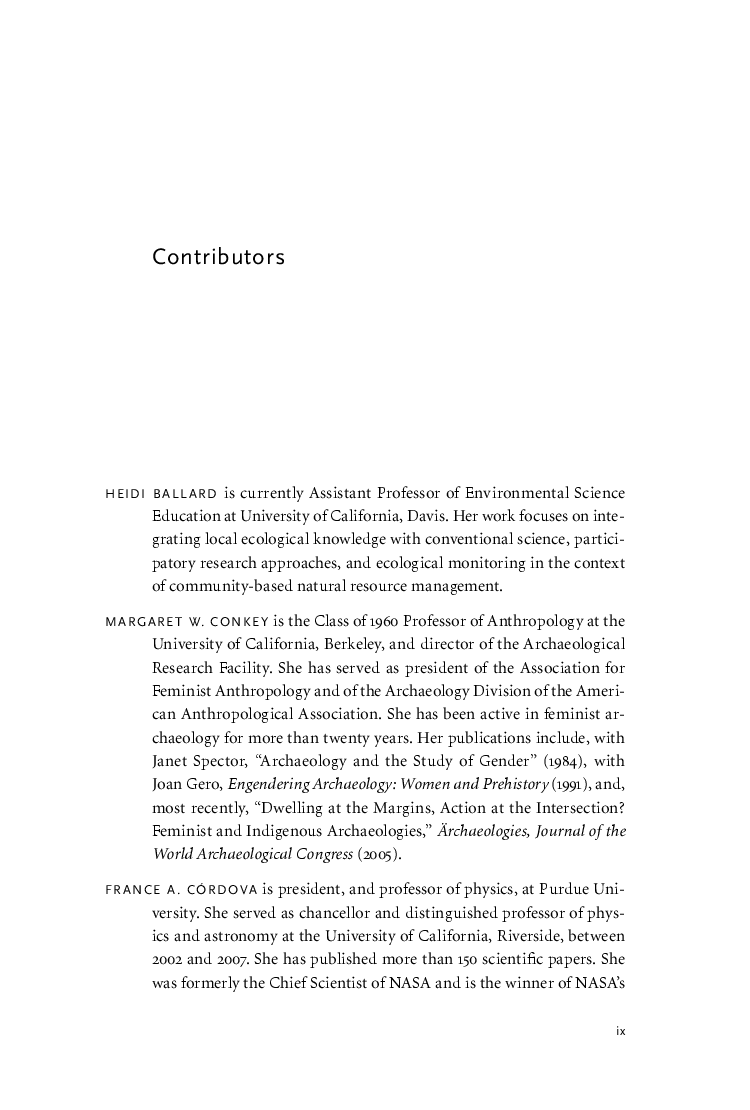 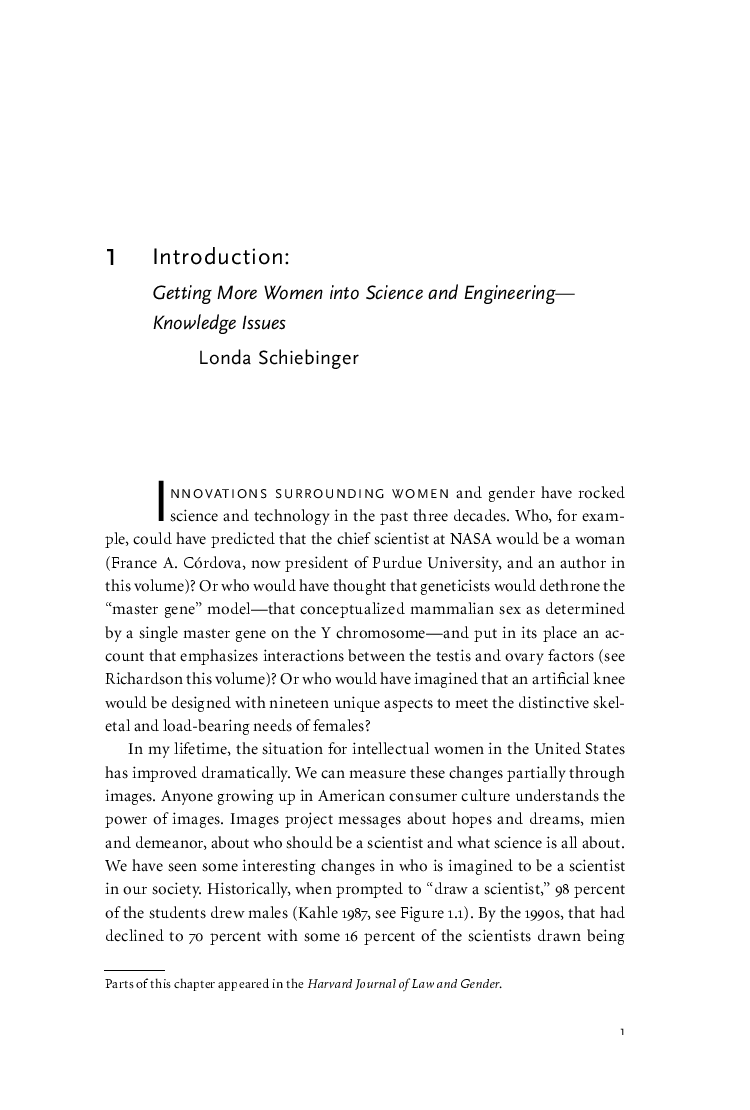 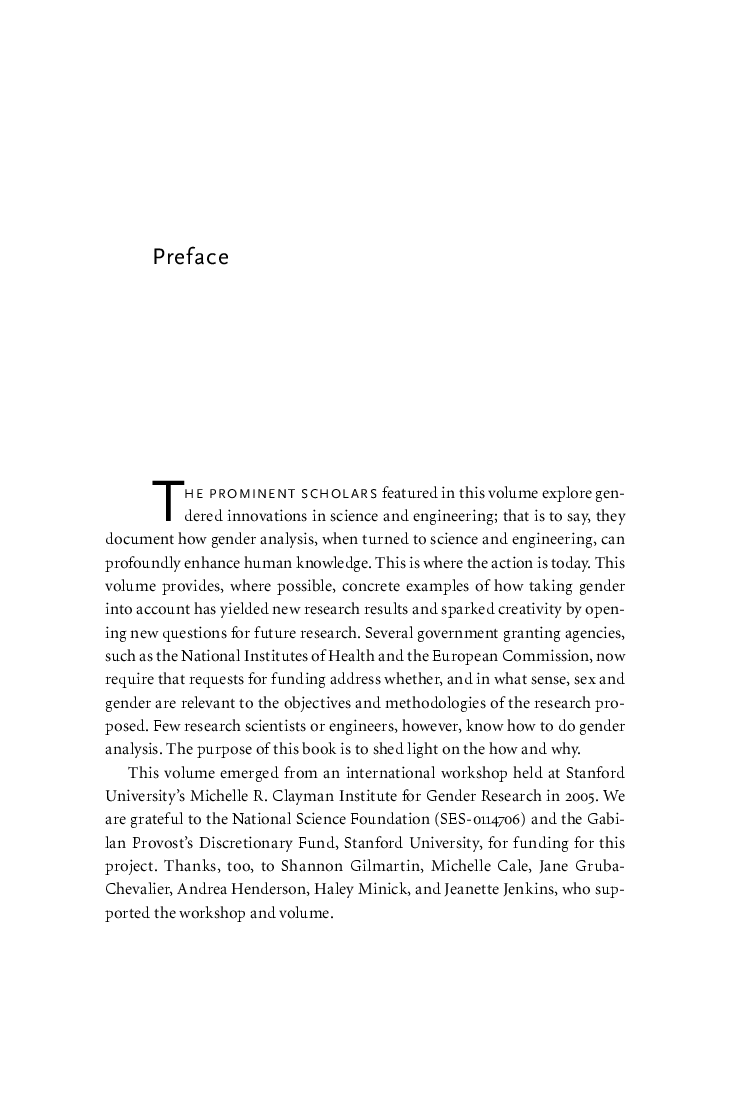 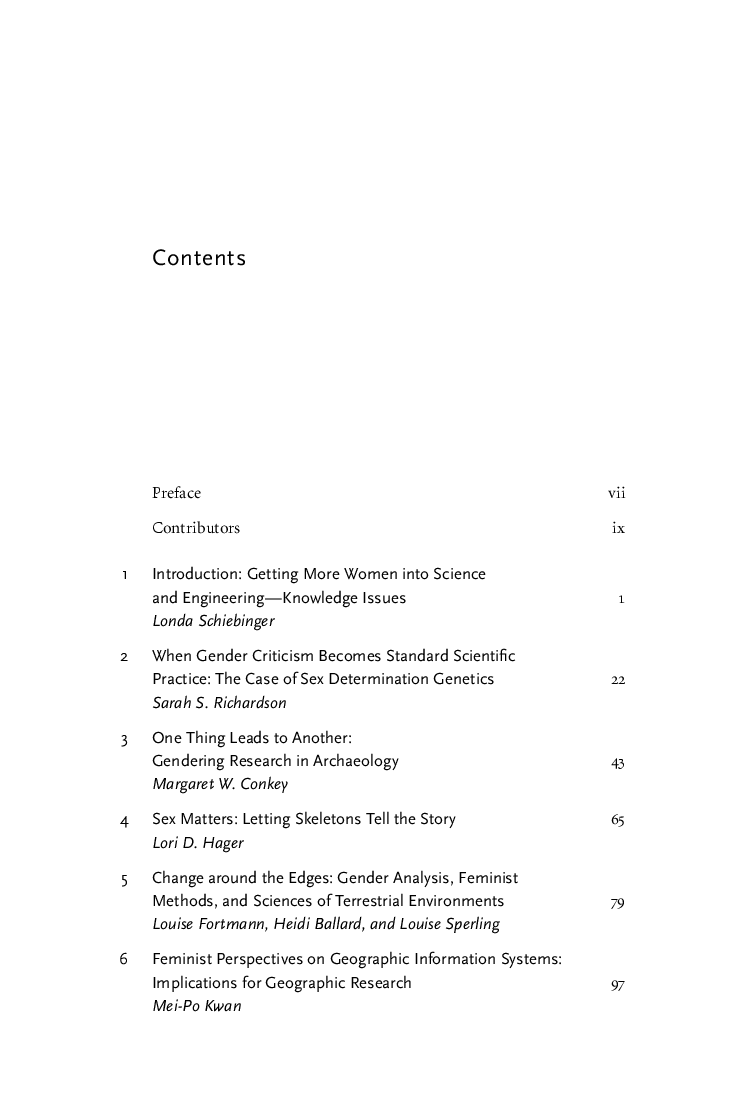 More in History—Gender and Sexuality