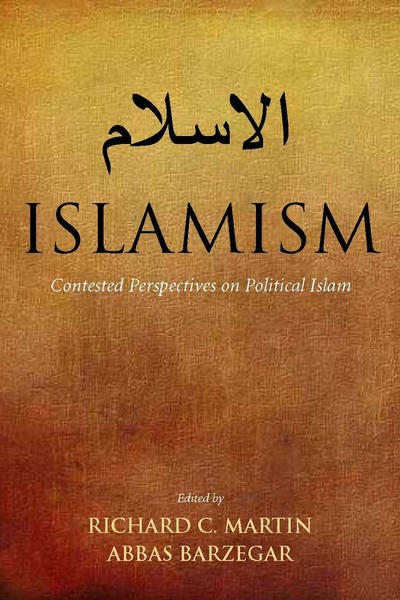 As America struggles to understand Islam and Muslims on the world stage, one concept in particular dominates public discourse: Islamism. References to Islamism and Islamists abound in the media, in think tanks, and in the general study of Islam, but opinions vary on the differences of degree and kind among those labeled Islamists. This book debates what exactly is said when we use this contentious term in discussing Muslim religion, tradition, and social conflict.

Two lead essays offer differing viewpoints: Donald K. Emmerson argues that Islamism is a useful term for a range of Muslim reform movements—very few of which advocate violence—while Daniel M. Varisco counters that the public specter of violence and terrorism by Islamists too often infects the public perceptions of Islam more generally. Twelve commentaries, written by Muslim and non-Muslim intellectuals, enrich the debate with differing insights and perspectives.

Richard C. Martin is Professor of Religion at Emory University. He co-authored Defenders of Reason In Islam: Mu'tazilism and Rational Theology from Medieval School to Modern Symbol (1997) and is editor-in-chief of The Encyclopedia of Islam and the Muslim World (2004). Abbas Barzegar is a Ph.D. candidate at Emory University.

"[Islamism] is an important book and a valuable contribution to the literature on political Islam . . . Daniel Varisco has done the field a service by launching the debate, and so have the editors by recording it."

"For the present collection, editors Martin and Barzegar engaged the premier adversaries in that debate, Donald Emmerson of Stanford and Daniel Varisco of Hofstra, to offer their arguments, along with a variety of other scholars to give critical response."

"With its multi-vocal debates, this book has an edge and perspective that is fresh and necessary. No other book focuses so precisely, or so helpfully, on the use of the term 'Islamism' and its relationship to the analysis of violence linked with Islam."

"This lively work will be a great help for anyone concerned with current debates between Islamic nations and the West. The book's active discussion of the terms 'Islamism' and 'Islamist' brings much needed attention to the degree that we rely on irresponsible rhetoric to discuss the Islamic world today." 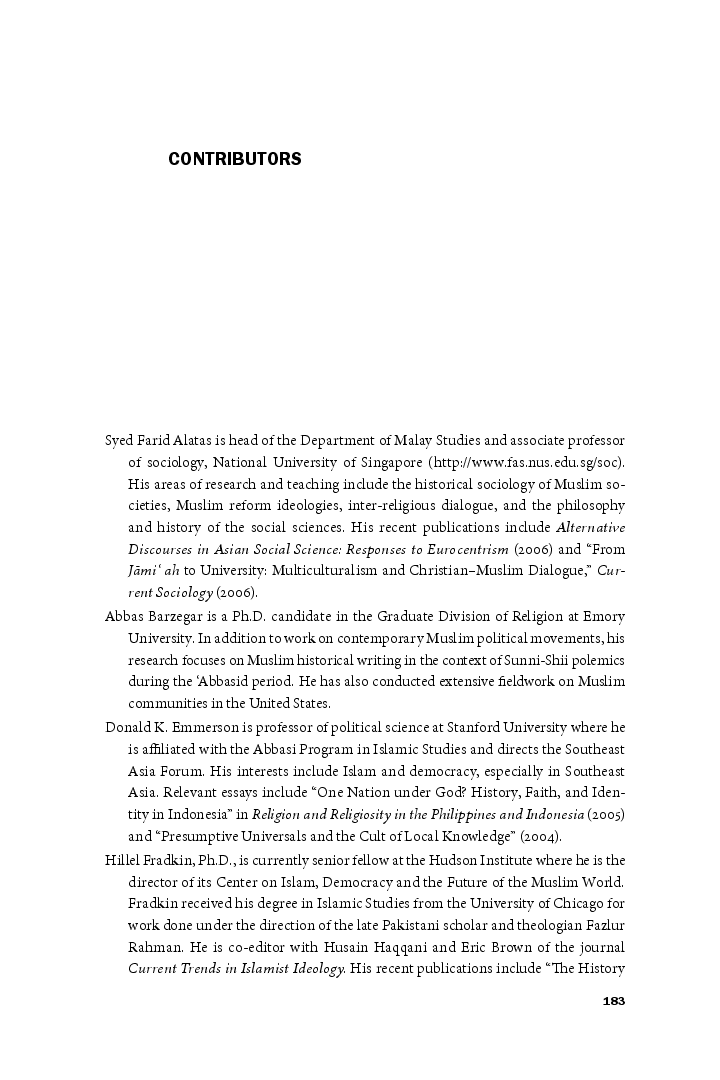 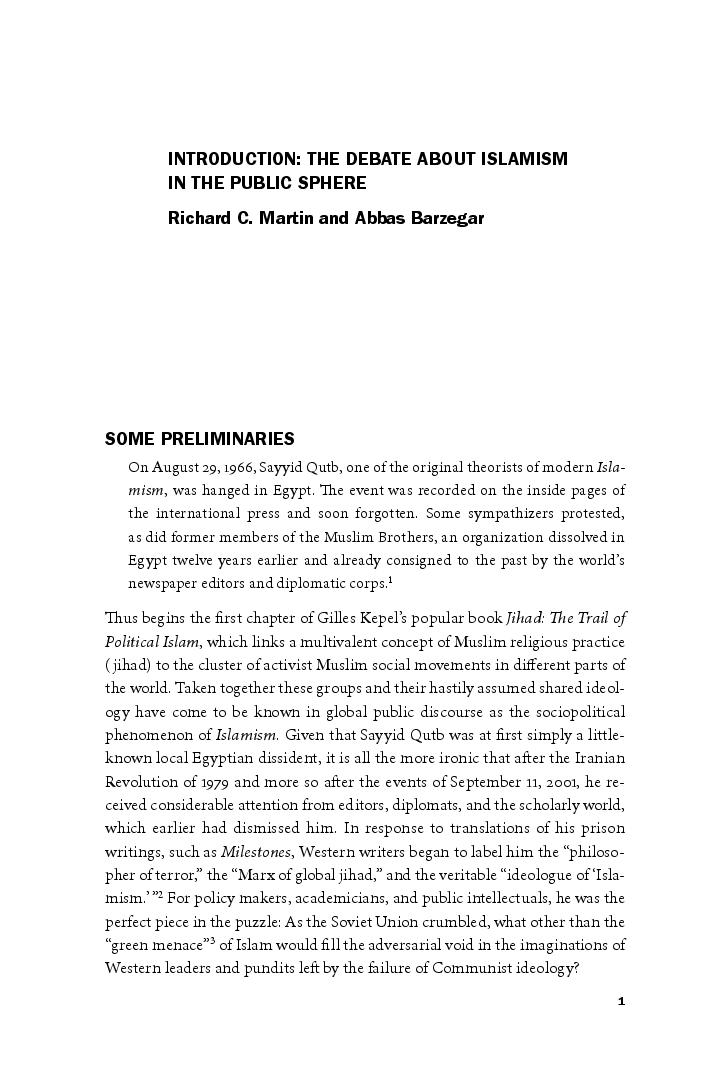 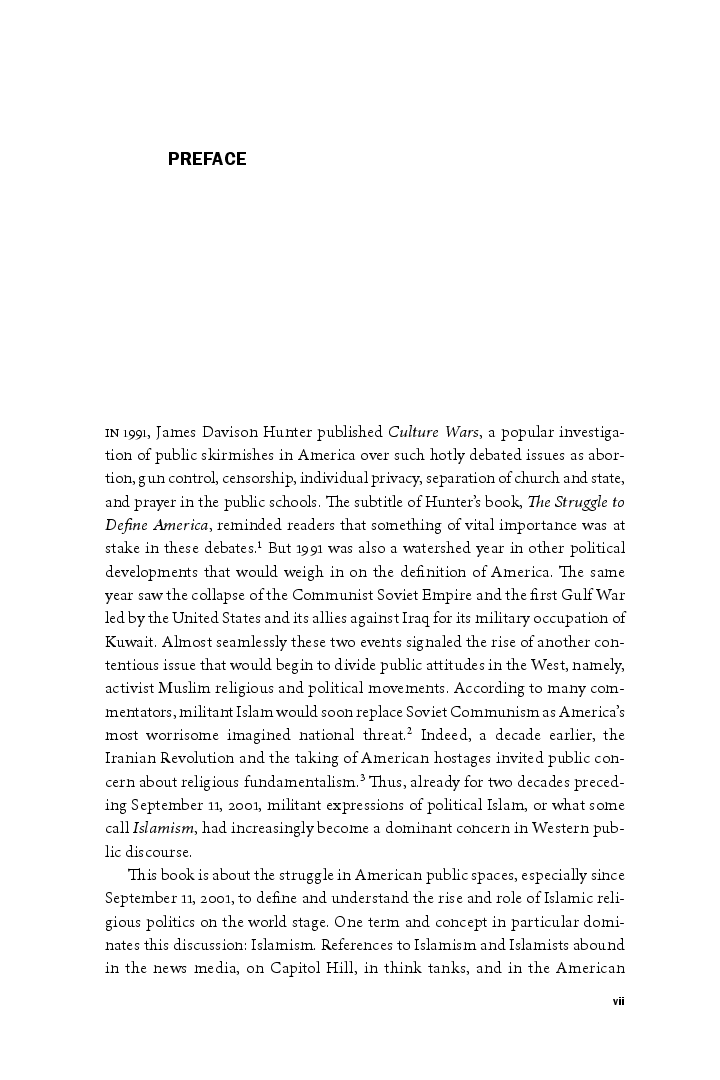 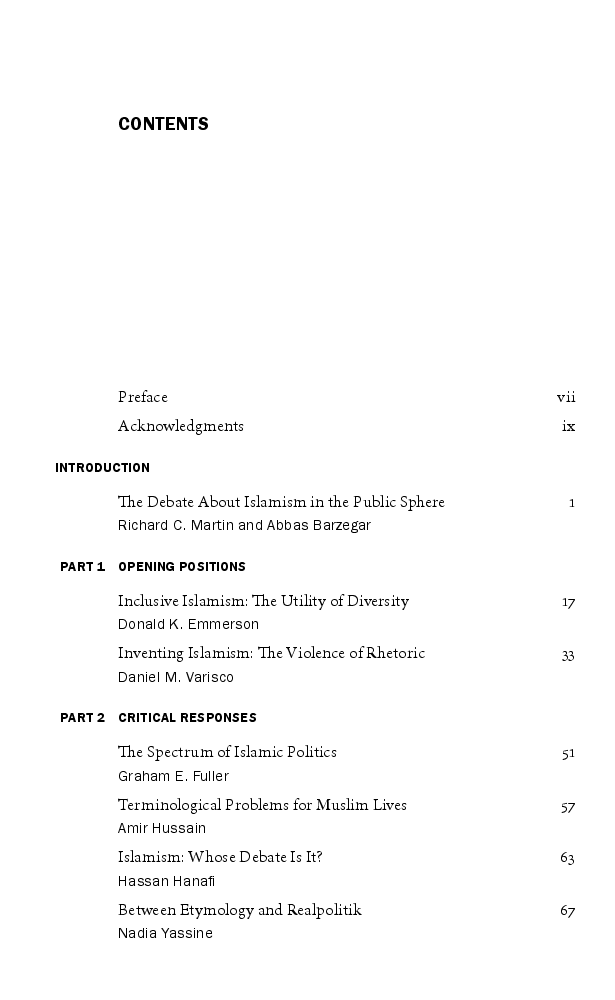