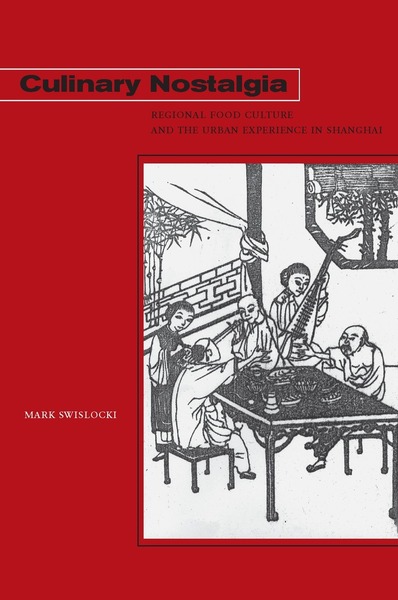 Culinary Nostalgia is the first Western-language book to explore the unique significance that the Chinese people attach to their country's many distinct regional foods, as well as the shifting roles that Western food plays in urban life. Author Mark Swislocki focuses on Shanghai—a food lover's paradise—as a rich intersection of urban, regional, and national identities, and examines how tastes registered change and continuity at pivotal moments throughout the city's history. From the earliest accounts of Shanghai's specialty foodstuffs to the dazzling variety of regional cuisines and restaurants in the metropolis of today, this book uncovers how city residents have constructed their relationship to the city itself, to other parts of China, and to the wider world. This new history of Shanghai develops an original framework for studying food culture as an intrinsic part of the way Chinese people connect to the past, live in the present, and imagine a future.

Mark Swislocki is Assistant Professor of History at Brown University.

"In this book, a historical study of restaurant food and its meanings in Shanghai, Mark Swislocki brings fresh and interesting material to the field of modern Chinese history and, simultaneously, to the rapidly expanding field of culinary history . . . Swislocki's research builds on earlier histories of native-place in Shanghai, but takes the reader into hitherto unexplored domains of this hybrid city. Readers will enjoy the journey. Original, engaging, and stimulating, this is the first book-length English-language study of a local food culture in China. It extends by a wide margin the existing body of research in this area."

"While there are a great many books on Chinese cooking, collections of recipes, and the like, far rarer are scholarly studies of Chinese foodways in broader terms and on the position of foodways and food in the general cultural history of China and of its regions. Swislocki has not only contributed one of these very rare books but he has done so in considerable style and with great originality to produce a book that is not only superb food history but makes a major contribution to Chinese history in general."

"Mark Swislocki's well-researched Culinary Nostalgia represents a sophisticated and comprehensive study of Shanghai, a harbinger in China's quest for modernity and cultural exchange. In lucid prose, the book analyzes the ways in which the city's residents coped with rapid change and defined its identity in different periods."

"This is a significant book which offers a refreshing new approach to the study of China through the history of food, showing how city residents construct their relationship to the city, the rest of China and the world by the way that they discuss and remember food and restaurants."

"Mark Swislocki's Culinary Nostalgia: Regional Food Culture and the Urban Experience in Shanghai is one of a large number of recent monographs dealing with Shanghai's encounter with modernity, but it is the first to approach Shanghai with the argument that 'regional food culture was intrinsic to how Chinese connect to the past, lived in the present, and imagined a future.' . . . [Swislocki] offers much to consider and admire to anyone interested in the study of food as a lens through which to examine larger cultural and historical issues."

"This beautiful book represents a huge task, based on the scrutiny of an extensive corpus of varied source material: newspapers, archives, monographs, biographies, literary texts, etc. It is a goldmine for historical specialists on Shanghai, who will find a huge amount of information, suggestions, ideas and trails to follow, sometimes light-years away from food and the culinary arts. Food historians will give it pride of place on their bookshelf because it is seldom that one can gain direct access to the belly of a city."International Journal of Asian Studies

"Within a few pages, Culinary Nostalgia establishes itself as one of the most original, serious and thought-provoking contributions to the growing body of literature on Chinese culinary culture."

"In meticulously tracing expressions of culinary nostalgia during specific stages of Shanghai history, this book provides a clear lineage of its creation, transformation, and deployment at different historical moments. It thus . . . makes important contributions to the study of Chinese food history in two other ways. On the one hand, this book undertakes a study of an as yet under-researched area: China's regional food cultures and their discursive enactments. On the other hand, it also showcases Shanghai as a vibrant site of discursive engagements despite or precisely because, as the author argues, its cosmopolitan public image and the common perception of its total Westernization, both of which often obscure its deep immersion in Chinese culinary traditions and its embeddedness in modern Chinese history."

"This remarkable, path-breaking book maps the parameters of a new field—food studies—as an integral part of the socio-cultural history of modern China. It is his subtle methodology, coupled with his superb knack for storytelling, that will cement Mark Swislocki's reputation as one of the most sophisticated cultural historians of his generation."

"This is a fascinating and highly original study of Shanghai based on personal reminiscences and meticulous research into newspapers and magazines, local gazetteers, sociological urban studies, and municipal archives. Aptly locating the history of restaurant culture in Shanghai within the larger history of the city, the author has created that rarity: a fine work of scholarship that is truly enjoyable to read." 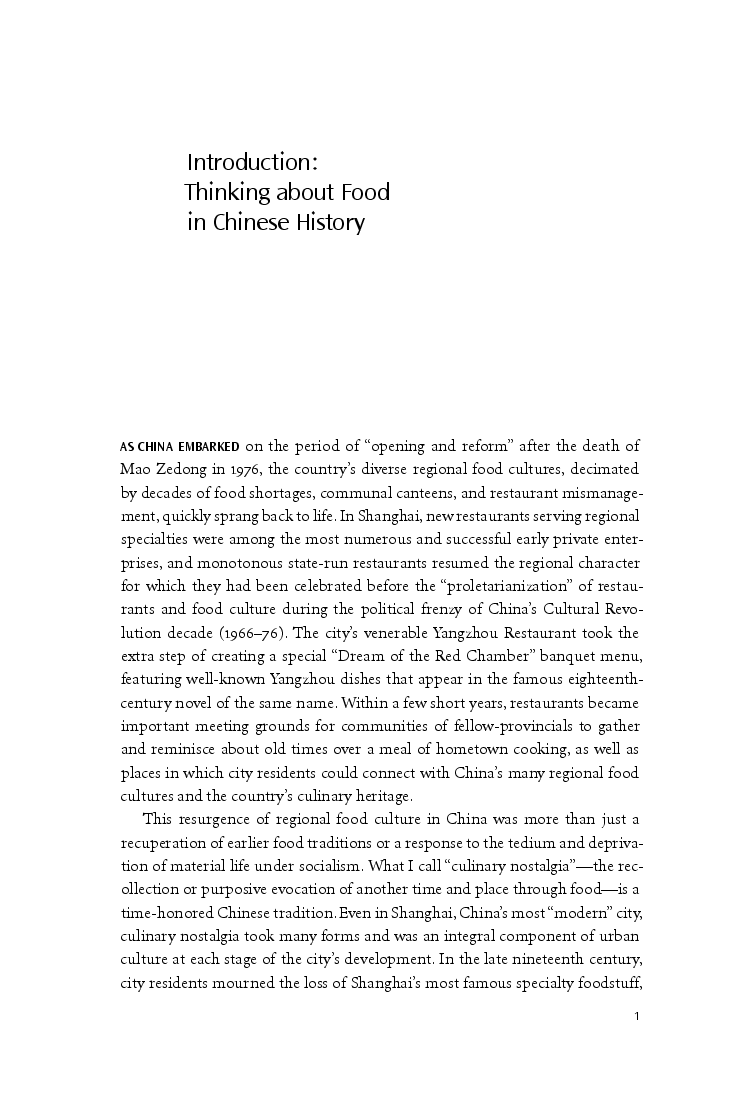 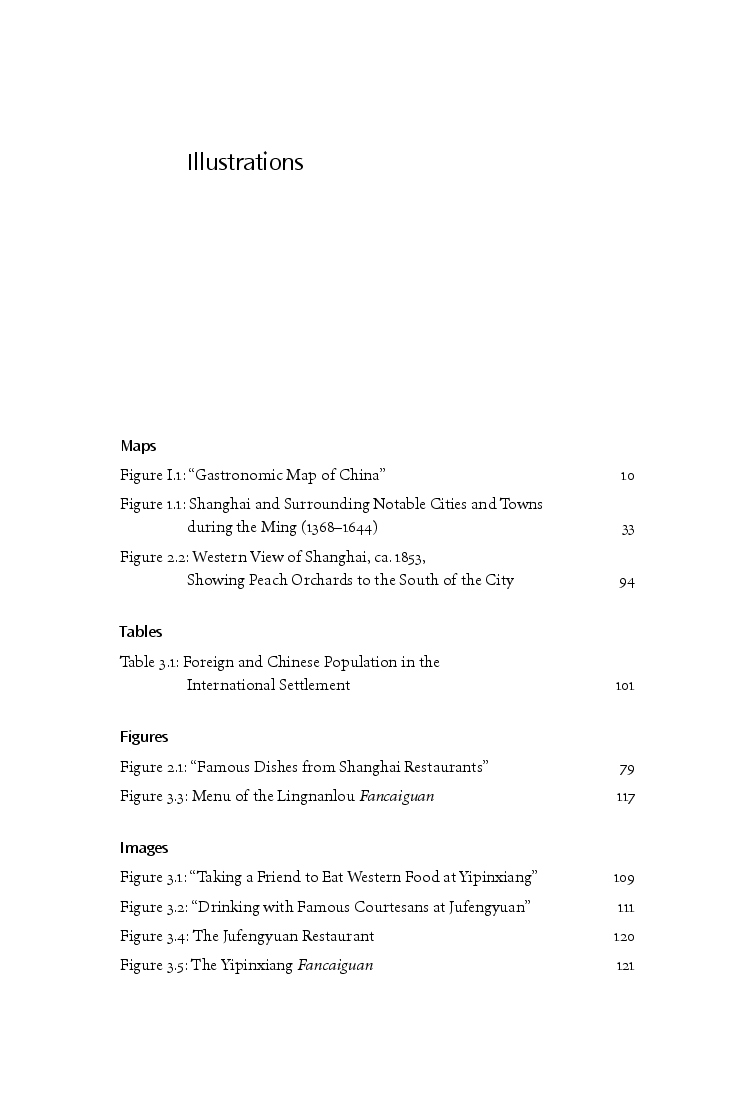 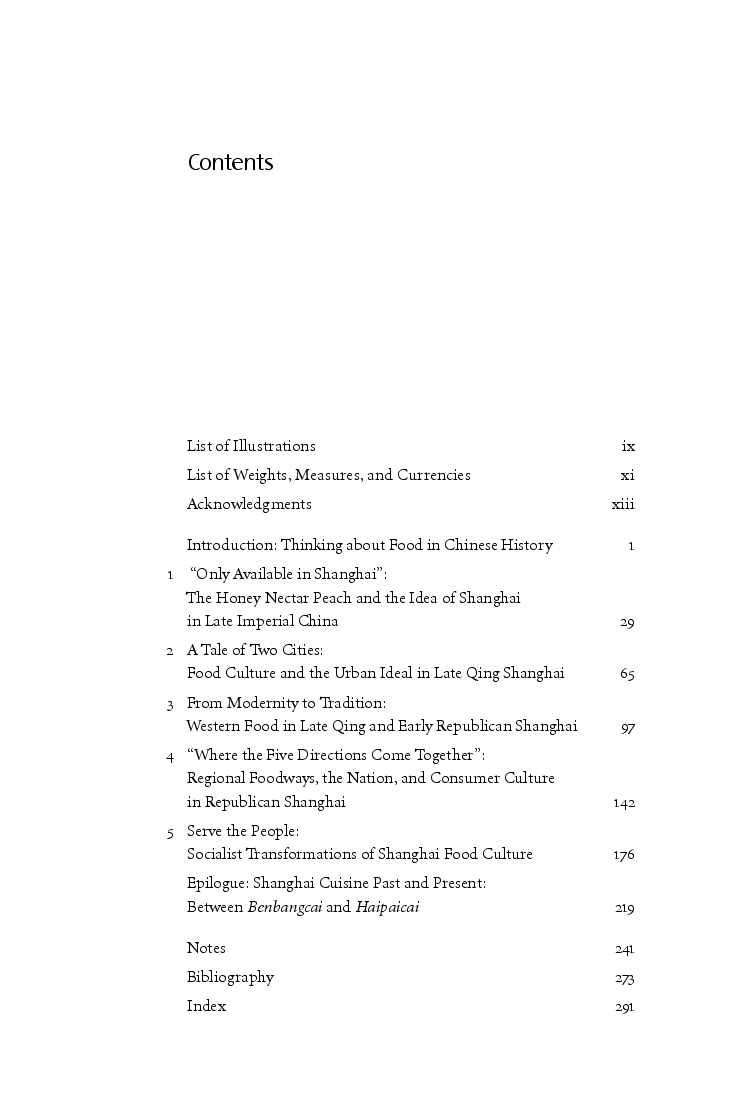