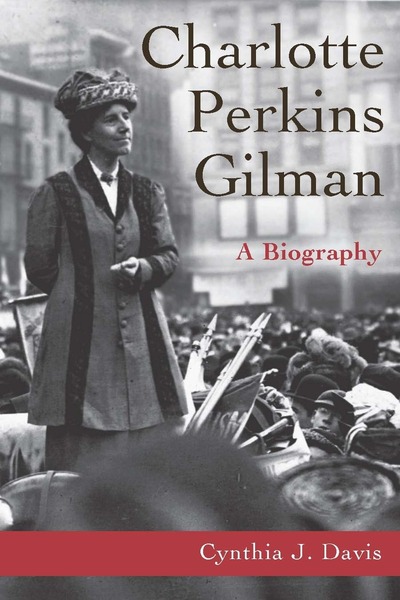 Charlotte Perkins Gilman offers the definitive account of this controversial writer and activist's long and eventful life. Charlotte Anna Perkins Stetson Gilman (1860–1935) launched her career as a lecturer, author, and reformer with the story for which she is best-known today, "The Yellow Wallpaper." She was hailed as the "brains" of the US women's movement, whose focus she sought to broaden from suffrage to economics. Her most influential sociological work criticized the competitive individualism of capitalists and Social Darwinists, and touted altruistic service as the prerequisite to both social progress and human evolution.

By 1900, Gilman had become an international celebrity, but had already faced a scandal over her divorce and "abandonment" of her child. As the years passed, her audience shrunk and grew more hostile, and she increasingly positioned herself in opposition to the society that in an earlier, more idealistic period she had seen as the better part of the self. In her final years, she unflinchingly faced breast cancer, her second husband's sudden death, and finally, her own carefully planned suicide— she "preferred chloroform to cancer" and cared little for a single life when its usefulness was over.

Charlotte Perkins Gilman presents new insights into the life of a remarkable woman whose public solutions often belied her private anxieties. It aims to recapture the drama and complexity of Gilman's life while presenting a comprehensive scholarly portrait.

Cynthia J. Davis is Professor of English at the University of South Carolina, Columbia. She is the author of Bodily and Narrative Forms: The Influence of Medicine on American Literature, 1845-1915 (Stanford, 2000) and co-editor of Charlotte Perkins Gilman And Her Contemporaries: Literary and Intellectual Contexts (2004) and Approaches to Teaching Charlotte Perkins Gilman's "The Yellow Wallpaper" and Herland (2003).

"In her immensely readable and comprehensive biography, Cynthia J. Davis tells Gilman's fascinating life story with precision, wisdom, and tact. Davis's Charlotte Perkins Gilman: A Biography provides the most complete consideration of Gilman's life. This book includes twenty-five photographs, some never before published, and its careful documentation of sources will prove a boon to future Gilman scholars."

"Davis's long-awaited masterpiece is the most comprehensive Gilman biography to date. Both lyrical and scholarly, this splendid volume offers a coherent and compelling narrative of Gilman's life, work, and philosophy, drawing upon a rich field of source material . . . It is essential reading for Gilman scholars and promises to be the definitive Gilman biography for years to come."

"Charlotte Perkins Gilman is a remarkable retelling of a 'living' that includes, but is not limited to, the career of a figure larger than life . . . Refreshingly, Davis does not shy away from juxtaposing Charlotte's professed philosophies with her lived experiences. A major strength of this biography is Davis's willingness to reveal inconsistencies, contradictions, and potentially unflattering elements of Charlotte's aspirations . . . Even though Davis's work weighs in at over five hundred pages, her writing style and fruitful research leave the reader wanting more, rather than less, of both Charlotte's and Davis's observations."

"Thanks to Cynthia J. Davis, scholars, students, and general readers finally have a definitive, authoritative, and comprehensive biography of the often enigmatic Charlotte Perkins Gilman. This much anticipated study of Gilman is, in a word, superb . . . [I]t is in the lesser known documents and materials that Davis has found the stuff great biographies are made of. Her meticulously researched volume brings both substance to and new revelations about Gilman's life in a manner that is captivating, thorough, well-informed, and inclusive . . . This book is a must read for anyone interested not only in Gilman but also in the cultural, intellectual, and social history of the late nineteenth and early twentieth centuries."

"To read Davis's book is to be enriched by the lively, evocative pen of Gilman the poet. Every chapter and every section of every chapter (generally there are five) has an epigraph, often a selection from the poetry, which Davis uses skillfully to interpret her life."

"The plethora of biographical data the author resurrected informs this comprehensive, scholarly portrait of Gilman's complex, controversial life and career, significantly contributing to the study of American literature, particularly 19th-century American women writers. The book is noteworthy not only for its inclusion of new salient information about Gilman, but for the careful correlations Davis provides to better present Gilman, the private woman, and her particular public forums of activism . . . Summing up: Essential."

"This may be the definitive biography of Charlotte Perkins Gilman. Over the last twenty years, a wealth of biographical data has come to light, much of it unearthed by Davis. Felicitously written, judiciously organized, and critically and theoretically informed, this Gilman biography will supersede all that have come before it." 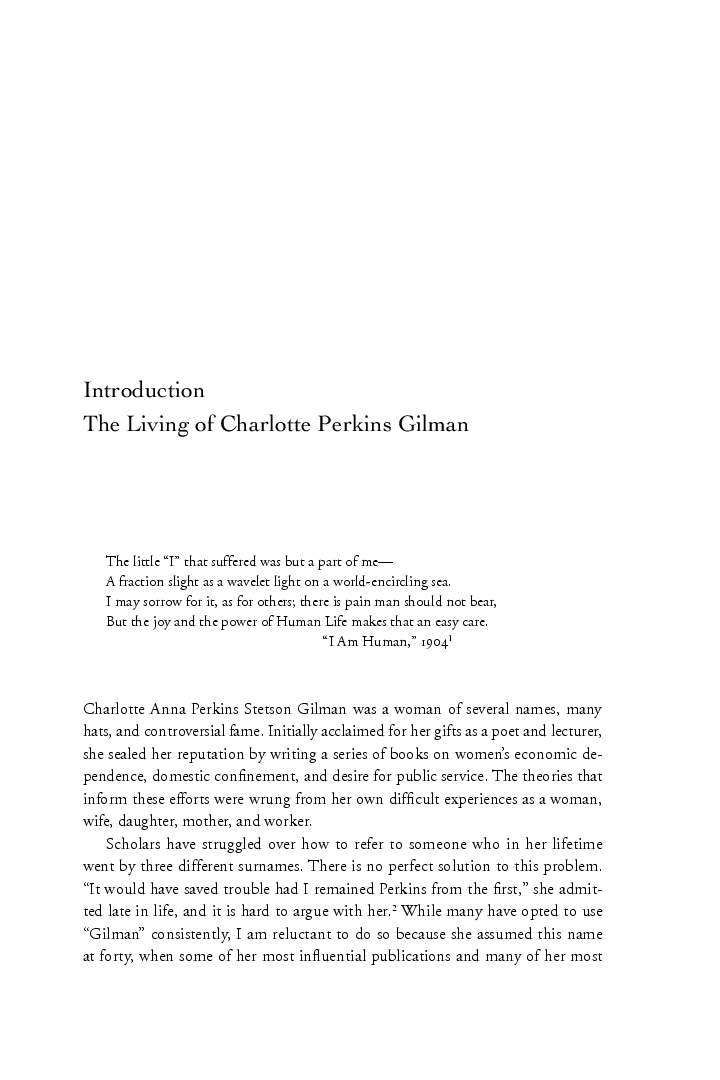 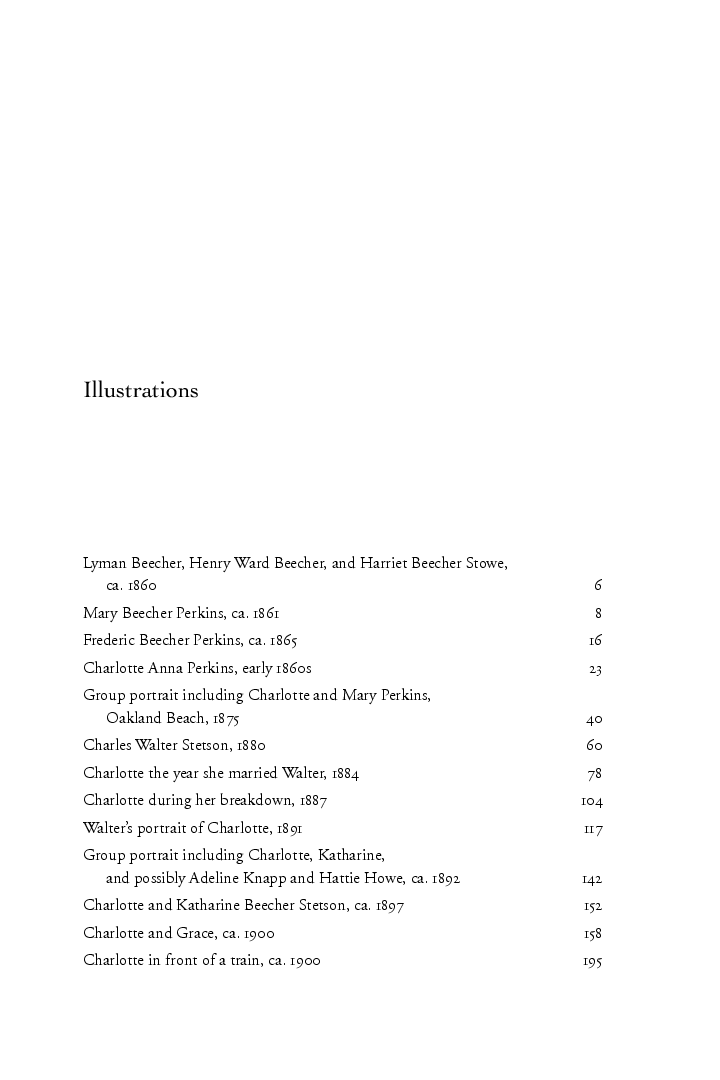 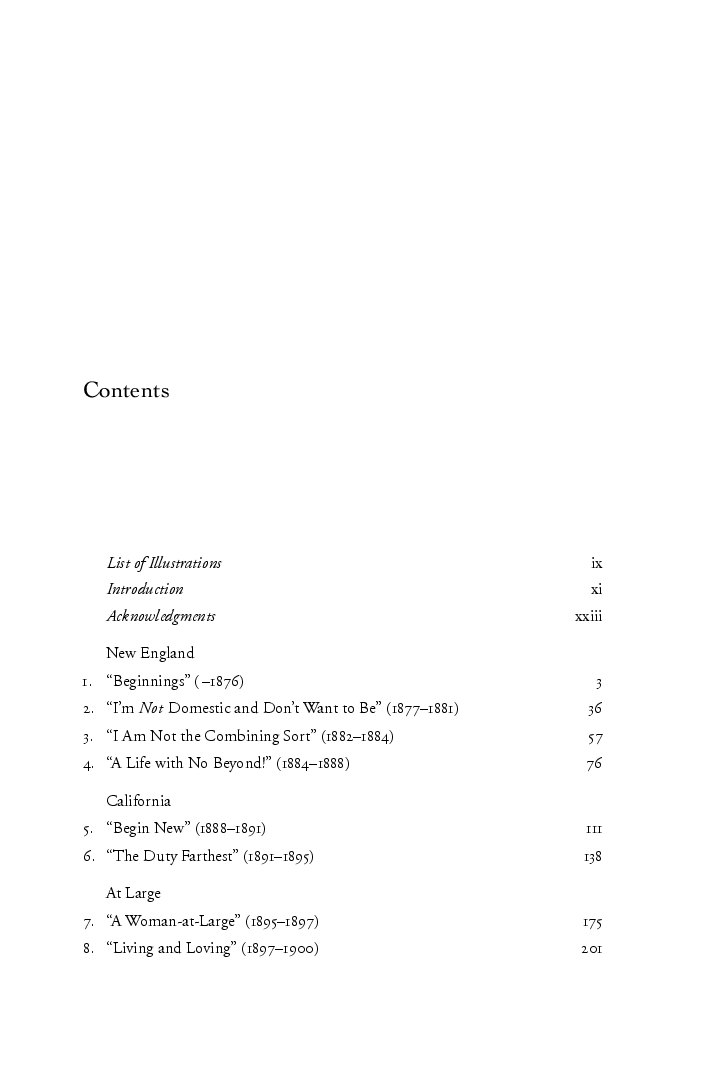