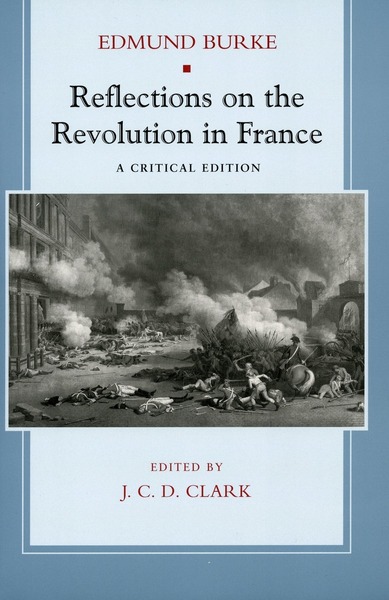 The French Revolution is a defining moment in world history, and usually it has been first approached by English-speaking readers through the picture painted of it by Edmund Burke. Reflections on the Revolution in France is a classic work in a range of fields from history through political science to literature, and securely holds its place among the canon of "great books." Yet its meaning is still contested and often misunderstood, equally by those who wish to admire or to denigrate Burke for his present-day relevance. This edition aims to locate Burke once again in his contemporary political and intellectual setting. Alone among recent versions, it reprints the text of the first edition of the Reflections, and shows how Burke amended it as his knowledge of the Revolution deepened. It is certain to become the standard edition for scholars and students alike.

The editor's Introduction is much more extensive than that of any previous edition. It situates the Reflections in Burke's life and the development of his ideas, the history of English political thought, the debate about the French Revolution, and the debate the book itself inspired. But the Introduction is more than a compendium of information; it is a thoughtful, coherent interpretation of Burke and his book. The editor's notes are also fuller than those of any previous edition, glossing many literary and biblical allusions missed by previous editors. He also supplies an extended note on the text, a biographical guide, and a bibliography, helpfully presented in discursive form.

"Providing a fresh perspective on a much-studied classic, Clark's edition is both innovative and informative. The first modern edition to reprint the text of the first edition of the Reflections, it brings readers closer to the historic document. . . . This volume should become the starting point for serious study of the Reflections."

" . . . [Reflections on the Revolution in France] will help both the student and the advanced scholar to engage with one of the founding texts of modernity, as well as providing, in its own right, an interpretive contribution to Burke studies."