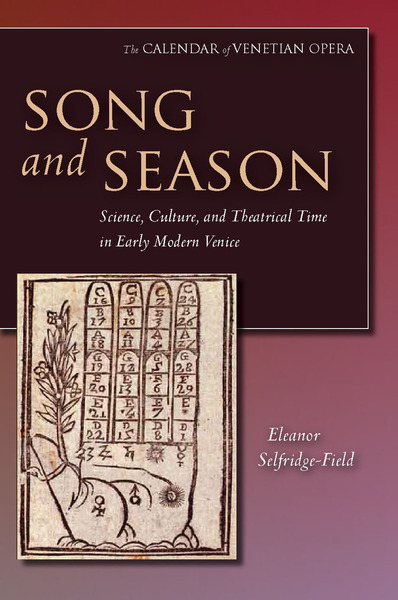 Two systems of timekeeping were in concurrent use in Venice between 1582 and 1797. Government documents conformed to the Venetian year (beginning 1 March), church documents to the papal year (from 1 January). Song and Season defines the many ways in which time was discussed, resolving a long-standing fuzziness imposed on studies of personnel, institutions, and cultural dynamics by dating conflicts. It is in this context that the standardization of timekeeping coincided with the collapse of the dramma per musica and the rise of scripted comedy and the opera buffa. Selfridge-Field discloses fascinating relationships between the musical stage and the cultures it served, such as the residues of medieval liturgical feasts embedded in the theatrical year. Such associations were transmuted into lingering seasonal associations with specific dramatic genres. Interactions between culture and chronology thus operated on both general and specific levels. Both are fundamental to understanding theatrical dynamics of the sixteenth to eighteenth centuries.

Eleanor Selfridge-Field is Consulting Professor of Music and Co-Director of the Center for Computer-Assisted Research in the Humanities at Stanford University. She is the author of many books and articles in various fields, including Beyond MIDI (1997); The Music of Benedetto and Alessandro Marcello (1990); and Venetian Instrumental Music from Gabrieli to Vivaldi (1975).

"Eleanor Selfridge-Field's Song and Season: Science, Culture, and Theatrical Time in Early Modern Venice offers much to commend itself to readers from diverse disciplines . . . [H]er fastidious reading of cultural materiality sheds light on the intricate interrelationships among Venetian science, religion, politics, and trade that gave birth to a time keeping paradigm that seems mandarinly abstruse from this historic distance, but was, as her evidence suggests, naturalized in the quotidian negotiations of the everyday."

"The collective material in [Selfridge-Field's] books adds significantly to a field laden with myths and misconceptions. Together, they contain much detailed information unavailable elsewhere. They are a major contribution to musicology and bring important understanding to the cultural history of Venice more generally . . . Penetrating the accretions of legend that still surround the Serene Republic will require the kind of painstaking archival work that Selfridge-Field has been engaged in across Europe for the last twenty years. Her conclusions are circumscribed, and she keeps herself scrupulously close to the sources. The results of such patient digging will be of lasting value to scholars."

"What a wonderful resource for lovers of La Serenissima. These books give one a terrific sense of the place and its vibrant culture. One wants to travel back in time to be a part of it."

"Song and Season is a work of history, in that it reconstructs on a documentary basis the calendrical system that underlies the theatrical life of Venice, the city which played a central role in the development of opera. Song and Season is also an essay in historical anthropology, discussed with perspicacity and expertise. It demonstrates the ways in which the theater, as an institution, benefited from both social habit and civic custom. It could not illustrate better the intertwining of civil, political, economic, and intellectual motives that underlay the role of operatic performance in the life of the Serenissima."

"I admire the equal provisions for a grand synthesis and for minutely detailed explications, and, above all, the originality of this work. To illustrate this point, I refer the reader to the temporal-cum-functional subdivision of the Venetian autumn and winter seasons—an innovation which, I predict, will soonbecome part of the general discourse on Venetian opera."

"Many readers will find their needs met by the New Chronology, with its concise introduction to Venice's theatrical seasons and repertory; those wanting full or detailed information on time and its measurement, the definition of the theatrical seasons or the relation between these and Venetian society and customs in general will have to consult Song and Season."

"This book is a fascinating study of temporal organization, its management and its consequences, with great relevance for our own time-obsessed culture.For any scholar undertaking archival research in Venice it is, of course an invaluable source of information." 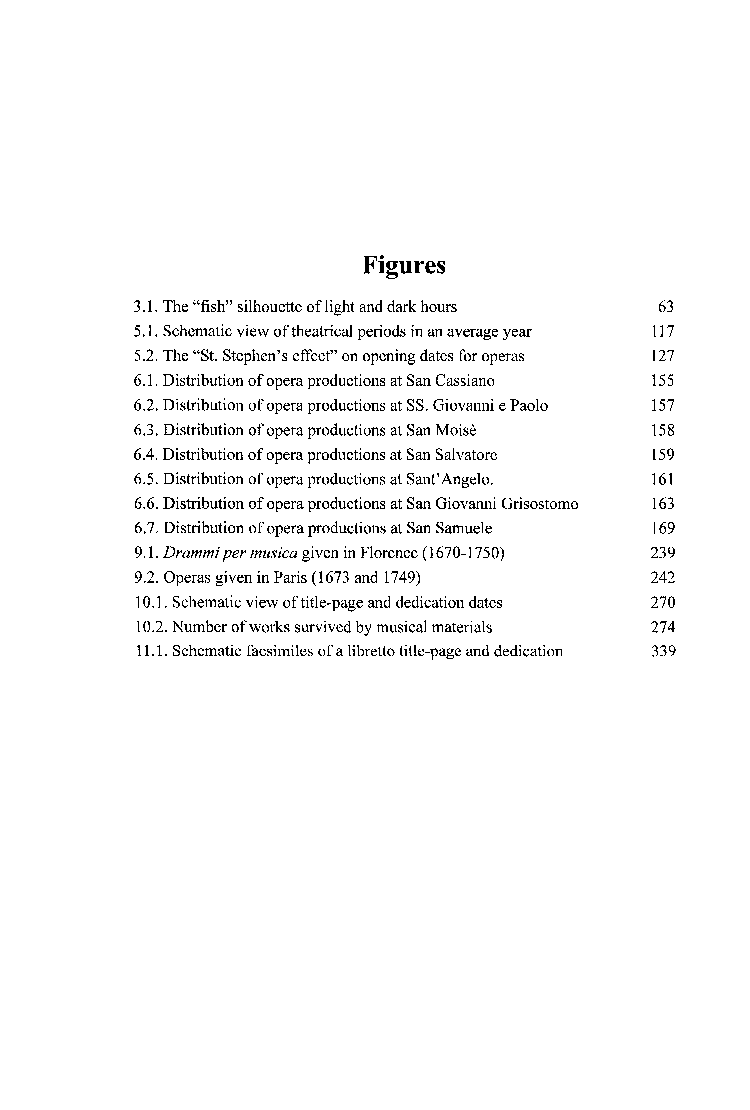 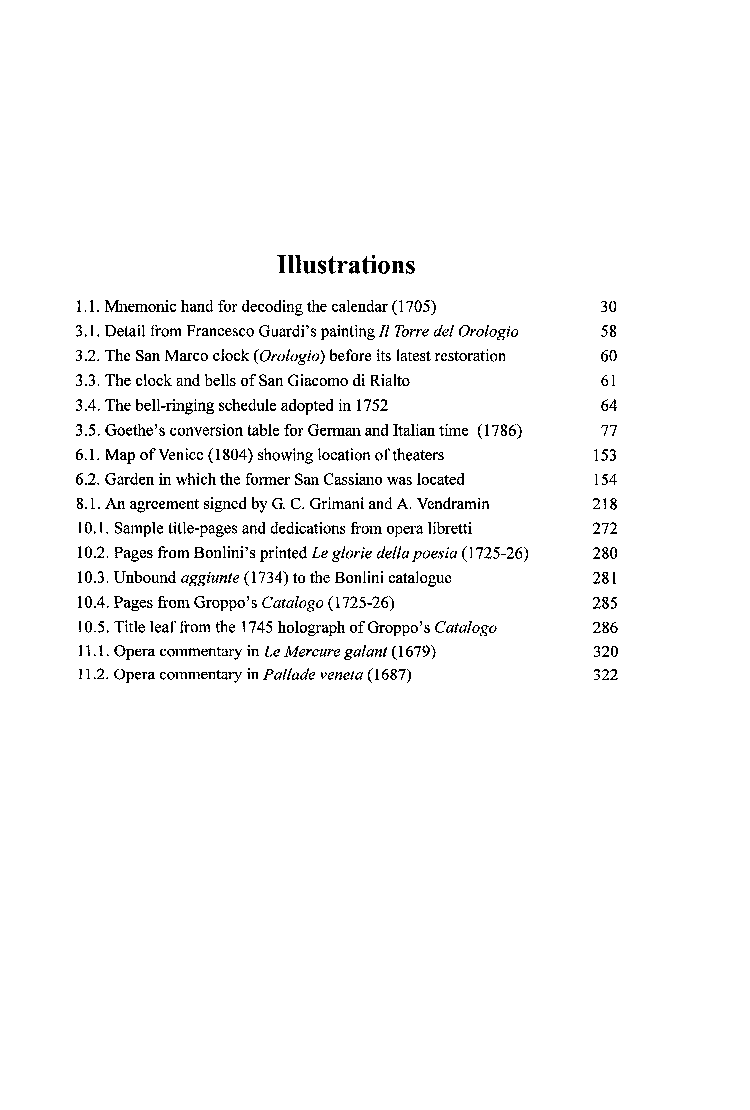 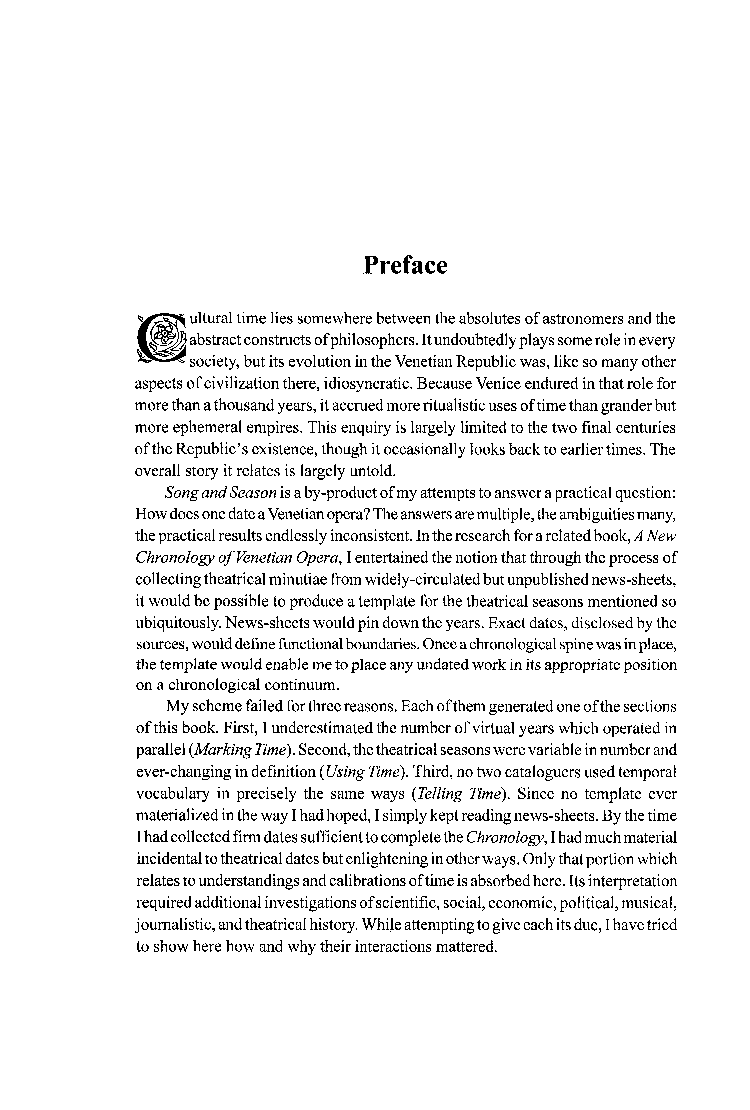 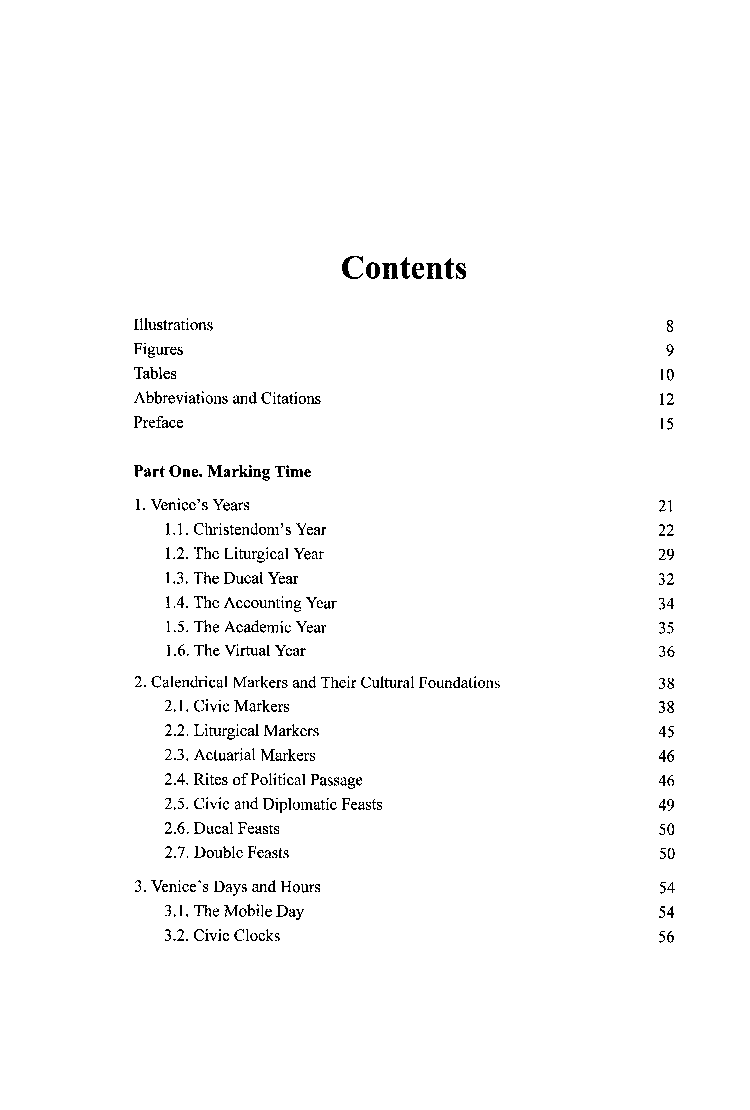 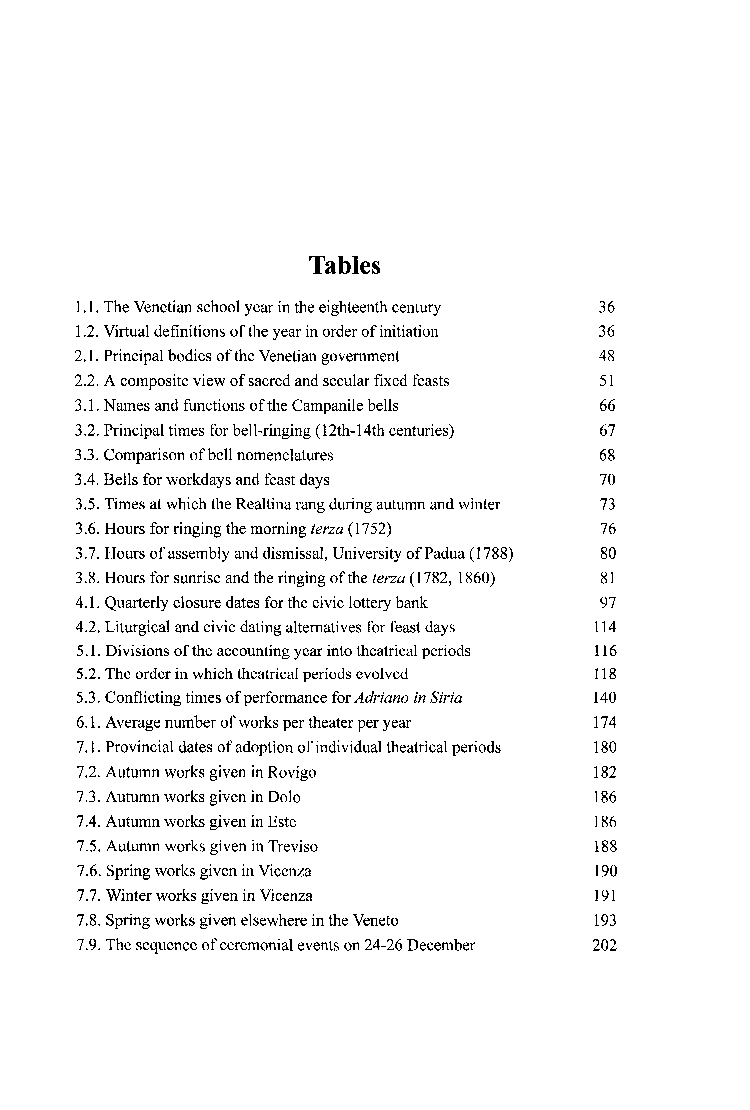