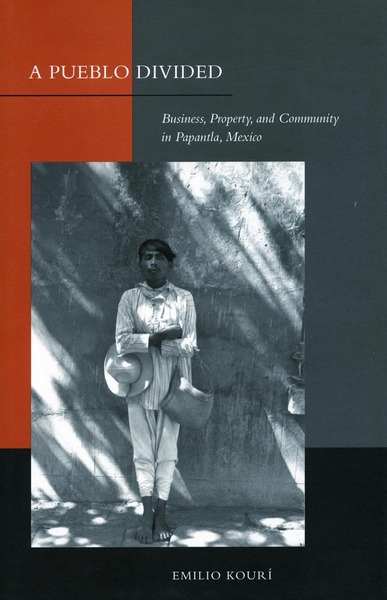 Winner of the 2005 Bolton-Johnson Prize, sponsored by the Conference on Latin American History.

Honorable Mention in the 2005 Erminie Wheeler-Voegelin Prize, sponsored by the American Society for Ethnohistory.

A Pueblo Divided tells the story of the violent privatization of communal land in Papantla, a Mexican Indian village transformed by the fast growth of vanilla production and exports in the late nineteenth century. The demise of communal landholding, long identified as one of the leading causes of the Revolution of 1910, is one of the grand motifs of Mexico's modern history. It is also, surprisingly, one of the least researched. This is the first study of the process of village land privatization in Mexico. It describes how a complex interplay of commercial, political, demographic, fiscal, and legal pressures led to social strife, rebellion, and finally parcelization. Disproving long-held assumptions that indigenous villagers were passive participants in the process, the author shows that they actually played a crucial role in the subdivision of communal property. Papantla's story is at odds with prevailing stereotypes of pueblo history, and thus points to the need for a broad reexamination of the causes, process, and consequences of rural social change in pre-revolutionary Mexico.

Emilio Kour is Associate Professor of History and Director of the Katz Center for Mexican Studies at the University of Chicago.

"This excellent study nicely contextualizes these socioeconomic transformations in Papantla, both historically and geographically. The research is exhaustive and detailed, yet the book is well written and clearly argued... Importantly, it rises above the too-often simplistic dichotomy of entrepreneurs and government officials versus victimized Indians."

"It is no small achievement for any historian to be able to say something new about this important period of Mexican history. Emilio Kour's achievement in A Pueblo Divided is far greater than that. He has been able to contribute decisively to resolving one of the most controversial and debated issues for that period. Kour paints such a vivid picture of the life of the villagers, and above all of the uprisings, that it will be a pleasure to read even for people who are not primarily concerned with this subject. This book constitutes a brilliant work and a major breakthrough in the history of the nineteenth and early twentieth centuries in Mexico."

—Friedrich Katz, The University of Chicago

"Based on a mass of evidence, clearly structured and argued, A Pueblo Divided offers a lively and informative analysis of Papantla's vanilla boom and its many repercussions. This is an impressive and original study of an important topic, hitherto rather poorly understood, now, thanks to Kour and his indefatigable research, made accessible to students of Mexican History. It fills a significant gap."

"A Pueblo Divided rethinks the history of Mexico during the nineteenth century from the perspective of one community. Its great innovation is to see evolving divisions and integrations within indigenous Papantla in the context of both the production of vanilla for a developing Atlantic export economy and the consolidation of the 'liberal' state via land privatizations and political interventions. Detailing the political and economic complexities of Papantla in Atlantic and Mexican national contexts simultaneously, Kour offers a model history."

"This is economic and business history at its best, committed not only to rigorous probing of the explanatory power of external factors like world commodity markets, but also to exposing and exploring the places where those factors lose their power to explain."

"Terrific—wonderfully researched, thoroughly original, and beautifully written. It may be the best book ever written on agrarian protest in Mexico; it will certainly transform the field."

"This book is a landmark in Mexican rural history." 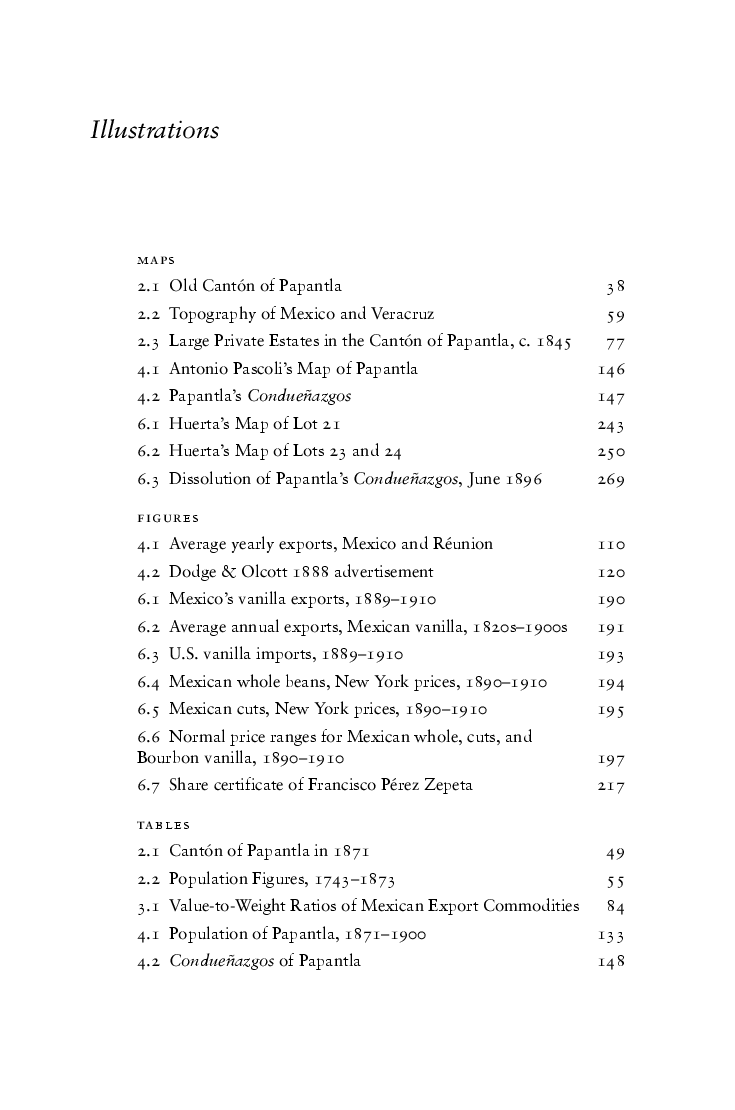 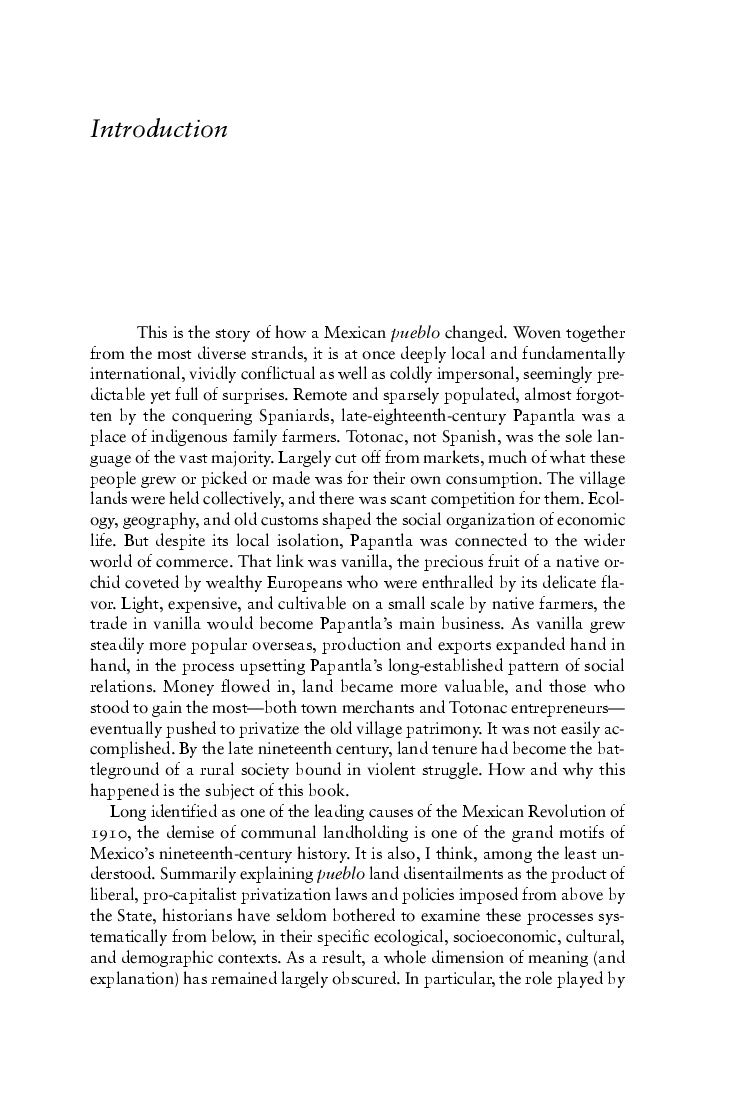