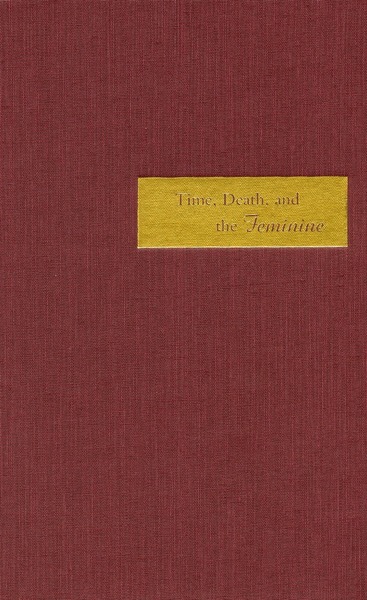 Time, Death, and the Feminine
Levinas with Heidegger
Tina Chanter

Examining Levinas’s critique of the Heideggerian conception of temporality, this book shows how the notion of the feminine both enables and prohibits the most fertile territory of Levinas’s thought.

According to Heidegger, the traditional notion of time, which stretches from Aristotle to Bergson, is incoherent because it rests on an inability to think together two assumptions: that the present is the most real aspect of time, and that the scientific model of time is infinite, continuous, and constituted by a series of more or less identical now-points. For Heidegger, this contradiction, which privileges the present and thinks of time as ongoing, derives from a confusion about Being. He suggests that it is not the present but the future that is the primordial ecstasis of temporality. For Heidegger, death provides an orientation for our authentic temporal understanding.

Levinas agrees with Heidegger that mortality is much more significant than previous philosophers of time have acknowledged, but for Levinas, it is not my death, but the death of the other that determines our understanding of time. He is critical of Heidegger’s tendency to collapse the ecstases (past, present, and future) of temporality into one another, and seeks to move away from what he sees as a totalizing view of time. Levinas wants to rehabilitate the unique character of the instant, or present, without sacrificing its internal dynamic to the onward progression of the future, and without neglecting the burdens of the past that history visits upon us.

The author suggests that though Levinas’s conception of subjectivity corrects some of the problems Heidegger’s philosophy introduces, such as his failure to deal adequately with ethics, Levinas creates new stumbling blocks, notably the confining role he accords to the feminine. For Levinas, the feminine functions as that which facilitates but is excluded from the ethical relation that he sees as the pinnacle of philosophy. Showing that the feminine is a strategic part of Levinas’s philosophy, but one that was not thought through by him, the author suggests that his failure to solidly place the feminine in his thinking is structurally consonant with his conceptual separation of politics from ethics.

Tina Chanter is Associate Professor of Philosophy at the University of Memphis. She is the author of Ethics of Eros: Irigaray's Rewriting of the Philosophy.