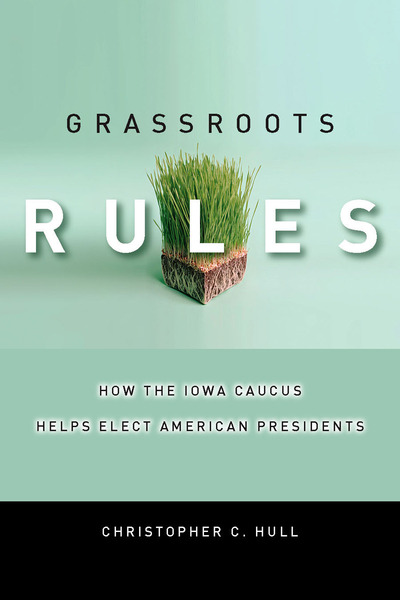 On February 10, 2007, Barack Obama stood before the Illinois capital building and announced his potentially historic presidential bid. The next day, he was in Iowa Falls, campaigning. He was far from the first—Hillary Rodham Clinton, John Edwards, John McCain, and Mitt Romney were already swarming the Hawkeye State, seeking votes behind every hay bale.

After all, in the lead-up to the 2008 presidential primary, both Iowa and New Hampshire have come under significant fire—as usual. Critics like Sen. Carl Levin (D-Mich.) have charged that these early contests dominate the nomination process, yet are badly out of step with the ideology and demographics of the party and the country writ large. However, while New Hampshire has suffered a serious setback, Iowa has once again emerged as the first presidential primary contest, in part by arguing that its Precinct Caucus was a time-honored tradition that helped winnow the field with good old retail politicking and grassroots activism.

This debate comes to a head this coming Winter, when tens of thousands of Iowans will troop to libraries and churches, prepared for an hour or more of party business. Each of these party meetings, or "caucuses," will hold straw polls, the results of which will be broadcast around the world. One analysis found that the Caucus generates 143 times as much media coverage as other presidential primary contests, controlling for the date and size of the contest. In other words, being first thrusts the Iowa Caucus onto a towering public stage with extraordinary public interest.

Both of these factors—the normative public debate and the empirical public frenzy—demonstrate the need for a very close look at the Caucus, in all its warts and beauty. Grassroots Rules was written to provide just such a study.

Christopher C. Hull is Adjunct Professor at Georgetown University. He is also Senior Vice President and Campaign Manager for the U.S. Public Affairs Practice of Hill & Knowlton, based in Washington, D.C.

"If you want to understand Iowa's effect on party nominations, read this book."

"A must-read for anyone interested in presidential campaigns – from Iowa, through New Hampshire, to election day."

"Grassroots Rules is a tour de force. Combining potent analytical skills with real-world experience, Chris Hull maps out the most fought-over 56,276 square miles in American politics: Iowa, home to the first-in-the-nation presidential caucus. The author's conclusions will intrigue casual readers and startle political practitioners. Anyone in need of a thorough road map for where the 2008 presidential race begins should make Grassroots Rules their first stop."

"Grassroots Rules is absolutely right: retail politics matters most in Iowa. Hull talked to the right people and tells the right stories to give readers an insider's view of the caucuses. If you want to understand how presidential candidates win in Iowa today, you have to read this book."

"The Iowa caucuses, poised at the start of the presidential nomination calendar, have been criticized as unrepresentative and operationally complex while being praised for their retail politics and grass-roots democracy. Christopher Hull's book adds new insight into long-standing debates on the conduct and influence of the Iowa caucuses. His research expands our understanding of the effectiveness of grassroots versus mass media campaigning in the caucuses, and the role of ideology versus electability in voters' choices. Those who read Hull's book will come away with a better understanding of the conduct, significance, and ever changing nature of the caucuses."

"The real value of this book is in its making some of the finer points of the presidential electoral process interesting to those who don't know a caucus from a primary or Iowa from Ohio. In short, this is a timely and accessible book recommended for all libraries." 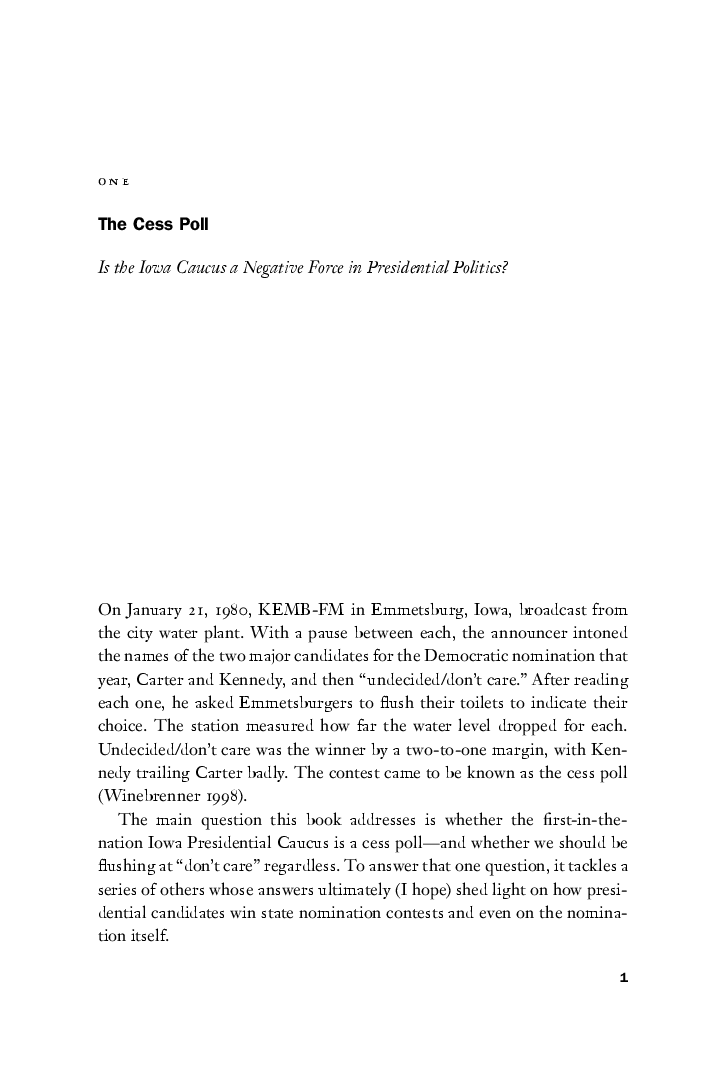 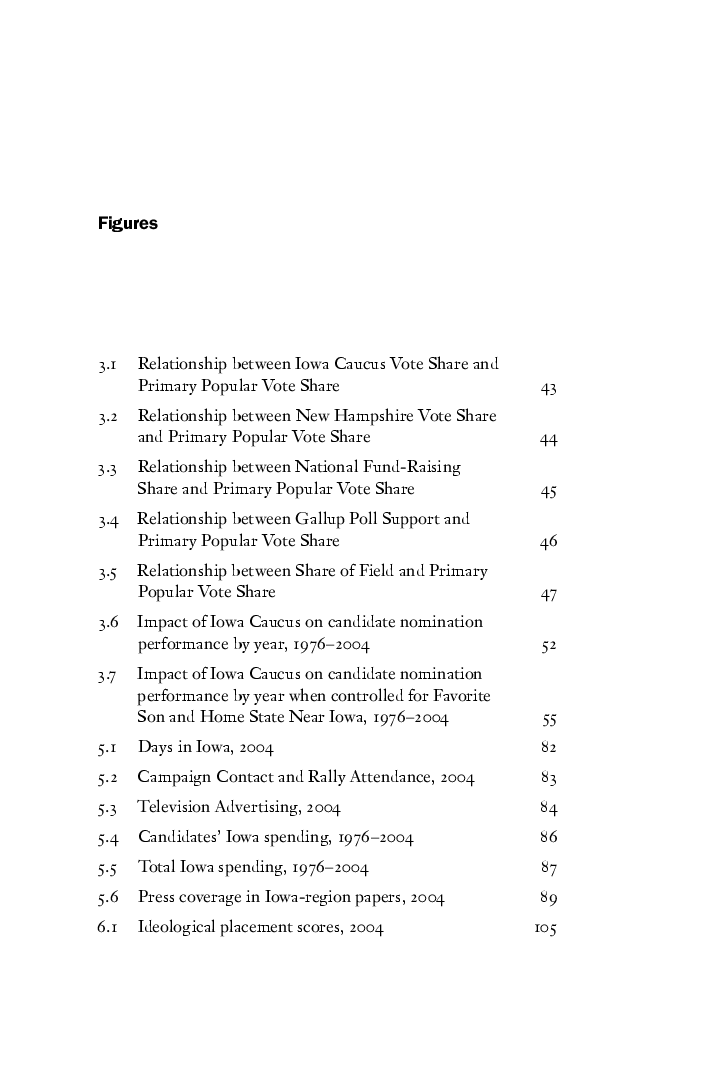 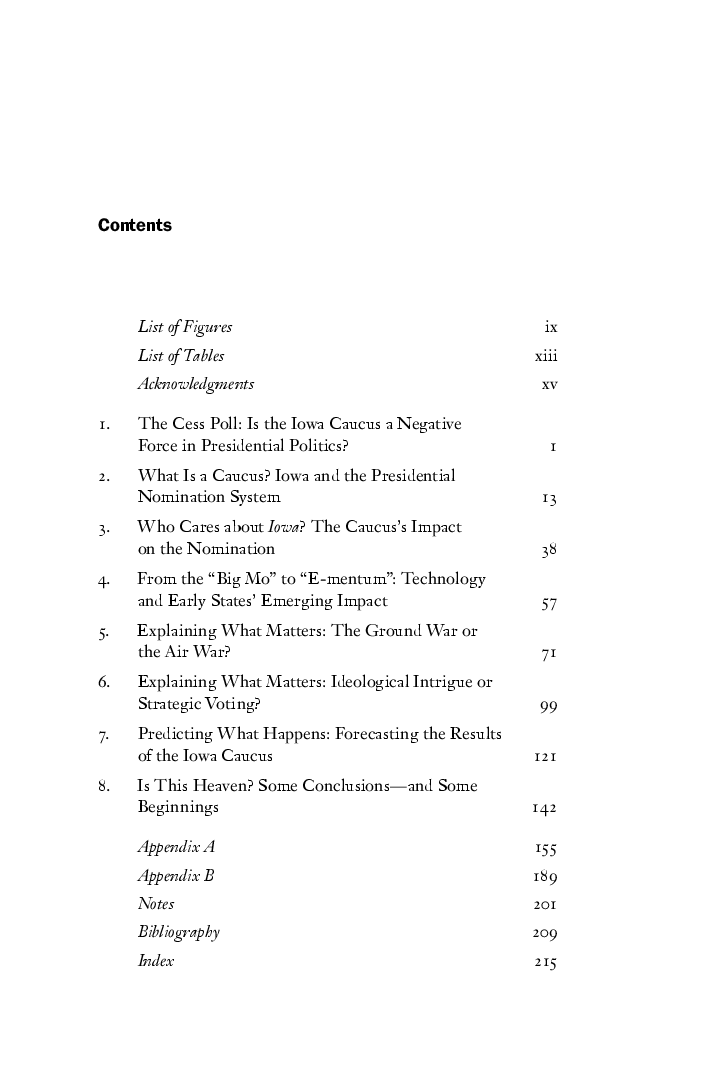 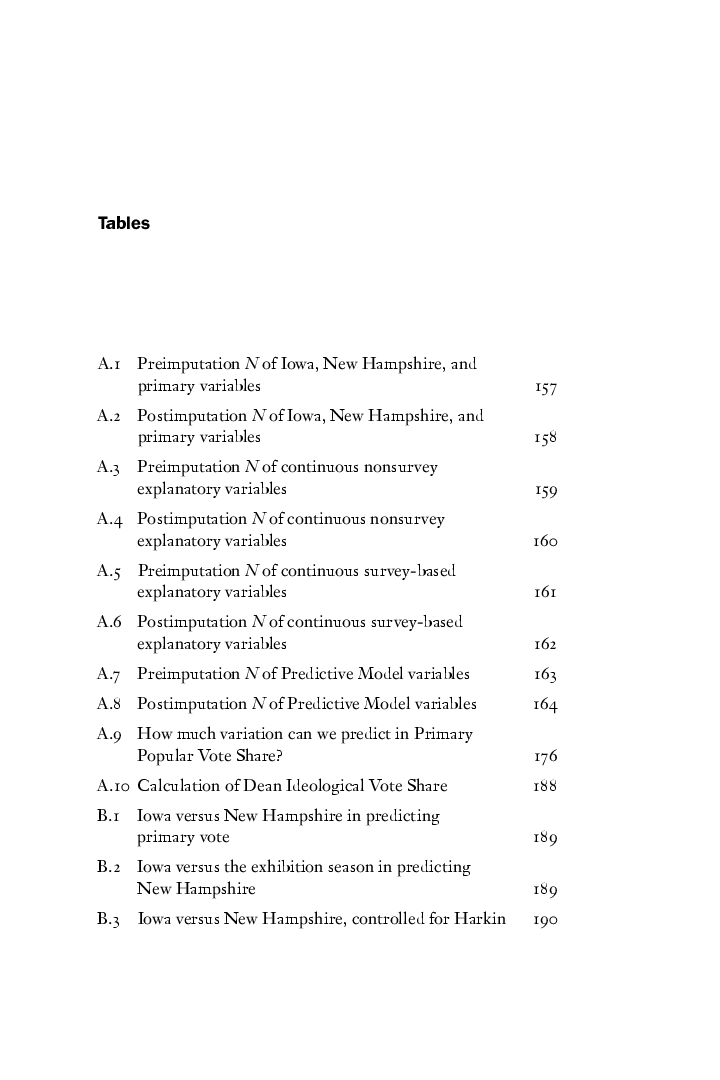