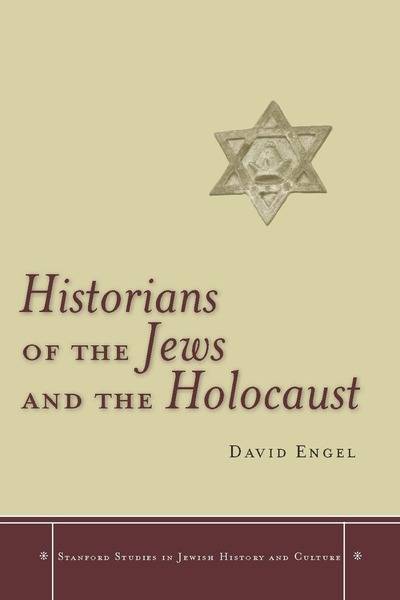 Historians of the Jews and the Holocaust
David Engel
SERIES: Stanford Studies in Jewish History and Culture

The Nazi Holocaust is often said to dominate the study of modern Jewish history. Engel demonstrates that, to the contrary, historians of the Jews have often insisted that the Holocaust be sequestered from their field, assigning it instead to historians of Europe, Germany, or the Third Reich. He shows that reasons for this counterintuitive situation lie in the evolution of the Jewish historical profession since the 1920s.

This one-of-a-kind study takes readers on a tour of twentieth-century scholars of the history of European Jewry, and the social and political contexts in which they worked, in order to understand why many have declined to view their subject from the vantage point of Jews' encounter with the Third Reich. Engel argues vehemently against this separation and describes ways in which a few exceptional scholars have used the Holocaust to illuminate key problems in the Jewish past.

"The book must be deemed a well-argued and impressive appeal for Jewish scholars—whose work Engel clearly admires—to step out of the shadows of the current perpetrator-dominated Holocaust debate and to show how the catastrophe can be fitted into Jewish historical development, thereby creating a more complete picture of Jewish history as a whole. Above all, Engel's book shows that historiographical thinking is often as important and thought-provoking as original scholarship and it is vital in providing the insights and questions about the current state of new thinking on the discipline that can lead on to further detailed empirical research."

"In this provocative book, David Engel tries to understand why most historians of the Jews have refused to let the Holocaust influence the way they see the Jewish past. Historians who study modern European Jewish history, Engel claims, "sequester the Holocaust," seeing it as a separate field unto itself or as a branch of European history but not as a phenomenon with roots in the history of Jewish-Gentile interactions in Europe."

"This Jewish professor predicts that overemphasis on the Holocaust martyrdom will eventually fade . . . [and suggests that] in Israel, 'the Holocaust' has become less an historical story, and more like a novelist's moral tale."

"David Engel's excellent book challenges scholars to reconsider the relationship between the Holocaust and modern Jewish history, two fields deliberately sequestered from one another by modern Jewish historians . . . Engel's is an important and provocative work that explains why the Holocaust has been the preserve of historians of Europe rather than historians of the Jews. It further points to the intellectual consequences of this development. It ought to be read and considered by anyone working in these areas."

"Engel uncovers the intellectual and sociological roots of a longstanding partition between Jewish history and Holocaust Studies and argues persuasively for its removal. This is an extremely important work that ought to provoke all modern Jewish historians to reflect on the assumptions governing their own work and their approach to the matters they study." 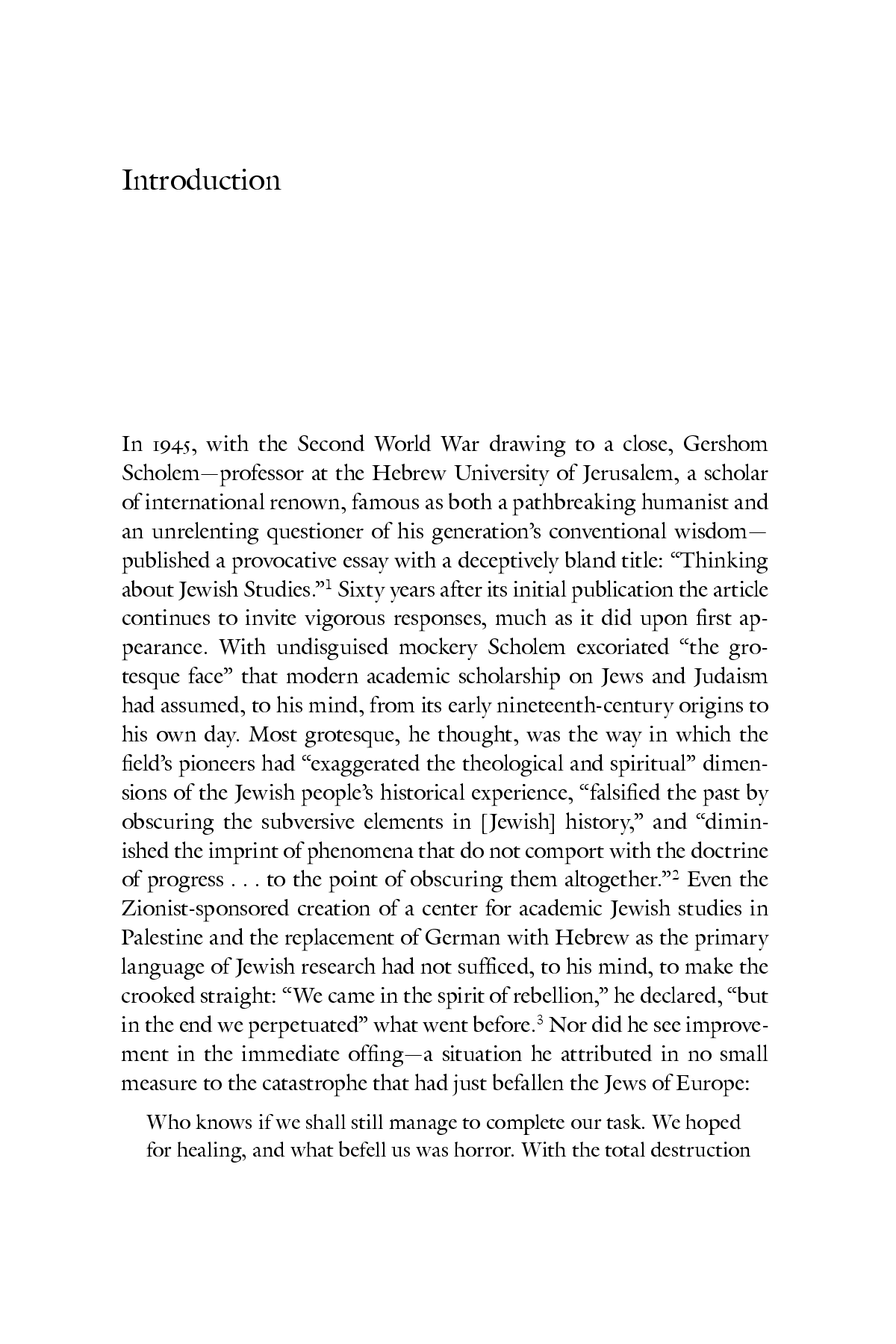 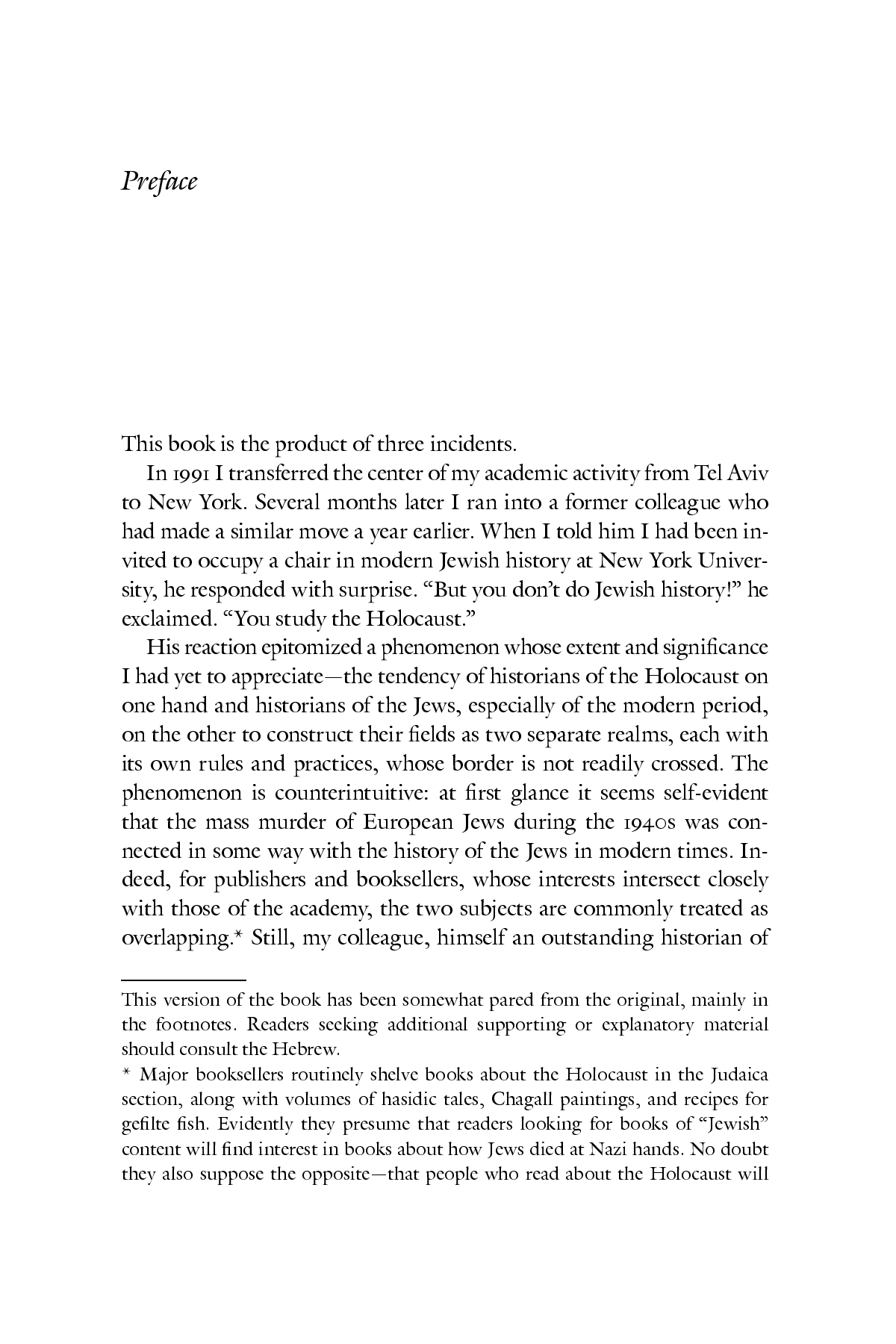 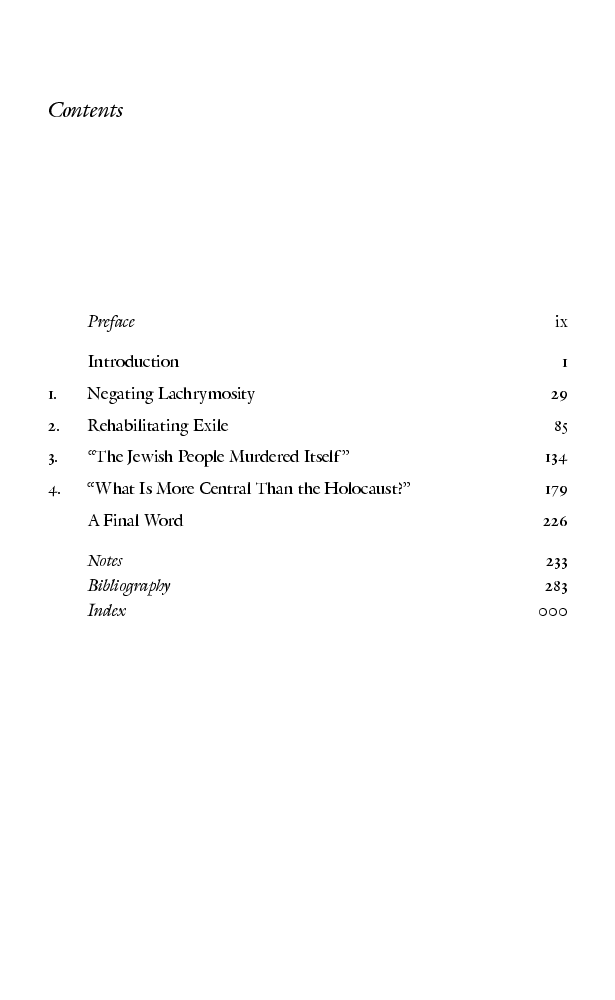