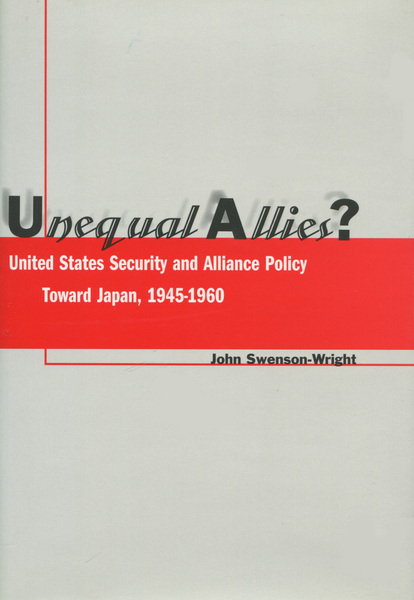 At a time when security and political relations between the United States and Japan are exhibiting renewed confidence and strength, this study provides a timely analysis and reassessment of the early Cold War’s trans-Pacific bilateral alliance. Taking issue with studies that have characterized the United States as largely dismissive of Japanese national interests, the book reveals an engaged and pragmatic leadership working to develop an active partnership with America's former adversary. Drawing on the latest scholarship in both Japan and the United States, exhaustively reassessing the diplomatic record, and relying on a wealth of newly released archival material, the author offers a reinterpretation of key issues in the early Cold War relationship. The work also casts dramatic new light on Japan's importance as a target of covert diplomacy and Soviet espionage—and the significance, in this context, of Japan's internal conflict between progressive and conservative values and the wider debate over national identity and political legitimacy.

"Unequal Allies is a thoughtful, well-researched, and provocative contribution to our understanding of how, in the wake of a disastrous war, two enemies forged a mutually beneficial and long-lasting relationship."

"... this is a monumental task, but Swenson-Wright handles it with apparent ease, presenting his analysis and conclusions in a clear and readable manner... [The] reader is left with the sense that the USA did handle Japan well."

"This important, well-written book fills a suprising lacuna in historical literature: there is relatively little available on the development of the bilateral security relationship during this important period. Swenson-Wright also sheds new light on the roles of key US officials such as John Foster Dulles, George Kennan, and Dean Rusk in shaping US policy on Japan, as well as on the significance of Japans internal political conflict about its relationship with the US."

"There occassionally comes a book of refreshing insight and discovery, a book that not just adds to the margin of scholarship but prods the reader to reconsider assumed wisdom. John Swenson-Wright of Cambridge University has written such a book."