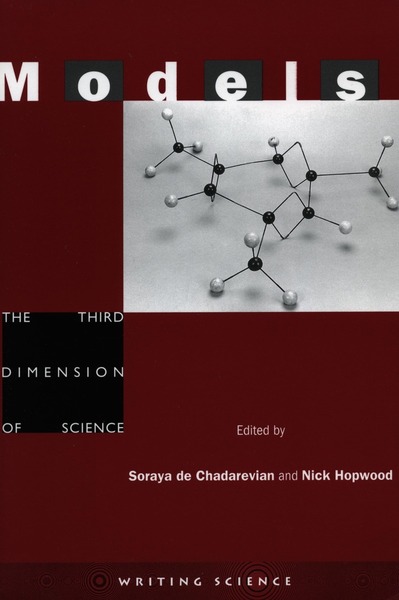 Now that ‘3-D models’ are so often digital displays on flat screens, it is timely to look back at the solid models that were once the third dimension of science. This book is about wooden ships and plastic molecules, wax bodies and a perspex economy, monuments in cork and mathematics in plaster, casts of diseases, habitat dioramas, and extinct monsters rebuilt in bricks and mortar. These remarkable artefacts were fixtures of laboratories and lecture halls, studios and workshops, dockyards and museums. Considering such objects together for the first time, this interdisciplinary volume demonstrates how, in research as well as in teaching, 3-D models played major roles in making knowledge. Accessible and original chapters by leading scholars highlight the special properties of models, explore the interplay between representation in two dimensions and three, and investigate the shift to modelling with computers. The book is fascinating reading for anyone interested in the sciences, medicine, and technology, and in collections and museums.

"...this collection of essays [provides] rich food for thought, and [is] a valuable source of material for comparison that goes well beyond the study of three dimensional models and includes, for example, the history of science as material culture, relationships between science and the public, and the relationship between different media in scientific practice."

"This finely focused theme and the historical specificity of each author's contribution sustain and propel the reader through this rich, provocative collection,"

" . . . [T]he wide-ranging chapters suggest intriguing aproaches to the investigation of objects which readers may wish to emulate."

"...[I]f you are interested in the history of science then Models-The Third Dimension of Science edited by Soraya de Chadarevian and Nick Hopwood is a highly stimulating and thought-provoking book to read."

"Models is a rich and engaging exploration of three-dimensional representations in science....This edited volume will certainly have a great influence on the future of research on scientific representation."

—Journal of the History of Biology

"The material presented in this book is so rich that it 'spills out' beyond its initial boundaries and opens up new connections and new possibilities. The book shows how working with three-dimensional models can provide a near infinite source of satisfaction for the scientist and the historian."

"I highly recommend this volume to every historian and philosopher of science. It will most certainly stimulate research in this important area of scientific practice and thus have a legacy that goes beyond the rich collection of materials assembled. Dare I say that it might even become a model for future explorations of the material culture of science?"

—The British Journal of the History of Science