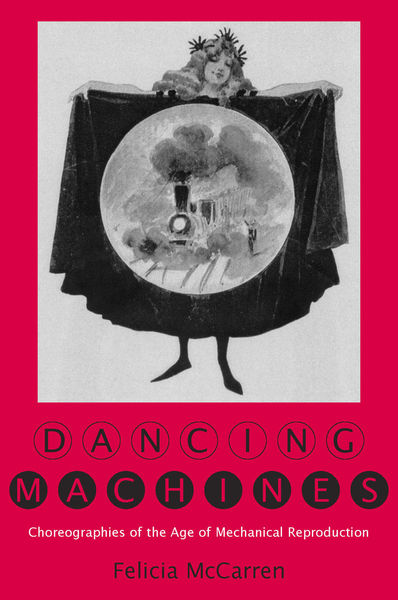 The age of high tech is haunted by an image from the last century that developed in the three decades between the patenting of the cinematographe and its turn toward sound: the dancing machine, paradox of the ease of mechanization and its tortures, embodiment of the motor and the automaton, image of fusion and fragmentation.

An excavation of this image, in the historical context of maximum productivity and mechanical reproducibility, reveals its development in European Modernism—Modernism drawn to dancers of American, African, and Asian origins, to Taylorism as well as to Primitivism, to cinema and to myth. This book traces the abstraction and anonymity of the bodies making machines dance, in the codes of modernisms graphic and choreographic, and in the streamlined gestures of industry, avant-garde art, and entertainment. What surfaces is dance’s centrality to machine aesthetics and to its alternatives, as well as to the early elaboration of the machine that would become the ultimate guarantor of modern dance’s de-mechanization, the motion picture camera.

Felicia McCarren is Professor of French at Tulane University and the author of Dance Pathologies: Performance, Poetics, Medicine (Stanford, 1998) and French Moves: The Cultural Politics of le hip hop(Oxford, 2013).

"In her second book (after Dance Pathologies, 1998), McCarren provides serious scholars a unique and illuminating perspective on early-20th-century European avant-garde."

"McCarren's ability to balance and integrate dance history, performance analysis, and textual analysis is rare. She has given us a book that opens up an entirely new perspective on dance modernism."