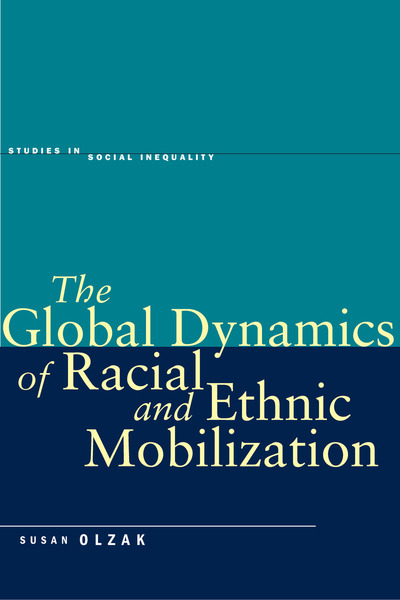 This book tests a new approach to understanding ethnic mobilization and considers the interplay of global forces, national-level variation in inequality and repression, and political mobilization of ethnicity. It advances the claim that economic and political integration among the world's states increases the influence of ethnic identity in political movements.

Drawing on a 100-country dataset analyzing ethnic events and rebellions from 1965 to 1998, Olzak shows that to the degree in which a country participates in international social movement organizations, ethnic identities in that country become more salient. International organizations spread principles of human rights, anti-discrimination, sovereignty, and self-determination. At the local level, poverty and restrictions on political rights then channel group demands into ethnic mobilization. This study will be of great importance to scholars and policy makers seeking new and powerful explanations for understanding why some conflicts turn violent while others do not.

"The Global Dynamics of Racial and Ethnic Mobilization provides a much needed impetus for conceptual debate and clarification and offers a new theoretical perspective on a critically important subject that will be generative of new lines of research. As importantly, it sets a high standard for systematic empirical work in a field that tends to elevate the particular dramas of historically defined ethnic groups over the more general dynamics that shape trajectories of collective challenges in an increasingly integrated world."

"Olzak suggests that the form and magnitude of ethnic mobilization depend on a state's position along the centre-periphery continuum and its embeddedness in the 'world system of organizations.' Her theoretical contribution is a very welcome reminder of the possible impact of global change on local ethnic conflict."

"This is a rich, provocative, and compelling work of potentially great significance in multiple fields. With this book, Susan Olzak continues her tradition of skillfully combining insights from different disciplines, notably sociology and political science, to illuminate a topic of increasing global importance."

"Patiently, precisely, relentlessly, and persuasively, Susan Olzak pursues questions of great weight for contemporary politics across the world: to what extent, under what conditions, and how does religious, ethnic, and racial fragmention drive conflict? One by one she knocks down the easy answers, making the case that location of countries within international webs of politics, economics, and organizations profoundly affects the propensity of their segments to mobilize, rebel, and fight one another."

"A practiced event historian of ethnic conflict in the United States, Susan Olzak has re-emerged as a consummate analyst of the relationship between globalization and ethnic movements in core and periphery. This is a book that world systems theorists, advocates of global civil society and students of social and ethnic movements will all want to read."

"This is a rich, provocative, and compelling work of potentially great significance in multiple fields. With this book, Susan Olzak continues her tradition of skillfully combining insights from different disciplines, notably sociology and political science, to illuminate a topic of increasing global importance." 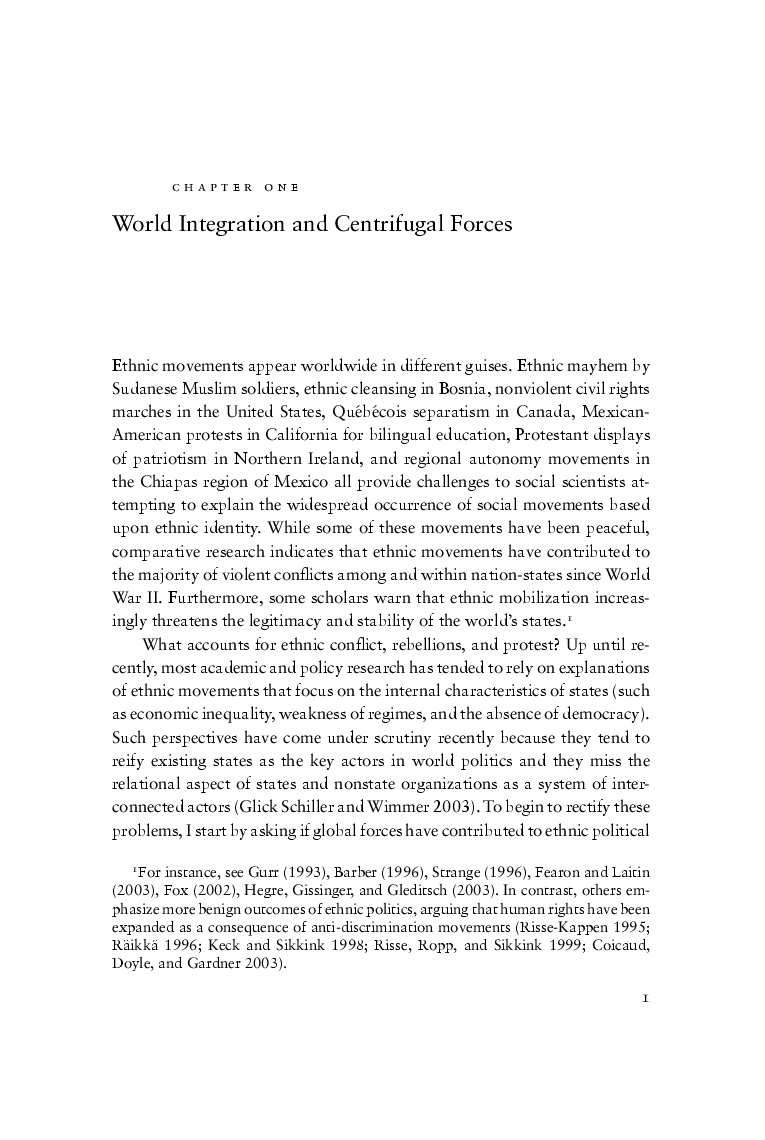 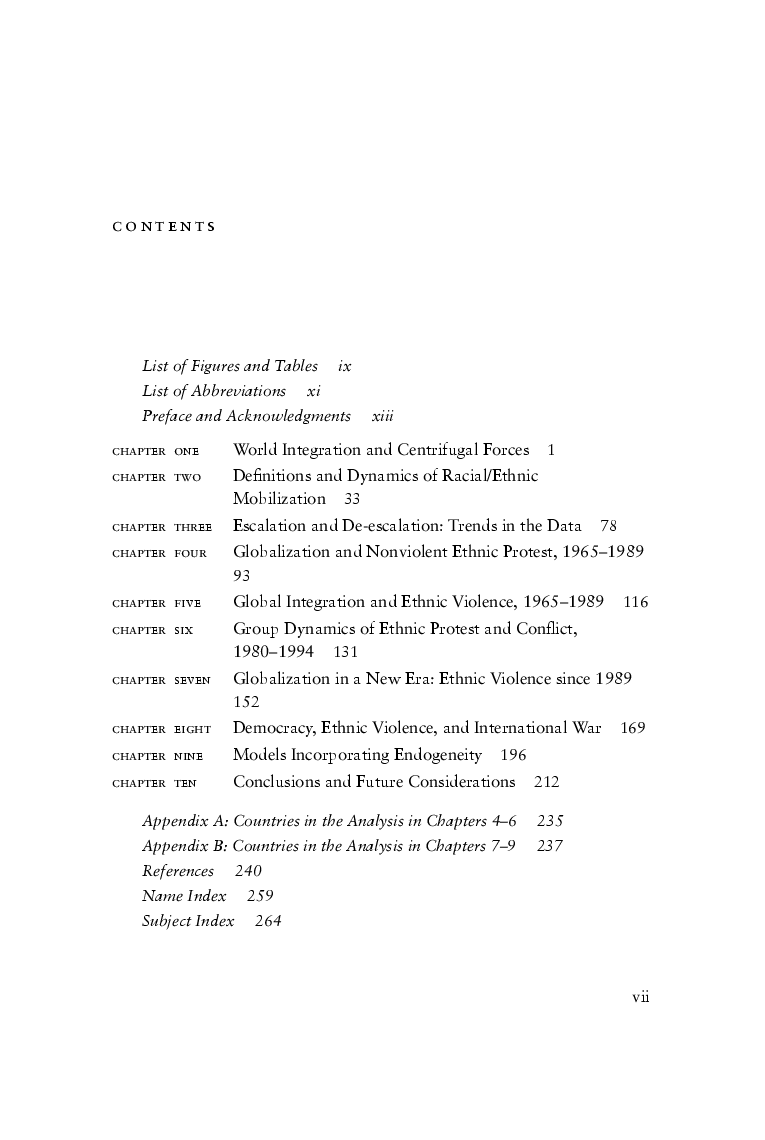